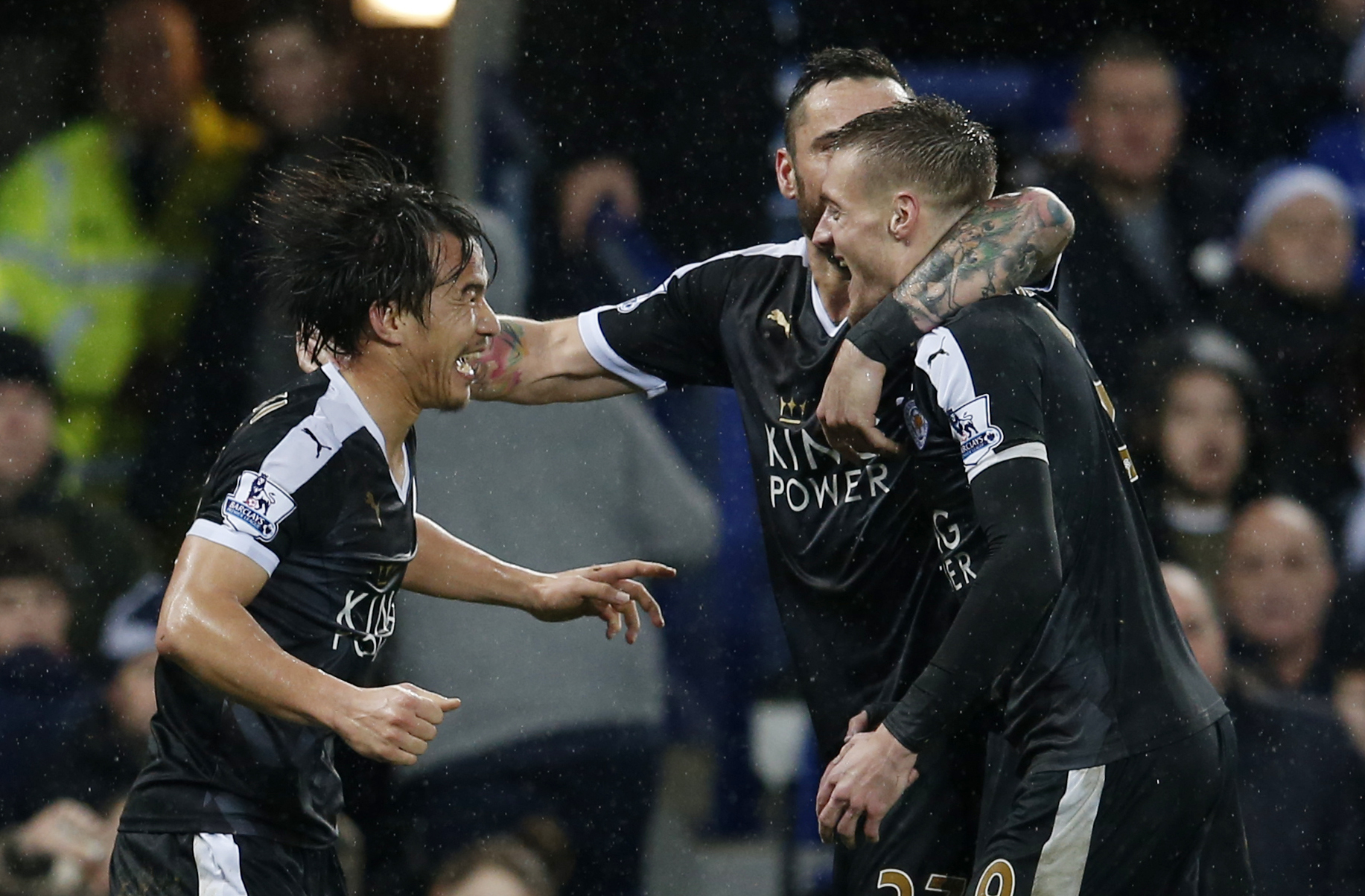 It is known as St Stephen’s Day in the Emerald Isle but over the Irish Sea it’s Boxing Day and it brings a bonanza of Premier League football. Here are ten things to look out for from the heavyweight list of fixtures but why not also get decked out in your club’s colours in time for the New Year by visiting our store here.

Manchester United manager Louis Van Gaal lasted just four minutes and 58 seconds before walking out of his press conference on Wednesday. He’ll probably have to stick around for a full 90 minutes if he wants to lead United to victory over Stoke but defeat could see the Dutchman in canals of tears before getting the clog from his position as Red Devils manager.

Maybe we should all just come to accept that Leicester City are going to win the league? Every week it seems inevitable the bubble will burst but after being top at Christmas, they might just be favourites to go to Anfield and take three points off Liverpool. The Reds are certainly unlikely to keep a clean sheet – Watford stuck three past them last week and Leicester have scored in every Premier League game this term.

Guus Hiddink lost just one of his 22 matches in his last spell as Chelsea manager and he’s back in an interim capacity again to clean up the mess left by Jose Mourinho. Whether Mourinho was the architect of his own downfall or an innocent bystander who was betrayed by a group of under-performing, overpaid players depends who you ask. But high-flying Watford, fresh off a 3-0 win over Liverpool, will be no pushover for Hiddink’s army.

Battle of the underappreciated

In any other Premier League season, Crystal Palace sitting outside the Champions League spots on goal difference alone and Bournemouth being mid-table after overcoming long-term injuries to half the population of the south coast would be two of the biggest stories of the season so far. Instead with everything happening at Leicester, Manchester United and Chelsea this high-performing pair have been largely ignored but three points for either on Saturday could change that.

Not to put too fine a point on it but sitting bottom of the table and ten points from safety at Christmas, Aston Villa are up a well-known creek without so much as a paddle. It might sound ridiculous to say they have to win a game in December to keep their survival hopes alive but as a West Ham side without a win for two months come to town, three points is undoubtedly a necessity.

Is there any one man more important to his team in the Premier League than Vincent Kompany is to Manchester City? When he starts, City are unbeaten in eight games this season – conceding just once – whereas they have lost five of nine, shipping 18 goals, without him. The bad news for Sunderland is the big Belgian is expected back from a calf injury on Saturday.

Swansea welcome West Brom to the Liberty Stadium still without a manager since the sacking of Garry Monk. The Swans are winless in eight games now suggesting that caretaker boss Alan Curtis doesn’t have an easy task in keeping the ship afloat as the wait for a permanent answer goes on. Meanwhile West Brom probably have the man at the helm in Tony Pulis that most managerless clubs struggling near the bottom of the table would give their right arm, or at least a few fingers, for.

When asked if his Tottenham side can win the title, manager Mauricio Pochettino replied “in football, all is possible.” They currently lie fourth, nine points from the summit, but after the unpredictable season we’ve seen so far, it would be foolhardy to write them off. A home victory over Norwich – regardless of their impressive win over Manchester United last time out – is an absolute must if they are to challenge however.

Watch your back, Dixie

If he scores against Newcastle, Romelu Lukaku will become the first Everton player since the legendary Dixie Dean to net in nine consecutive games. The Belgian’s goalscoring heroics haven’t stopped the Toffees from being maddeningly inconsistent however, a statement that also applies to the Magpies – they promptly followed up great wins over Liverpool and Tottenham with a home draw against hopeless Aston Villa.

Mesut Ozil’s 15 Premier League assists for Arsenal this term are more than double anyone else and have him on course to break the record for most in a season. His form has helped the Gunners become bookie’s favourites to win the title but victory over Southampton at St Mary’s to round out the Boxing Day action would be another step in the right direction.