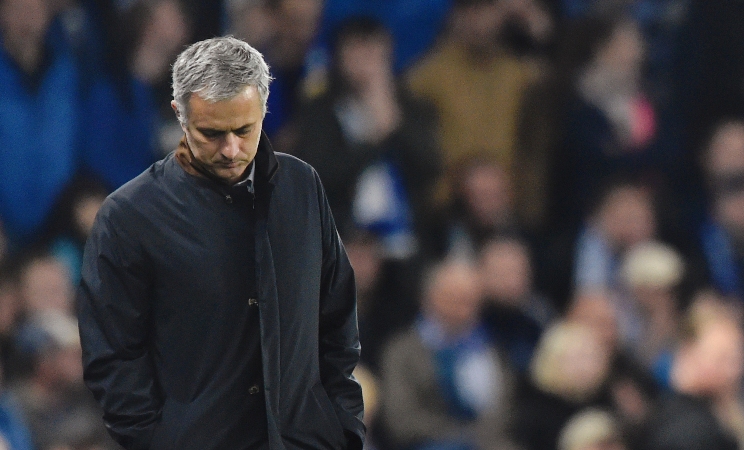 THE INTERNATIONAL BREAK IS OVER AND THE PREMIER LEAGUE IS BACK. HERE’S OUR TEN THINGS TO WATCH OUT FOR AND WHILE YOU’RE WAITING FOR THE ACTION TO KICK OFF, WHY NOT CHECK OUT OUR ONLINE STORE BY CLICKING HERE. 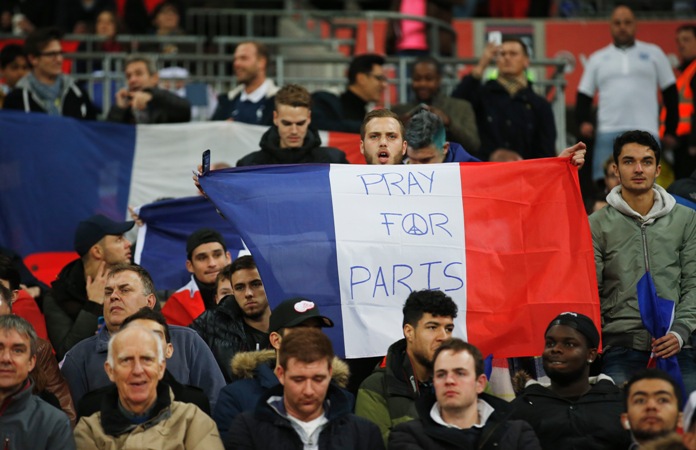 Supporters at Vicarage Road will be the first to hear the French national anthem this weekend when Watford take on 20-time Premier League champions Manchester United in the Saturday lunchtime kick-off. La Marseillaise is set to be played at every Premier League ground in tribute to the 129 victims of terrorist attacks in Paris last Friday.

Can Chelsea stop the rot?

Incredibly the Premier League champions are on a run of three consecutive league defeats and welcome Norwich City– notoriously strong on the road under boss Alex Neil – to Stamford Bridge on Saturday. An unfavourable set of the results could see Chelsea end the weekend inside the relegation zone.

You have to go back to October 2013 for the last time Romelu Lukaku scored in three consecutive Premier League games. But the 22-year-old striker can do just that this weekend and, with bottom-of-the-table Aston Villa the opposition, who would bet against him?

Only injury can stop Vardy

On the brink of history, Leicester City striker Jamie Vardy faces a race against time to be fit to step out against Newcastle on Saturday. Vardy missed this week’s England internationals with a hip injury but, should he be fit to play, will be looking to score for a tenth consecutive Premier League game.

Saints are on the march

After a slow start to the season, Southampton are on an eight-match unbeaten run in all competitions – with wins in six of those. Italian stallion Graziano Pelle is in top form and victory over Stoke at St Mary’s this weekend would see Saints finish the day fifth in the Premier League table.

Call it a draw?

It’s the battle of the division’s out-of-form teams at the Liberty Stadium this weekend when Swansea – with one win in eight games – play host to Bournemouth, on a run of one win in nine. The duo are managed by two of the most promising young English managers in the game and though only one of them – Garry Monk – is seemingly under pressure, both are desperate for a result.

Arsenal can return to the Premier League summit for at least a couple of hours if they can get a result at West Brom. Arsene Wenger’s men are unbeaten in nine league games against the Baggies, but their recent form has been patchy – recording just one win in their last four games in all competitions.

Goals galore? Don’t bet on it

The last six league meetings between Manchester City and Liverpool have produced 23 goals. But two of City’s last three outings have finished 0-0 and only their keeper Joe Hart has kept more clean sheets in 2015 than Liverpool stopper Simon Mignolet. We all know what is going to happen here.

Carrier bags were free the last time Tottenham Hotspur lost in the Premier League. Not since Kyle Walker put through his own net at Old Trafford on the opening day of the season have Spurs finished a match empty-handed. But the Hammers have been formidable on their travels this term and have not lost at White Hart Lane since 2012.

Sunderland are the only Premier League team yet to register a win on the road this season. Though a new-found resilience under boss Sam Allardyce could be expected their last away encounter finished in a 6-2 drubbing at Everton. They could be set for more misery at Crystal Palace on Monday night.