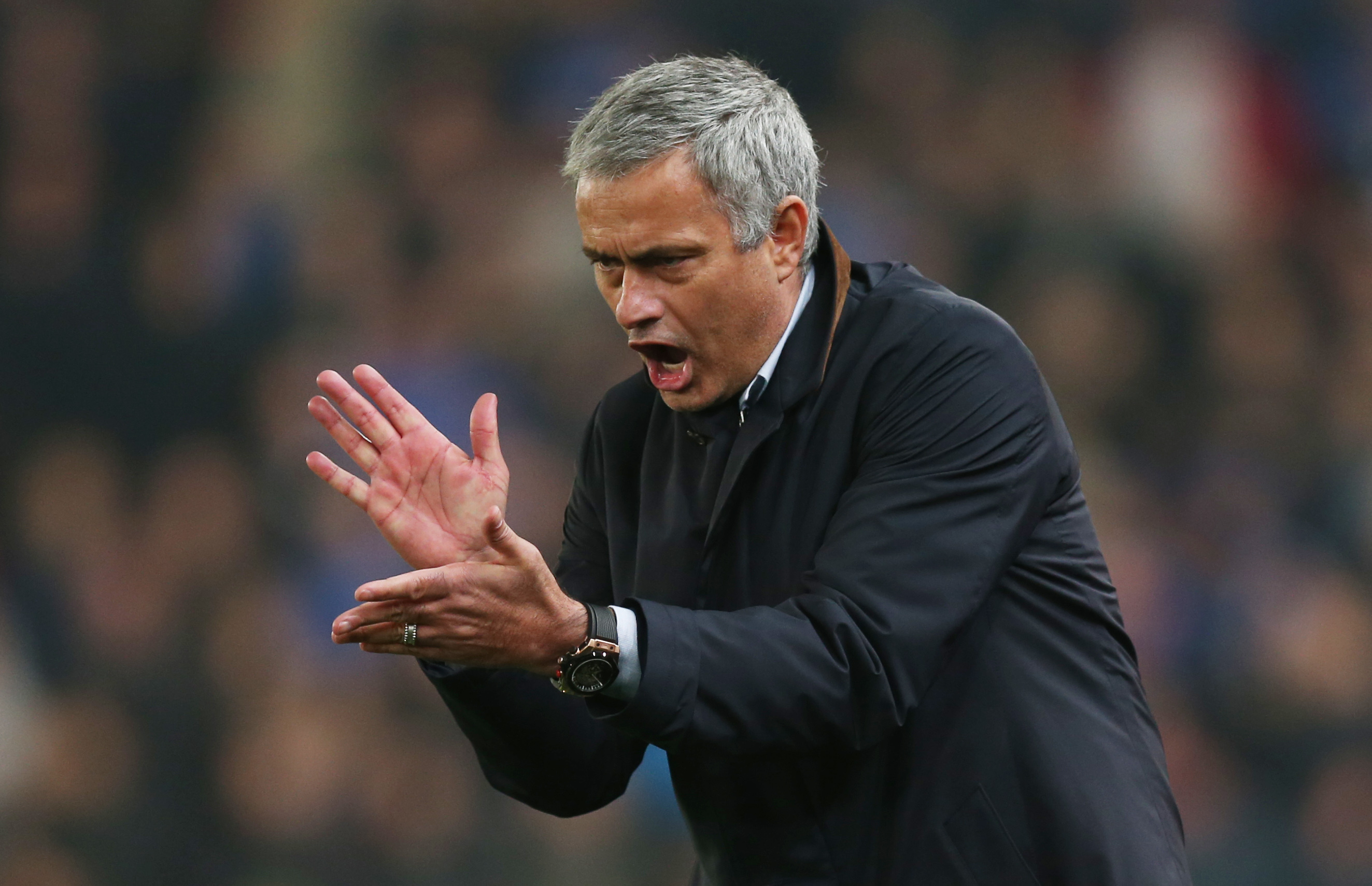 AFTER A WEEK FILLED WITH CUP UPSETS AND PENALTY DRAMA, THE SANCTUARY OF THE PREMIER LEAGUE IS BACK, SO CLICK HERE TO VISIT OUR STORE AND GET DECKED OUT IN YOUR CLUB’S COLOURS. HERE’S OUR 10 THINGS TO LOOK OUT FOR THIS WEEKEND.

Jose Mourinho is a man in crisis, lashing out at referees, being sent to the stands and skipping press conferences as Chelsea’s nightmare start to the season continues. He is expected to be in the dugout for Saturday’s clash with Liverpool, despite facing a misconduct charge from the FA – what will he do next?

Can van Gaal bite back?

Louis van Gaal’s Manchester United came under some intense criticism from Red Devils legend Paul Scholes after they were knocked out of the Capital One Cup on penalties by ten-man Middlesbrough. “There’s a lack of creativity and risk,” said Scholes. “It seems he (Van Gaal) doesn’t want players to beat men and it’s probably not a team I’d have enjoyed playing in.” Will the United boss let his players do the talking at Crystal Palace?

Tim Sherwood’s troubled reign at Aston Villa came to an end last weekend, just before a trip to face his old club Tottenham. How will the Premier League’s bottom club – under caretaker boss Kevin McDonald – fare against a Spurs side who hit five past Bournemouth last weekend?

Will West Ham wilt at Watford?

The Hammers have made a habit of toppling the big guns in the Premier League this season, adding Chelsea to their list of conquests last time out. But can Slaven Bilic’s side reproduce that at Vicarage Road? Their last league defeat did come at the hands of another newly-promoted side, in the shape of Bournemouth.

All aboard the Vardy bus

Jamie Vardy continued his remarkable run of goal-scoring last weekend, netting his tenth of the season and taking his scoring streak to seven league games in a row. West Brom are the next side charged with the task of trying to stop him and you can bet manager Tony Pulis has something up his sleeve.

We need to talk about Kevin

Without Sergio Aguero and David Silva for their last few games, Manchester City have surely struggled in the final third, right? Wrong – and Kevin De Bruyne is the main reason why. The Belgian continues to enjoy a superb first season back on these shores and next up he will have the Norwich defence scrambling to shut him up.

Newcastle – and especially Fabricio Coloccini – endured a disastrous Tyne-Wear derby on Sunday, the Argentine defender sent off as Sunderland won 3-0. But he is back, fresh from an overturned ban, and Steve McLaren’s side have plenty to prove against Stoke.

Arter’s out of the woods

Bournemouth have been struck down by injuries to some big players already this season but they could welcome one back for a Premier League debut at Southampton. Midfielder Harry Arter – who played a key role in last season’s promotion campaign – returned from a lengthy absence in midweek and could feature at St Mary’s.

Sam Allardyce’s second game in charge at Sunderland brought victory over local rivals Newcastle, just like the job’s previous incumbent, Dick Advocaat. Advocaat, however, followed that with a 4-1 thumping at the hands of Crystal Palace, while Allardyce’s Black Cats travel to Everton on Sunday hoping not to follow suit.

Can Arsene gun down the Swans?

Arsenal visit the Liberty Stadium to round off a rollercoaster month. After beating Manchester United, Watford, Bayern Munich and Everton, the Gunners came crashing back down to earth at the hands of Championship side Sheffield Wednesday on Tuesday. Now they face a Swansea side that beat them home and away in the league last season.