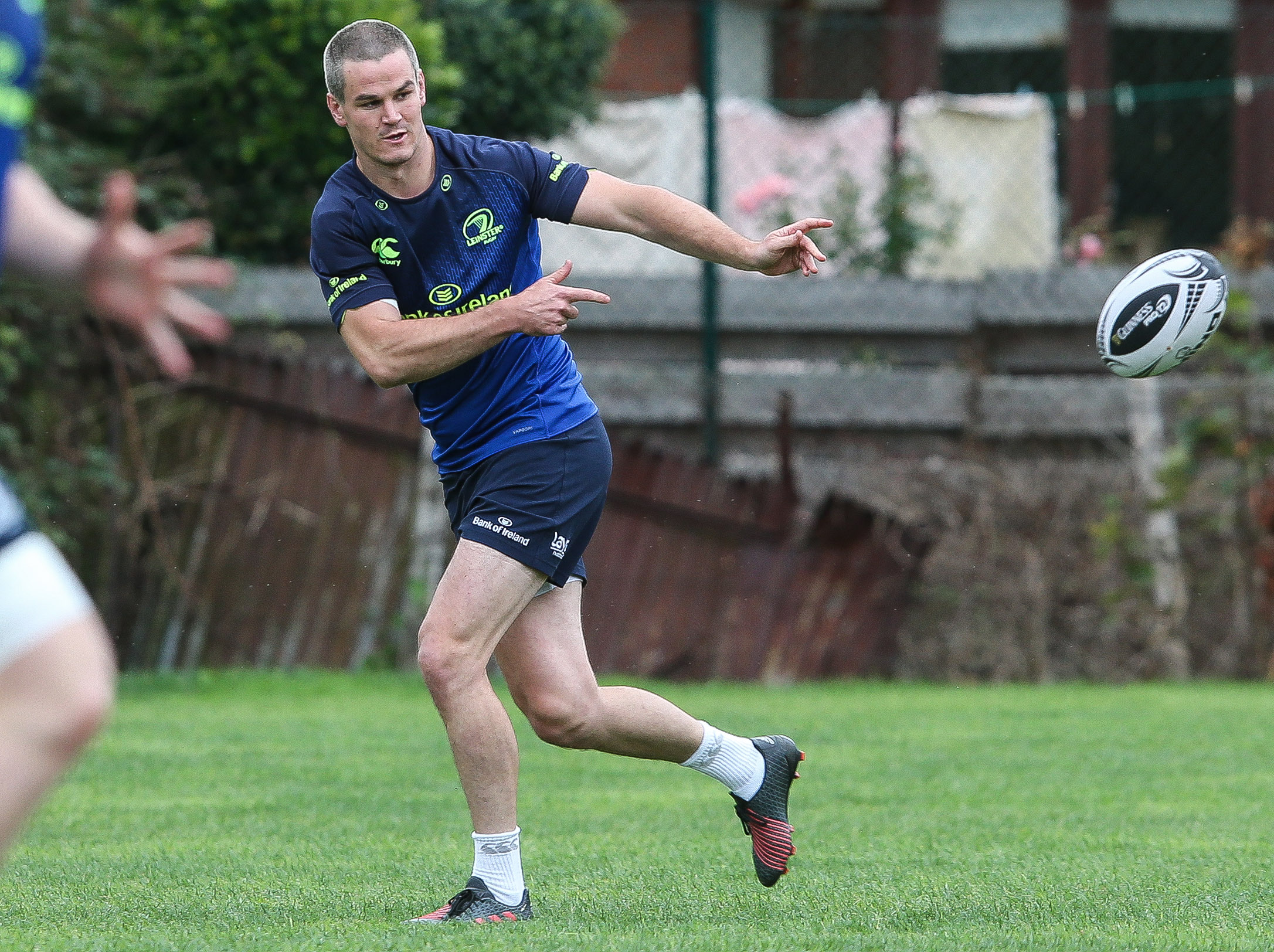 Joey Carbery may have enjoyed a fine start to the new Guinness Pro12 season but the excitement building around the RDS Arena ahead of Friday’s game with Ospreys is because of a different Leinster number 10.

Johnny Sexton last wore a Leinster jersey in the Pro12 final in May, where he sustained the shoulder injury that prevented him from playing for Ireland against South Africa this summer, but he is set for his first appearance of the season this weekend.

The 31-year-old, regarded as one of the finest fly-halfs in the world, is not guaranteed to start this week but his presence will boost Leo Cullen’s men ahead of their toughest test of the season so far.

Ospreys have started the new campaign on fire by becoming the first side in Pro12 history to take maximum points from their opening three games, but they are yet to face a side as good as Leinster or a player as good as Sexton.

“To see the amount of work that he’s put in to get back fit is incredible and it’s a credit to him.

“He’s been in here at six in the morning, doing his rehab and getting himself ready through his sessions.

“Even in the last week, the energy he brings to the group. So it is massive to have him back and it’s been really helpful for him to have been around for the whole of pre-season.”

Rhys Ruddock is also expected to return for Leinster, but full-back Rob Kearney has been ruled out for the next two weeks with a knee injury.

Ospreys can counter the return of Sexton with their own 2017 Lions fly-half contender in Dan Biggar, who made his first appearance of the season off the bench against Treviso last week.

Across Ireland, Munster are looking to extend their dominant record over Edinburgh Rugby on Saturday to 23 wins from 29 matches when the pair clash in Cork.

The match will be the first at Thomond Park for Rassie Erasmus, whose side have won two from three so far.

Munster will be without winger Keith Earls after he pulled out with a hamstring injury, but back-row pair Tommy O’Donnell and Peter O’Mahony are nearing a return.

The Munstermen’s only defeat this season was a home game against Cardiff Blues at Irish Independent Park, and Erasmus will be happy to get his team back to Thomond where they have not lost in 2016.

“To win the two away games but then lose momentum by being beaten at home was not ideal,” he said.

“I always feel winning away gives great confidence, but on the flip side, losing at home takes confidence away.

“It really takes guts and hard work and accuracy to win that back, and it takes longer to win it back than lose it. But it shouldn’t be the thing that drives us. It’s our plan on the field that drives us.

“Our first home game was two weeks ago, but this is the first one at Thomond Park, so hopefully this one will go much better.”

ENTER WWW.LIFESTYLESPORTS.COM/MUNSTERRISING TO NOMINATE YOUR CLUB OR SCHOOL TO BE REPRESENTED BY MUNSTER WHEN THEY TAKE ON THE MAORIS.