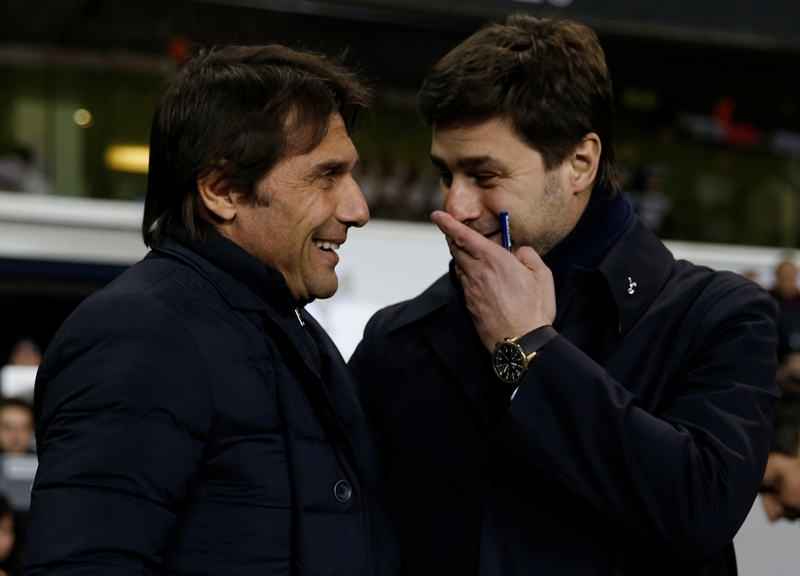 What does Saturday’s FA Cup semi-final mean for the title race?

The Premier League’s top two go toe-to-toe at Wembley this weekend, but could what transpires have an impact on a whole lot more than just the FA Cup itself?

For long spells of the season, it was seemingly a case of when and not if Chelsea would be crowned Premier League champions but all of a sudden, the pendulum is winding ever closer to a swift swing in the direction of Tottenham Hotspur.

Sure, Antonio Conte’s Blues and Mauricio Pochettino’s Spurs will be battling it out for a place in the FA Cup final, but maybe Saturday evening’s semi-final will also have major implications on the title race.

Momentum – managers and players will bang on about it until they’re red in the face, and these two teams are enjoying contrasting runs of form at this present moment.

When Chelsea were beaten 2-1 by Crystal Palace at Stamford Bridge on April 1, so ended a 12-match unbeaten run in all competitions.

Conte’s men responded with important victories over Manchester City and AFC Bournemouth but they then also slipped to a second defeat in four games, losing 2-0 to former manager Jose Mourinho’s Manchester United on Sunday.

A lead at the top that stood at 13 points on March 17 has now been whittled down to four with six games to go – and Spurs are flying.

Pochettino’s troops have won their last seven matches in the Premier League, conceding just four goals along the way.

For Chelsea, Saturday’s FA Cup showdown is a chance to clip Spurs’ wings and strike a psychological blow against the team breathing down their neck in the league.

Before they get back to league action with a game against Southampton next Tuesday, Conte’s side will be able to arrest their recent wobble and boost their confidence with a vital victory over their nearest challengers.

Spurs meanwhile could move a step closer to clinching their first major honour since the League Cup in the 2007-08 season, and send a message to the league leaders that reads: ‘we’ve beaten you to the FA Cup final – and we’re going to beat you to the Premier League title as well’.

If they’re to halt Spurs’ free-flowing attack, Chelsea will need to find a way to get a handle on Dele Alli.

The 21-year-old midfield sensation has racked up 19 goals and six assists already this season and notched both goals when Tottenham beat the Blues 2-0 at White Hart Lane in January.

Conversely, and like so many other times this season, Eden Hazard could inspire Chelsea to victory.

But, as former Blues manager Jose Mourinho demonstrated with an Ander Herrera-shaped straightjacket last Sunday, the fleet-footed Belgian can be marked out of a game – a job for Eric Dier, perhaps?