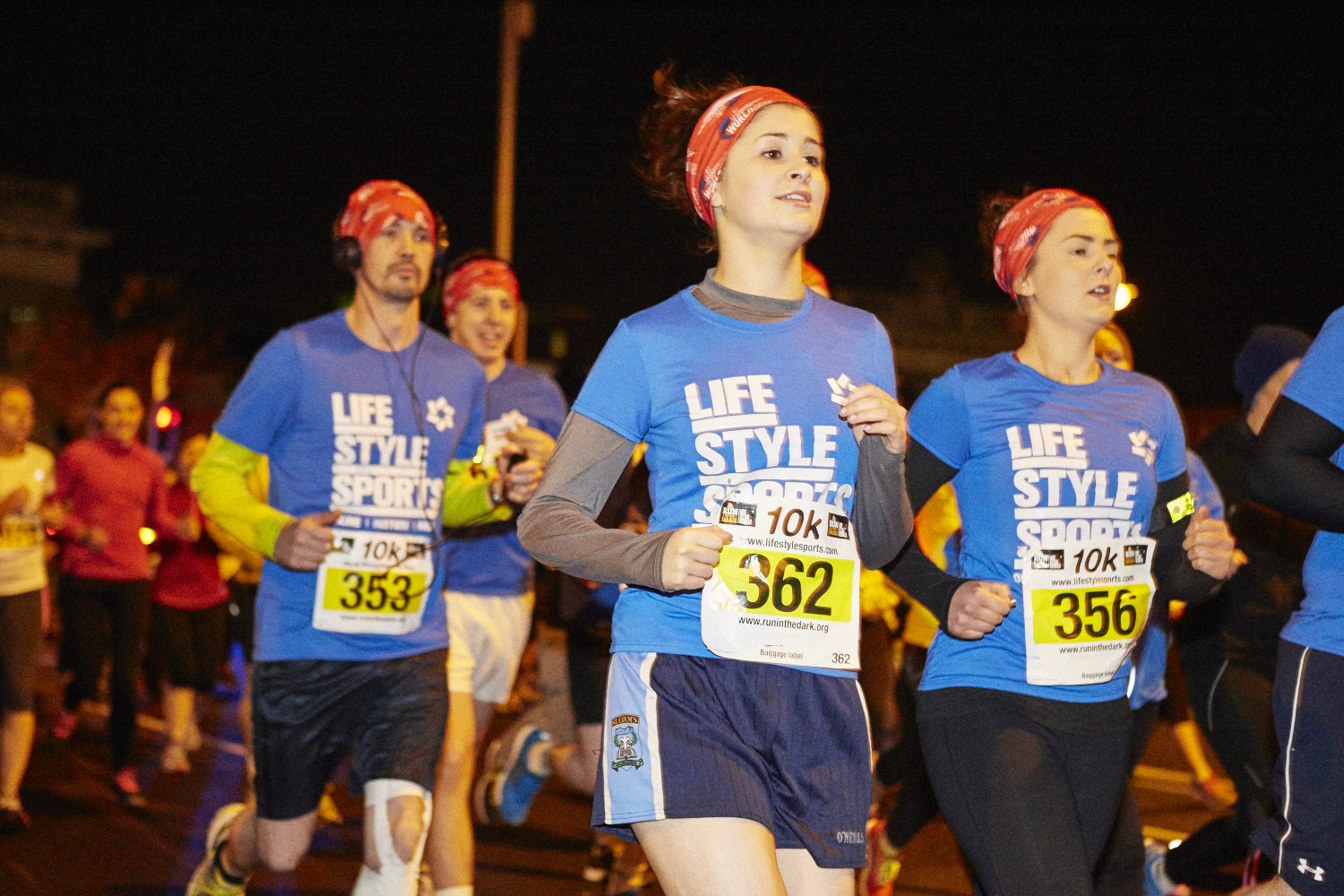 RUN IN THE DARK: MONITORING PROGRESS

JOHN O’REGAN IS THE OFFICIAL RUNNING COACH FOR THIS YEAR’S LIFE STYLE SPORTS RUN IN THE DARK TAKING PLACE ON WEDNESDAY NOVEMBER 11TH 2015 AT 8PM IN 50 LOCATIONS WORLDWIDE. JOHN HAS RAN OVER 50 MARATHONS AND ULTRA MARATHONS ON SEVEN CONTINENTS / 20 COUNTRIES AND REPRESENTED IRELAND ON 10 OCCASIONS AT ULTRA MARATHON DISTANCE. JOHN WILL BE GIVING US WEEKLY TIPS AND TRAINING PLANS TO GET YOU IN SHAPE AND READY TO RUN ON NOVEMBER 11TH.

Every so often you need to stop and think about how far you’ve come as the progress won’t always be obvious or your training might not be productive.

A simple test can be repeating a session from early on in your schedule that you found tough and comparing that with how it feels now.  If it still feels the same then you need to make a comparison with the time taken to complete as you can’t always base progress solely on how you feel after completing a session.

This is because as you get fitter and stronger you will start to run faster even though the effort feels the same so the comparison will need to be measured by time rather than effort and if it feels the same but takes less time then you’ve improved.

If you use a Heart Rate Monitor then a simple test would be selecting a very easy heart rate zone with a difference of 5 beats between the lower and upper end of the zone, to select a zone you could take the average heart rate from one of your regular easy runs and use the average as the midpoint of the zone and go 2 beats either side to create the testing zone.

To get a benchmark for making future comparisons you run a set distance staying within these parameters even if it means walking on the inclines to keep the heart rate constant.  Note the time taken to complete and do the exact same test run over same route every 2-4 weeks.  To get the most from this session you need to run the exact same route when repeating and try doing it after a rest or easy day.

If you notice an improvement then it’s a sign that your training is productive and you are responding to the stimulus created from your exercise routine.   If you don’t seem to be improving but remaining the same then you can try increasing the pace during one of your runs or start running a more undulating route as this will work your heart and lungs a little bit more.

Don’t get disheartened by the occasional result that might indicate you are going backwards rather than forwards as sometimes a drop in performance can be an advance warning of an illness brewing or possibly you are just trying to do too much.

Have a think about might be causing it and in some cases making a few lifestyle changes can be all that’s needed.  Improving your quality of sleep by going to bed earlier and ensuring you are getting enough rest and recovery along with good nutrition should be enough to get you moving forward again.

·         Use the Baseline as starting point to monitor progress / improvement

·         Regular testing will ensure you are heading in the right direction.

It’s advisable to consult with your doctor before starting on any new exercise regime if starting from a base of zero fitness and years of inactivity or returning from illness or injury.

Get yourself in the right gear for the race by checking out the latest range of running & fitness products in our online store here.