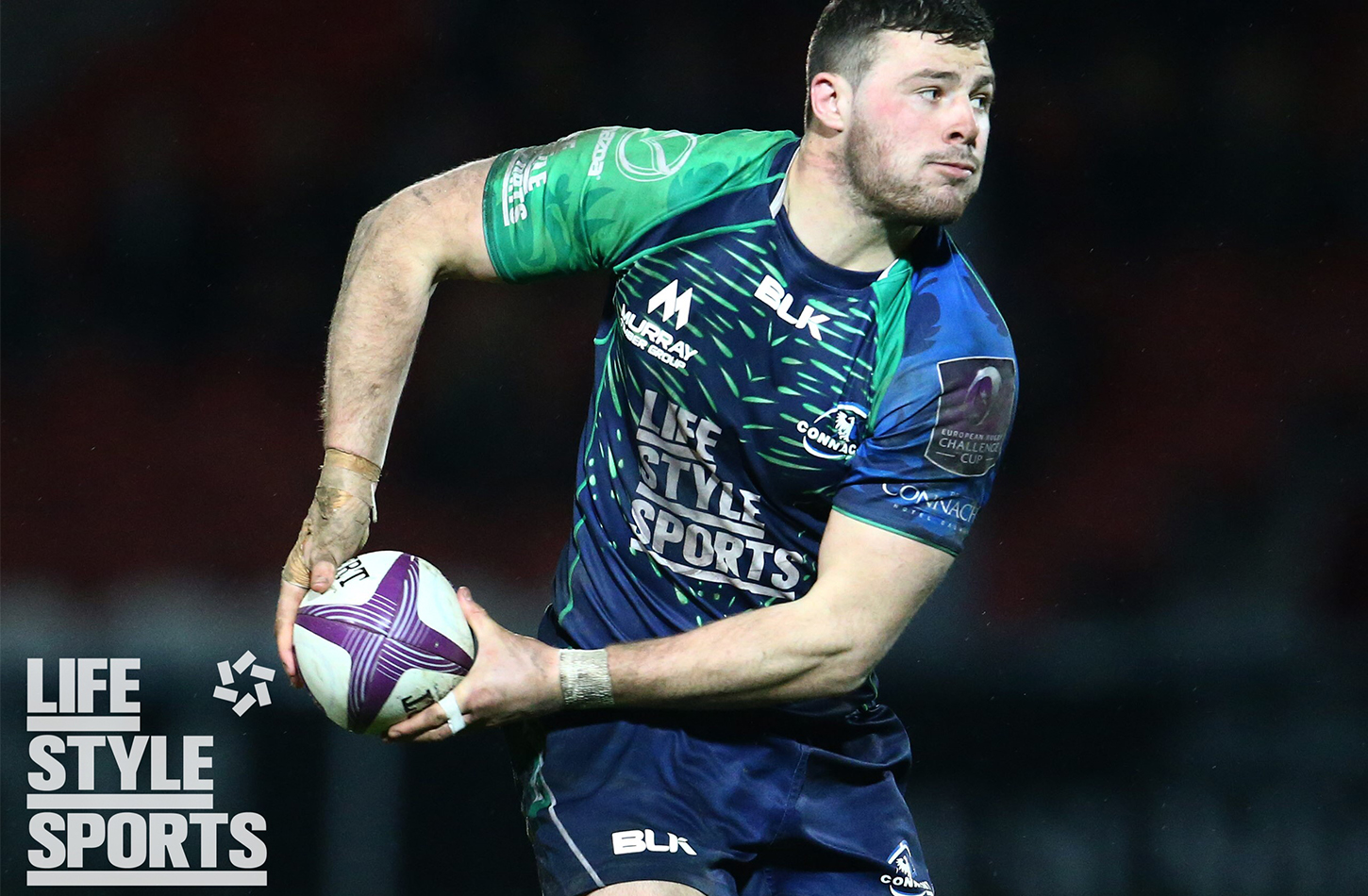 ROBBIE HENSHAW IS READY TO FRONT UP AND RISE UP

I’VE HAD AN ABSOLUTE ROLLERCOASTER OF LATE WITH IRELAND BUT IT WAS BRILLIANT TO GET BACK WITH THE LADS AT CONNACHT AT THE WEEKEND FOR THE EUROPEAN CHALLENGE CUP.

Gloucester are a really quality outfit, with a lot of internationals in their team including the likes of Billy Twelvetrees and James Hook. We played a lot of good rugby in the second half and put some pressure on Gloucester but it was down to how we played in the first half. If we had woken up earlier on rather than just in the second half we might have got something from the game, so it was disappointing to lose 14- 7.

Our focus now is on the PRO12 and making sure we finish in the top six and gaining that all important qualification for next year’s Champions Cup. We are really looking forward to the game against Ulster on Saturday. It’s not going to be easy but we are at home at the Sportsground. We’ve already beaten the other two provinces at home this season but it’s never been done before to beat all three. That’s a target we have got to try and chase now. It would be great to create history.

“Inter- provincial games are always a massive occasion and you always get a sell- out crowd. There’s a massive rivalry and it’s great to hear the fans behind you. I tend to get a bit more nervous going into these games as you know what it means to everyone.”

But I won’t change any of my usual preparations, especially. I’ll get to the Sportsground in plenty of time, catch up with the lads and go through a few meetings and then it will be onto the game. I’ll just be trying to stick to my own game and putting in a good performance. It’s massively important to try and get a win and get some momentum until the end of the season. Edinburgh and Scarlets are not far behind us in the race for that sixth spot. It’s a really tight battle and will go down to the wire, I’m sure.

For Connacht as a club, it’s crucial to be in Europe and in the Champions Cup in terms of bringing the big teams to Galway. We’re only a small city but the supporters come from all over and the atmosphere at the stadium and the city is electric. So it’s big for the club and for the city. Every player wants to be testing themselves against the big teams and the best players.

My season so far has been unbelievable, I could never have imaged at the start that it would have gone so well with Ireland. I thought I might get a couple of games in the autumn and then be pushing to be part of the squad for the Six Nations but to play in every game and have such a role in my first full season with Ireland has been great. There were so many highlights from the Six Nations it will certainly live long in the memory for me. Playing my first home game against the French and getting a win there and then scoring my first Ireland try against England. It was all great for boosting my confidence.

And then the manner in which we won the title, watching the England game going on in London. We were watching in the post- match function room with the Scotland team. It was pretty nerve- wracking to say the least, I couldn’t really watch, I kept dipping in and out and had my hands covering my face quite a lot. I think the Scots were cheering for the French, too. It was quite an atmosphere. And then when the French got the ball off the field at the end, the celebrations started.

It was a good night in Edinburgh and then we got a great welcome back at Dublin airport and we got the chance to then spend some time with family and friends with was lovely.

The main aim now for me is to stay fit and keep the body ticking over. I’m focused on Connacht for the rest of the season and trying to get us that sixth place. Then it will be a chance for a little bit of break, go somewhere nice in the sun and put my feet up a bit before coming back for what will be a very important preseason with Connacht and Ireland. I’d love to keep the successes of this year going into the World Cup.