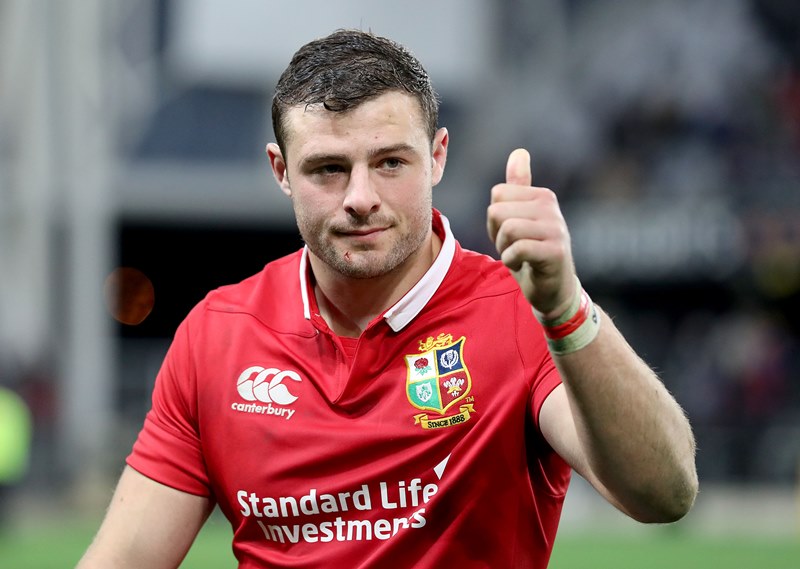 His British & Irish Lions Tour may have ended abruptly with an arm in a sling but Robbie Henshaw says he is proud of what they achieved in New Zealand.

The Ireland centre played in four matches on Tour and impressed with both ball-in-hand and in defence as the Lions won five of their ten matches on the way to a 1-1 series draw.

The Leinster star played 80 minutes against Sonny Bill Williams as the Blues beat the Lions, while he was immense against the Highlanders, making an outstanding try-saving tackle on Malakai Fekitoa.

But injury early on against the Hurricanes cut his Tour short and he was sent home just before the final Test.

“I had the option to stay on and hang out with the lads but I had to fly back and get my pectoral muscle repaired,” said Henshaw, a Canterbury ambassador.

“It would have been nice to have been amongst the lads for the last game and the last week, but I thought it was better to go home and get it done sooner rather than later as the surgeon said it would have a better outcome.

“But yeah, it is always disappointing when you must fly home on your own from the tour.

“It puts a downer on your trip but it’s part of the sport – sometimes things happen like that and you just must come back stronger from it.”

After six tough matches against the best of Super Rugby, the Lions convincingly lost 30-15 in the opening Test and many feared they would ultimately sink to a 3-0 series defeat to New Zealand.

But they rallied in the second Test and the nerveless Owen Farrell kicked the Lions to a famous victory before they held the All Blacks to a 15-15 draw at Eden Park – a ground the hosts have not lost at since 1994.

“I think it was a great result in the end. I know a lot of the lads would have been keen to try and go for extra time if they could have but it is not the worst outcome,” said Henshaw.

“It is an incredibly tough, hostile environment to play in but it is a great achievement to draw with the All Blacks, who are the best outfit in the world.

“To draw the series is just incredible and it just shows how close all the games on the tour were.

“I think the Super Rugby teams we were playing were incredibly talented and put a lot of their strong players out.

“They have been playing together for years and it was the middle of their season, so they were probably at their peak performance wise.

“It was a great test for us and it gave us a baptism of fire for the first game. The Blues showed that they were a good quality outfit but we were very close to knocking them over; it was a one-score game.

“I think it was great for us to be exposed to that because it gave the whole group the mentality that we were not going to get anything easy down there.”

‘It reminds you of your school days’

A Lions Tour is the pinnacle of a rugby player’s career, with the unique experience and tight bond shared with supporters making it stand out.

The task of facing one of the Southern Hemisphere giants is massive and with the matches coming thick and fast, it is draining on the mind and body.

But the Lions rose to the occasion, with thousands of fans behind them all the way.

There was a sea of red at every venue as thousands of fans descended on the country to follow the Tour far and wide.

“It is different. It kind of reminds you of your school days when you are playing a game every three or four days, which was a big challenge,” said Henshaw.

“I think the Lions support during the whole tour was unbelievable but after the Chiefs game finished, as we walked off the pitch, we noticed the number of Lions supporters around and it made such a difference.

“Some people said that the Kiwis aren’t used to such a big travelling support – usually its 90-10 Kiwis to other supporters.

“But I think the amount of our supporters that went to the stadiums and bought tickets; that made a big difference for us because it gave us that extra edge as well, which you need in that environment.”