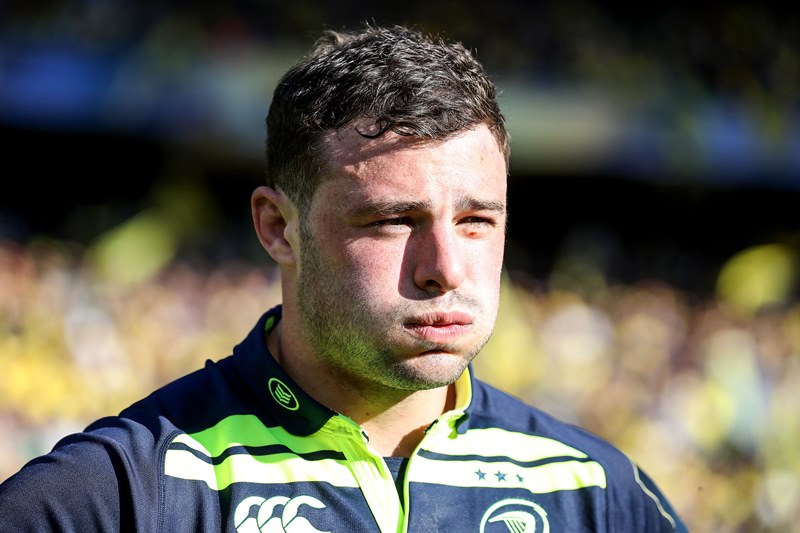 Robbie Henshaw: how I’m gearing up for the new season

The 24-year-old Leinster and Ireland star embarked on his first-ever tour with the British & Irish Lions and was right in the thick of it as Warren Gatland’s men went hammer and tong with the mighty All Blacks.

Like many athletes, Canterbury ambassador Henshaw jetted off in search of warmer climes for the opportunity to put his feet up, but now that he is back on familiar soil, he spoke to Life Style Sports and chatted about his holidays, his teammates and what a Leinster jersey would look like if he was handed a the chance to be a kit designer for a day.

Were you keen to get away once the season had finished?

Yes, I was keen to get away – it was an extremely long season.

It was almost like another half-season on top of the season with the games and the training, so it was great to get a holiday.

I went to Spain for two weeks just to recover, get a bit of sun, and just completely switch away from the sport and have some downtime.

I really enjoyed it. It was nice.

What are the essentials that you just can’t travel without?

I always bring my headphones. I like to listen to a lot of music on Spotify.

Recently, I have been getting into reading a lot of autobiographies. I am currently reading Andre Agassi’s autobiography – I am really impressed by that.

Anything else? Probably a pair of trainers for training. I like to just chip away and do a little bit on the side as well.

What sort of music do you listen to?

At the moment, a bit of pop. Linkin Park, since the tragic passing of their lead singer [Chester Bennington], a bit of a Foo Fighters as well, just to change it up – and a little bit of what is in the charts as well.

Go behind the scenes at the photoshoot for the new 2017/18 home jersey! #OwnTheBlue pic.twitter.com/xsyWvLAkDN

Do you prefer an e-reader or hardback?

I stick to the hardback books. I like to read a hardback book and then keep it when I’m done. I am trying to build up a bit of a bookshelf.

Do you prefer to be by the pool in flip flops or try to get out?

My last holiday; I was just by the pool. I tend to wear sliders more recently.

I do like to get out and about a little bit but more so to experience the food, rather than the sights.

I like to go and eat at different restaurants and taste different things in places like that.

The last holiday was completely a relaxing holiday. I wasn’t too keen on getting out and about too much.

Who is the most fashionable of your Ireland teammates?

Some of the young guns coming up through the ranks. I think, most recently, Joey Carbery is probably one of the younger lads who’s a bit fashionable, and wears some good clothes.

He’s one to watch for the future – he’s very stylish.

Is there an item that he wears that stands out?

He loves his Yeezys. He’s been trying to get Yeezys for a long time and he ended up getting a few pairs.

How exciting is it when they release a new Leinster jersey?

It’s incredible. When they release the jersey, it’s always a great time for the fans.

It is a great buzz, and it gets your ready for what’s to come. As a player, you always just think: “what will I look like playing in it?”.

You look forward to seeing what it looks like when it’s on, and playing in it as well. It’s a great time for us as well – we are excited about the forthcoming season, so yeah, it’s just great.

Is that a good marker for the players, that the last season has been written off?

It is, in a way. We obviously want to do better than we did last season.

Our goal is to go one step further and we want to reach the final in both competitions. It gives you that edge to want to go on and do better.

What colour boots do you wear?

Originally, I was a black boot guy, but it depends really – either-or. Whatever really goes.

Most recently I have had…I can’t really remember…  think they were a dark colour. Not too flash.

What about a Leinster jersey? If you had creative control of the alternative jersey, how would it look?

I would probably go for a lighter blue maybe, as opposed to mixed up with gold and black.

I would probably just go one colour; a standout, flashy blue. That’d look cool, I think!