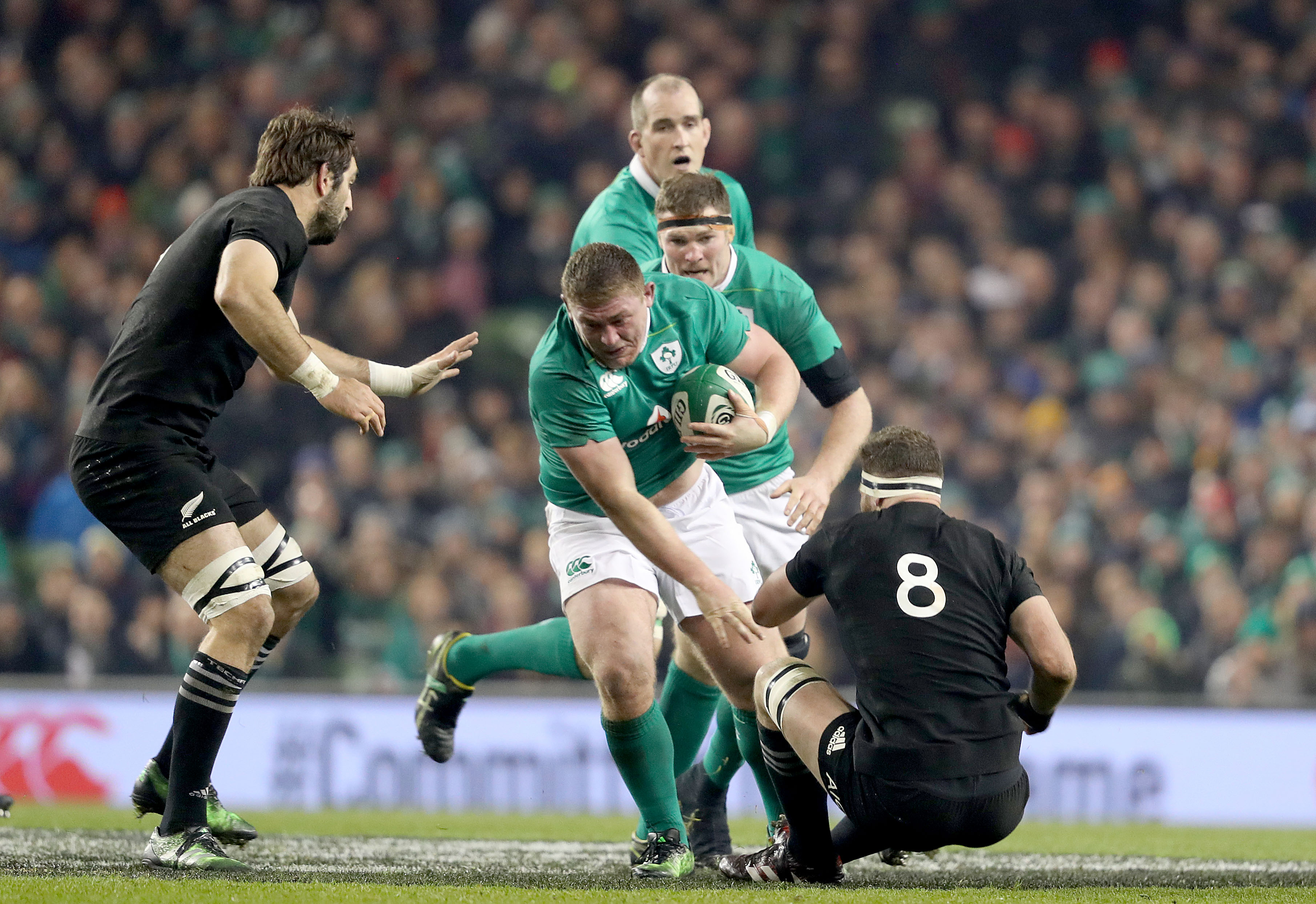 The Rise of Tadhg Furlong

Tadhg Furlong was 13 days shy of his 21st birthday when he made his senior Leinster debut.

Few players can say they have turned out for the most successful province in Irish rugby’s professional history by 20, even fewer props reach professional standard at such a young age.

But Furlong is among that rare breed who has made good on his promise, kicked on and can now count himself among Ireland’s world-class contingent.

From the exalted heights he finds himself in today, it was from the most humble beginnings that Furlong has risen.

He is one of only 23 Irish players ever to beat the All Blacks, but began life at New Ross RFC and is their only Test representative to date, and when he made his Ireland debut in 2015, he admitted that it had all come rather quickly.

“I’d tell you you were cracked if you told me I’d be in this situation but I worked hard for it,” the Wexford-born tighthead explained. 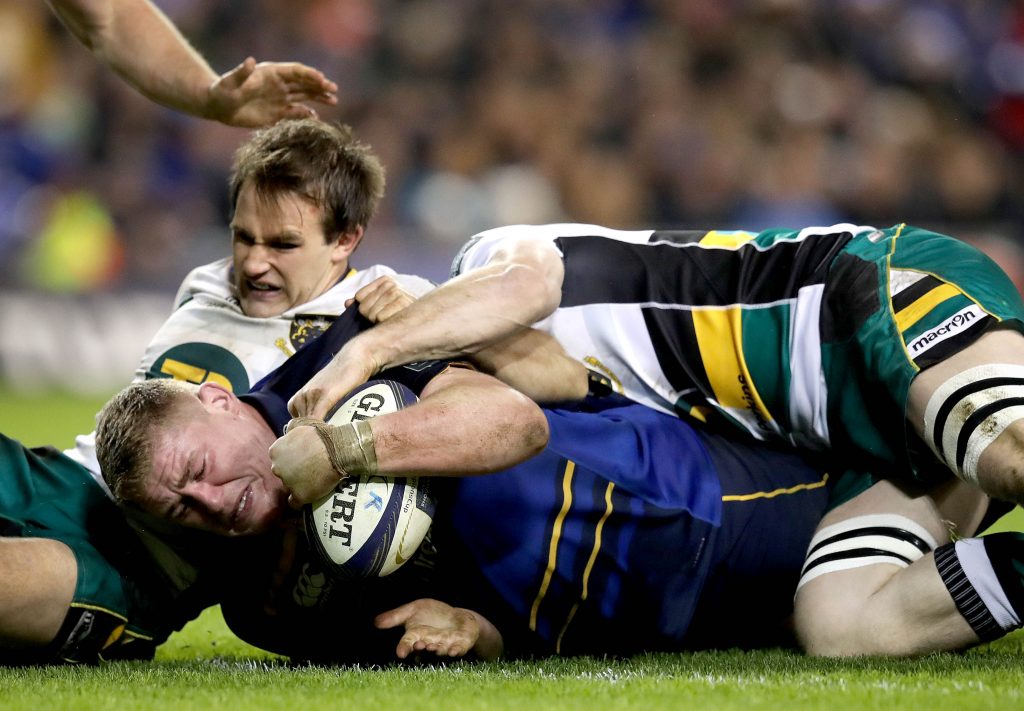 Yet as the man himself points out, it is no chance that he has ended up as – in the eyes of most educated observers – the leading contender to start at tighthead for The British & Irish Lions against New Zealand this summer.

It took hard work and a long road to the top for Furlong, it wasn’t until 2014 that he signed a full professional contract with Leinster having put in a four-year long shift with the Academy – in the final year of which he made his senior bow.

Furlong is a ferocious scrummager – to which Joe Moody, Dane Coles and Owen Franks can attest – but it is the adaptability in defence, his ability to shift into position and not get found out of place that makes him a perfect fit for beating New Zealand.

What’s more, he carries very hard and has great foot work for a huge man. He has seen Marty Moore move to Wasps and has displaced Mike Ross to become undisputed first choice for his province, before seeing off Finlay Bealham’s challenge to ensure he is Joe Shmidt’s No. 3.

But for a prop whose game seems so complete, he was a raw talent when he first joined Leinster’s academy in 2010.

In keeping with the rest of his career, he played in both the 2011 and 2012 Junior World Championships, while after leaving school he joined Clontarf to continue pushing into the senior ranks.

Perhaps it seems Furlong has had a gilded passage to the top, but he has had his fair share of torment – a tackle from Sean Henry in an All Ireland One game left him with a lacerated kidney.

A thigh injury almost cost him his place in the 2015 Rugby World Cup, but he has moved through adversity and is quickly becoming a rare breed – a superstar tighthead.

Seldom does a tighthead prop win man of the match in anything other than a slugfest, but Furlong did exactly that in Leinster’s 40-7 European Rugby Champions Cup win at Franklin’s Gardens thanks to another distinguished all-court performance.

The man is riding a crest of a wave thanks to his performances in the autumn, but he seems the type to remain undimmed by the masses of praise he receives, choosing instead to keep on working and demonstrating the dedication that has got him so far.

“You have to keep trucking. Because I’m young and still finding my feet a little bit you can never be happy in your skin because there’s a hell of a lot more gears left,” he explained.

“You’re always looking for the perfect performance and it can a hard search at times and you tweak one part of your game or focus on one part and then it goes downhill for you.

“So I’m just trying to find my feet, find a balance and keep trucking and looking for a really good performance because it’s tempting to focus on what has happened.

“At the end of the season you can look back on the good things you did but during the season it’s really important to keep building.” 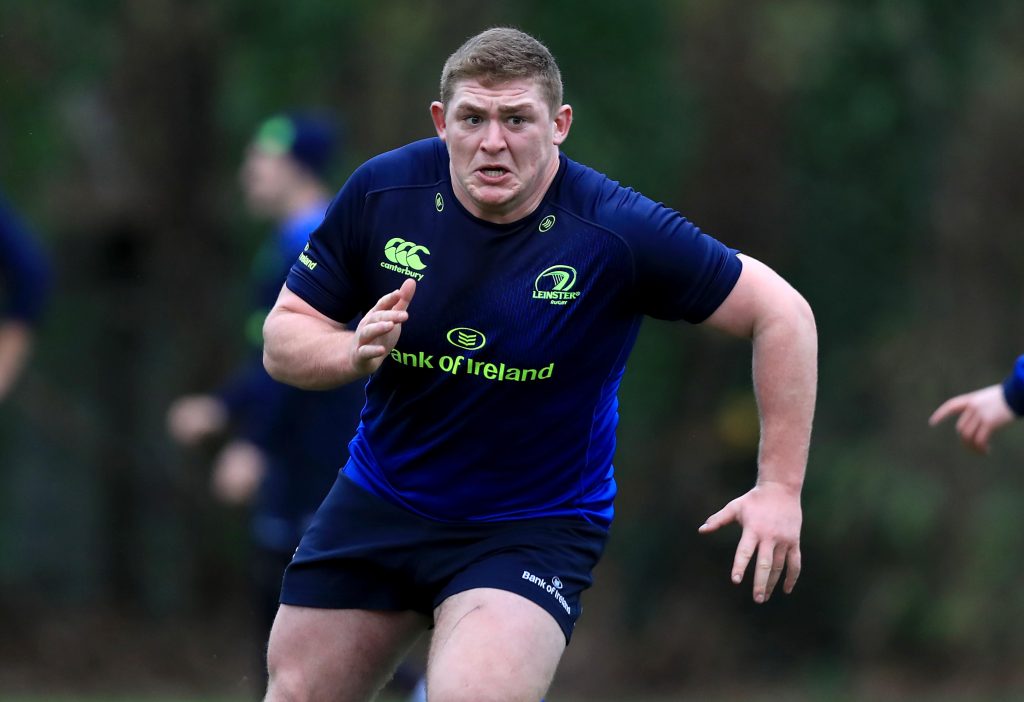 If he remains fit and healthy, then the Irish tighthead jersey for the RBS 6 Nations is as good as his and with Ireland’s 21-9 loss to New Zealand at the Aviva Stadium still fresh in his mind, don’t rule out a revenge mission in red this summer.

“Chicago really sticks out in the mind, it was disappointing to lose the second game against New Zealand, no one likes to be second best,” he explained.

“I got a bit more game time in the number three jersey and managed to put three starts together and got some minutes under my belt.

“Happy with that, happy to be injury free and happy to keep building.”