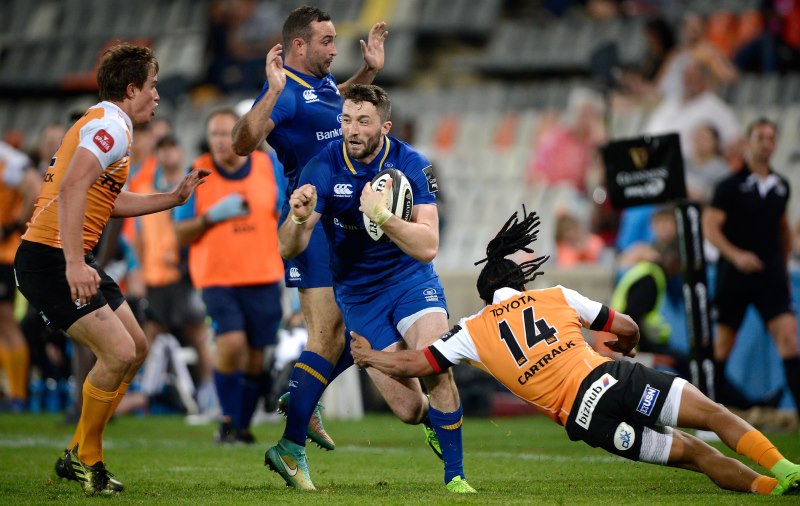 History beckoned for Leinster as they headed down to South Africa as part of a two-game tour of the country in the newly expanded Guinness PRO14.

Leinster were the first team to play a championship match in the Nelson Mandela Bay Stadium in Port Elizabeth, against Southern Kings, before travelling to Bloemfontein for a clash with Toyota Cheetahs.

It would be mixed results for Leo Cullen’s side and as they return from the South African tour, we analyse how it played out.

How they got on?

The Dublin-based side got off to the perfect start in the Windy City as they chalked up their third successive league victory, defeating the Kings 31-10.

There appeared to be no sign of travel sickness as they dotted down for the first of five tries inside the opening ten minutes courtesy of Noel Reid.

Further scores from Rory O’Loughlin, Jack Conan, Joey Carberry and Dave Kearney had Leinster on cruise control but tougher tests were to come in the City of Roses.

Indeed, the Cheetahs would prove a much tougher nut to crack and despite a hat-trick of tries from winger Barry Daly, Leinster suffered their first defeat of the campaign – a 38-19 reverse.

The four-time PRO14 winners were undone by a rampant eastern province side as William Small-Smith, Torsten Van Jaarsveld, Ox Nche and Luther Obi all went over to make two wins on the spin for the Cheetahs.

Cullen’s men would have been disappointed not to have got away from the Rainbow nation with a perfect record but they return to the Irish capital sitting in third place in Conference B.

Leo Cullen opened up about the challenges of travelling to South Africa:

“Plenty of learnings from this trip. There’s always a chance (of a poor display) with the preparation we had, we were limited with the squad and normally train with bigger numbers.

“That’s the challenge, we’ll have to look at it for when we come over here again.

“It’s a really interesting challenge, it’s so far away from our base and being away for two games is not something we’re used to.

“We’ll do an extensive review of the trip, but we have three wins out of four and it’s a long season.”

Ross Molony admitted his side were disappointed with the defeat in Bloemfontein:

“One of the messages we got at half-time was to cut out the silly penalties we were giving away. So to for the Cheetahs to go up the sideline with penalty after penalty and score a try – that’s down to the players and how we need to react to the messages that we’re given.

“The Cheetahs ran some really good rugby at us. They were hitting hard and they were running hard, so I thought they played a really good game.”

Walk through in Cape Town before we leave for Bloemfontein – great few days training in @Bishops_Rugby ahead of @CheetahsRugby #CHEvLEI pic.twitter.com/E5Sy1elcHa

“It’s a once-in-a-lifetime chance to be the first to go down and win in South Africa.” #KINvLEI #LeinsterinSA pic.twitter.com/pZjlpXBuoY