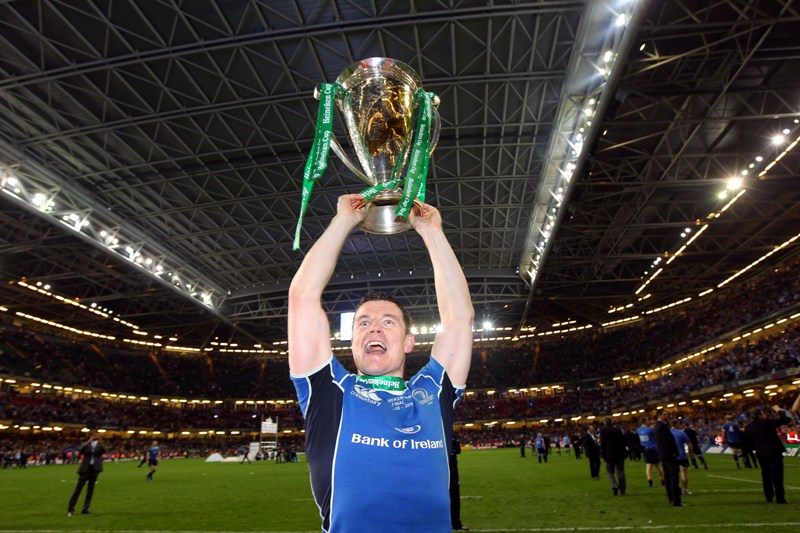 Leinster’s rout of Northampton in their own backyard last week will go down as one of their most impressive performances in Europe – though it certainly isn’t their best against the Saints.

As any Leinsterman worth his salt will tell you, the 2011 Heineken Cup final is enshrined in folklore as one of the great sporting comeback victories.

On the face of it, a 22-6 half-time deficit may not seem insurmountable, but no one was backing a listless Leinster to overturn that scoreline when Dylan Hartley was driven over just before the break in Cardiff.

Then Jonathan Sexton weaved his magic in only the way he can to leave Northampton rocking and the whole of the Millennium Stadium reverberating to the roar of the Irish support.

Below we pick out Leinster’s star men on that day – no surprise for guessing one of them – and what they are up to more than five years later. 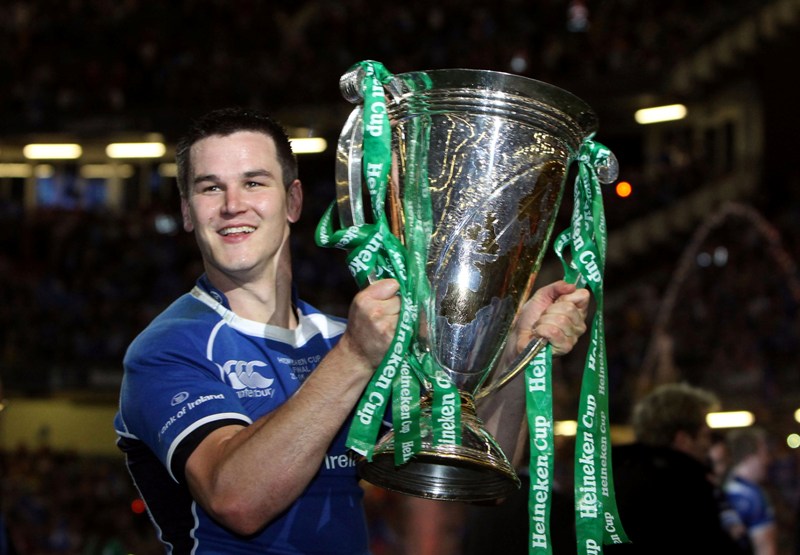 Sexton led by example in the second half but what made his display all the more special were his choice words in the dressing room.

The fly-half, coming into his own as a truly world class player at the age of 26, drew upon another famous night in Istanbul as inspiration for his team talk.

“We were shellshocked and needed leaders. I said comebacks happen in finals – I knew we could come back,” he explained after the game.

“I watch a lot of sport and that Liverpool game just stuck in my mind for some reason.

“It felt it was gone when they got that third try, that everything we had done to get out of the pool and get to the final was down the drain.

“We were shell-shocked and needed half-time. We regrouped. We had to believe and we took our chances.”

He would go on to score a total of 28 points – the second-highest scorer in one game in Heineken Cup history – after going over for a quickfire try-double to start the second half.

Those efforts were coupled by his eagle-eye kicking, of course, as he added two penalties and three out of three conversions in leading Leinster to a jaw-dropping 33-22 victory.

After returning from Australia as a triumphant British & Irish Lion in 2013, the boy wonder embarked on a two-year spell at Racing Metro – but his heart was only ever in one place.

Indeed it took him only a year to realise that Leinster was his home, as in September 2014, he announced that he would be returning to Dublin the following season.

The 31-year-old remains the heartbeat of both Leinster and Ireland, and will in all likelihood serve on his second Lions tour in New Zealand next year.

The indefatigable Nathan Hines partnered current head coach Leo Cullen in the second row in a second half that saw Leinster’s forwards dominate just as much Northampton’s did in the first 40.

For all of Sexton’s wizardry, Hines’ urgency at the breakdown was key to the change in tempo that flipped the game on its head.

The Scotland international thoroughly deserved his try when it arrived in the 64th minute. Incredibly it was the final nail in Northampton’s coffin, with hardly more than a quarter gone since Leinster were left staring into the abyss.

Already 35 by the time of the final, Hines kept ploughing on for another four years with spells at Clermont Auvergne and Sale Sharks

Upon hanging up his boots in May last year, he was quickly offered a job by the SRU as a ‘resource coach’ and was reunited with former Clermont boss Vern Cotter.

It would hardly have been a final if it did not have Brian O’Driscoll’s footprints all over it, and the legendary centre was only second to Sexton as a catalyst after the break.

And even the great man himself said he played second fiddle on this particular occasion.

“We had some choice words at half-time and Sexton was phenomenal in the dressing room, he was a man possessed,” the 141-cap Ireland international said.

“He said this game would be remembered if we came back and we will remember this for a long time.”

It was first word to O’Driscoll as reacted sharply to a loose ball just after the break, very nearly sending over Jamie Heaslip and Isa Nacewa, though it was Sexton who eventually crossed.

What’s more, O’Driscoll was carrying a knee injury into the game, with the effects of that apparent in the first half after missing the tackle that led to the Ben Foden try.

But nothing would hold him back from contributing in a second half that could not have turned out any sweeter for his cherished Leinster.

O’Driscoll won the last of his 133 Ireland caps (in addition to eight Lions caps) at the 2014 Six Nations – lifting the trophy in an emotional send-off in France.

After retiring at the end of that season, the 37-year-old now imparts his wisdom on TV channels such as RTE and BT Sport as a pundit.