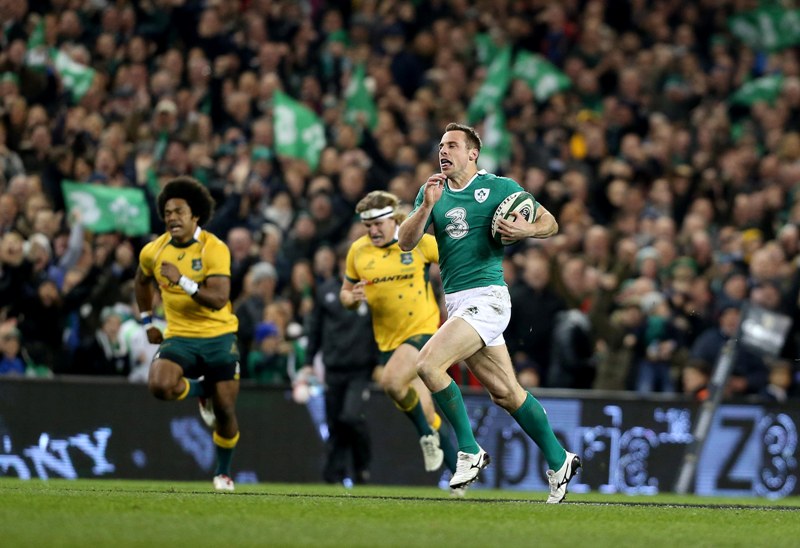 It has already been a pretty historic set of autumn internationals thus far with Ireland’s incredible victory over New Zealand and a 52-21 success over Canada.

The Men in Green may have been narrowly beaten by the All Blacks last weekend in Dublin but there’s another chance to create history at the Aviva Stadium come Saturday against Australia.

The Wallabies have already beaten Wales, Scotland and France so far this month so will be a stern test for Ireland on Saturday night as they look to keep their own Grand Slam hopes alive.

Ireland have won 10 of their 32 matches against Australia since 1927 and here’s three particularly memorable victories as we keep our fingers crossed for win number 11 at the full-time whistle.

Ronan O’Gara was the hero kicking all of Ireland’s points as they recorded their first victory over the Wallabies in 12 attempts.

Victor Costello was named man of the match for his performance in the back-row although the BBC reported that Eddie O’Sullivan’s team had ‘heroes all over the pitch’.

O’Gara put the Irish ahead with a 35m penalty after 12 minutes and the World Champions trailed until the final whistle as the fly-half kicked over five further penalties.

Stirling Mortlock thought he had the game’s only try but Shane Horgan was adjudged to have beaten him to the ball as the Wallabies were restricted to three Matt Burke penalties. 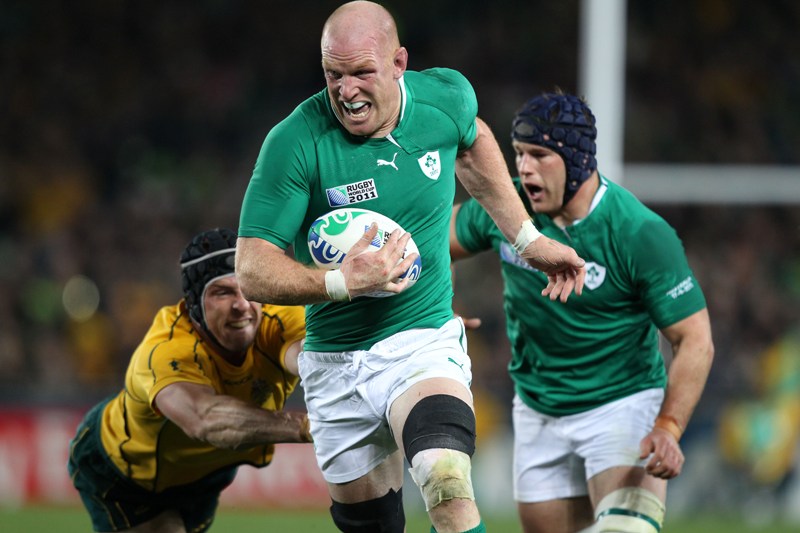 Another game with no tries but also no lack of drama as Ireland produced a major shock in the 2011 Rugby World Cup in New Zealand with victory over the Aussies at Eden Park.

The result saw Ireland top their group with four wins from four and the quarter-final draw split, with Ireland facing Wales and all four southern hemisphere nations facing each other.

Johnny Sexton and Ronan O’Gara kicked two penalties each in Auckland with Sexton also adding a drop goal while James O’Connor mustered the Wallabies only reply with two penalties.

It was the first time Ireland had beaten the Australians, who didn’t score a single point in the second half, in a World Cup.

The clinching blow came with three minutes remaining and Australia camped on the Irish line. Quade Cooper tried a daring no-look, behind the back pass and was picked off by Tommy Bowe. Although O’Connor got back just in time to stop the try, the game was won.

Last but by no means least is Ireland’s most recent and arguably most thrilling victory over the Wallabies thanks to tries from Simon Zebo and Bowe.

The two early tries for Joe Schmidt’s team had put them 17-0 up but two Nick Phipps scores and another for Bernard Foley had Irish fans on the edge of their seats.

With the game agonisingly poised at 20-20 at half-time, Johnny Sexton’s two second-half penalties were enough to give Ireland a narrow 26-23 victory at the final whistle.

The win completed an autumn clean sweep for the Ireland, a first since 2006, and moved Schmidt’s side ahead of the Wallabies and into third in the world rankings.