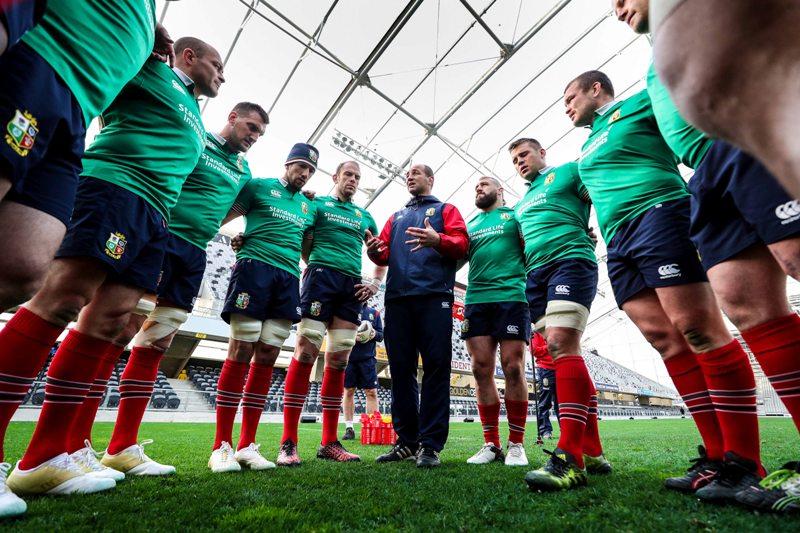 Reasons to be optimistic that the Lions can conquer New Zealand

Now that the British & Irish Lions’ 2017 tour to New Zealand is well under way, the countdown is on ahead of three Test matches that will bring the rugby world to a standstill.

The best of the best from England, Ireland, Scotland and Wales lock horns with the All Blacks – one of the greatest international teams in the history of sport – for the first time at Eden Park in Auckland on June 24, and then twice more over the following 14 days.

Ahead of Tuesday’s fourth non-Test match against Super Rugby outfit Highlanders in Dunedin, we’ve picked out a few reasons to be optimistic as the Lions go looking to claim a series win in New Zealand for only the second time in their history.

A man to rely on

Every point will be crucial if the Lions are to overcome the might of the All Blacks and in the most high-pressure situations, the tourists will need a man exceptionally reliable with the boot.

Worries thrown up by defeat to the Blues last week were remedied by last weekend’s efficient and disciplined 12-3 victory over in-form Super League title-chasers Crusaders and Owen Farrell kicked every point for the men in red.

The talented fly-half was named the EPCR European Player of the Year after helping Saracens win the European Rugby Champions Cup for a second successive season last month and he was the competition’s top points-scorer by a hefty margin.

Farrell is undeniably world-class and if he can continue to prove deadly with the boot, as well as dovetailing effervescently with the likes of Irish duo Conor Murray and Johnny Sexton, the Lions will cause New Zealand all manner of headaches.

And if Farrell falters, then head coach Warren Gatland has plenty of other kicking options at his disposal including Sexton, Welshmen Dan Biggar and Leigh Halfpenny, Scottish scrum-half Greig Laidlaw and long-rangers Stuart Hogg and Elliot Daly.

Skipper ready to be let off the leash

While a Sam Warburton riding a wave of momentum would be ideal, a softly, softly approach may just have the influential flanker firing at full-tilt when the Tests come around.

The Lions captain is set to make his second appearance of this tour against Highlanders after suffering a knee injury late in Cardiff Blues’ season.

But, having led the tourists to a series win in Australia four years ago, just imagine what has been going through the 28-year-old’s head as he has watched on from the sidelines for games against the Blues and Crusaders.

Providing his body has healed properly – and Warren Gatland’s medical staff will surely have left no stone unturned in their bid to get Warburton to full fitness – the Welsh star may just be ready to explode out of the blocks when he is pointed in the direction of the All Blacks.

The boss is still experimenting

As promised, head coach Gatland has shuffled his pack during all of the non-Test matches the Lions have played thus far.

On-field minutes have been shared around the touring party and while critics will be quick to point the finger and accuse the Lions coaching staff of not having nailed down their own strongest line-up, perhaps there is some order among the perceived chaos.

The All Blacks hierarchy have also been kept guessing thus far and they will be well aware that their upcoming opponents boast a wealth of talent and are able to line up in a host of different ways.

Patience is required to discover just who will cement a place in that first Test 23 but it would be foolish to write off experimentation as a mug’s game.