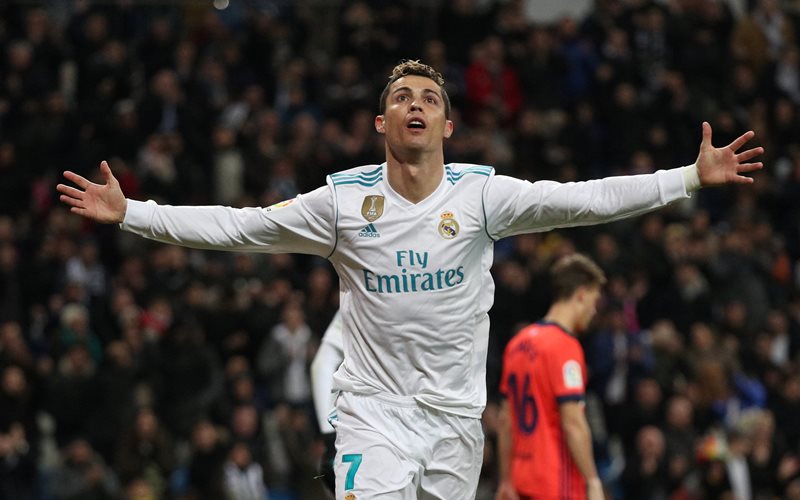 Real Madrid v PSG: Will it be Ronaldo or Neymar’s night?

Two powerhouses of European football go head to head in the last 16 of the Champions League in a mouth-watering clash that neither side can afford to lose.

Paris Saint-Germain travel to the Bernabeu to face Real Madrid in the pick of the ties, as the defending champions take on the free-scoring French outfit.

It will also be a clash of two of the world’s best players – Cristiano Ronaldo and Neymar.

By their own exceptionally high standards, Real Madrid are in crisis.

Los Blancos are currently fourth in La Liga, a whopping 17 points behind league leaders and bitter rivals Barcelona, albeit they have one game in hand.

They suffered a shock quarter-final defeat to Leganes in the Copa del Rey in January, leaving the Champions League a must-win if they are to salvage something from their season.

And they have the pedigree – the 12-time European Cup champions have triumphed in three of the last four years, winning the last two.

But even in the Champions League, cracks have appeared and head coach Zinedine Zidane is under pressure.

Despite scoring 17 goals in their six group games, Madrid succumbed to defeat against Tottenham Hotspur at Wembley and finished second in their group.

The Qatari-backed Ligue 1 leaders are running away with the domestic title, 12 points clear of champions Monaco.

With an array of attacking talent that includes Neymar, Edinson Cavani and Kylian Mbappe, PSG have scored more than a goal per game in the league and have a Coupe de France quarter-final against Marseille at the end of February.

But the real target for PSG is the Champions League, a tournament that has eluded them throughout their history.

They set a new record for Champions League group stage goals this season, with 25 in six games, finishing ahead of Bayern Munich to top their group.

However, since their financial takeover in 2011, PSG have not made it past the quarter-finals and infamously collapsed in the last 16 last season, losing 6-1 in the second leg to Barcelona.

For PSG to make their mark on the European scene, a run to the latter stages of the Champions League is essential and defeat again in the last 16 would be a huge setback.

The 2017 Ballon d’Or winner might appear to be having a bad season, but he has scored more goals so far than at the same stage last year.

With 23 goals from 28 games in a Madrid shirt this season, the Portuguese forward still poses a deadly goal-scoring threat, despite not reaching some of the heights he has in years gone by.

Of late, he has been clinical in front of goal, with seven La Liga goals in his last four games, including a hat-trick against Real Sociedad on the weekend.

In the Champions League group stages he netted nine times and he will need to be at his best when Madrid play PSG.

Since making his world record €222m move from Barcelona, the PSG forward has been in brilliant form, scoring 27 goals in 27 games.

His six goals in six Champions League group stages were good returns and he will be looking to build on that against Madrid.

The Brazilian’s short time in Paris has not been short of controversy though, as rifts between him and fellow striker Cavani have surfaced.

Rumours are circling that Neymar may be keen to move on to Real Madrid in the summer, so he may have an added incentive to impress the Bernabeu crowd.