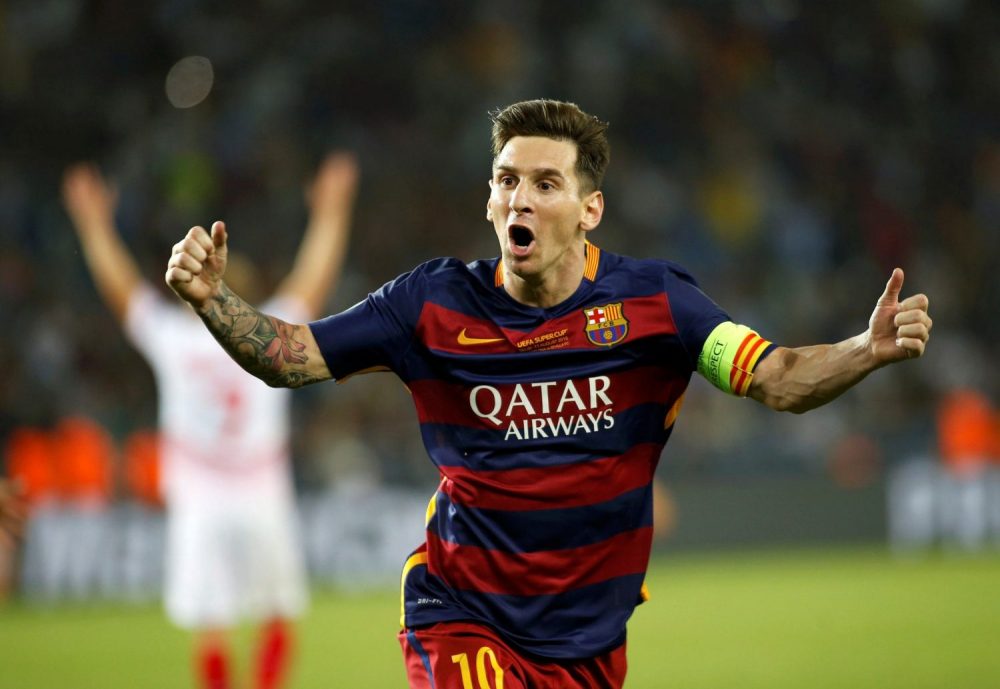 From Romario to Rivaldo, Ibrahimovic to Stoichkov – Barcelona have been able to boast some of the best attacking talent in world football during their illustrious history.

None are more impressive than current star Lionel Messi, who seems unstoppable as he breaks record after record.

But the Argentine superstar doesn’t do it all alone and currently has fellow South Americans Neymar and Luis Suarez for company.

Before then it was Samuel Eto’o and Thierry Henry banging in the goals too as Messi was just making a name for himself.

The latter triumvirate swept all before them as they won everything under Pep Guardiola, but are the class of 2017 even better? We attempt to find out…

When Guardiola’s Barcelona won an historic treble in 2009, it was mainly down to his devastating front line of Messi, Eto’o and Henry.

In the 2008-09 season the trio combined for 100 goals and at least one of them scored in the Copa Del Rey and Champions League finals – in fact it was Eto’o and Messi that helped Barcelona rule the European roost with a 2-0 victory over Manchester United in the showpiece.

That’s not to suggest that Henry didn’t help Guardiola start his managerial career off with a bang however, as the former Arsenal legend notched 26 goals in 42 games.

In his final – and best – season with the club, Eto’o scored 36 goals in 52 appearances while Messi really showed the world what he is about by netting 38 in 51 games as they swept to La Liga, the Spanish Cup, and the Champions League.

At the end of the season, Eto’o was replaced by Zlatan Ibrahimovic; and the spell was broken, but the memories of that season will live long in the memory.

What a photo! Eto’o, Henry, Messi, Oleguer and Ronaldinho in a training, in 2007 @barcastuff pic.twitter.com/vxv7lgzf6U

Ok, so the three up front for Barcelona currently get to a have a cool (or not so cool depending on which way you look at it) abbreviation in ‘MSN’ – but are they actually any good?

Of course they are – they are very, very good. Remember those 100 goals scored by Messi, Eto’o and Henry? Well last season Messi, Suarez and Neymar notched 131 between them!

Since being paired together the trio have scored an astonishing 309 goals and staked their own claim to being better than Guardiola’s three back in October.

As Barcelona thrashed Pep’s Manchester City 4-0, Messi further cemented his reputation with a hat-trick, while Neymar added the fourth and Suarez – who celebrated his 30th birthday on Tuesday – made a nuisance of himself all night.

When Suarez arrived at the Nou Camp in 2014 fans weren’t only worried about his penchant for biting opponents, but also how the Uruguayan would fit in as he seemed to want to occupy the same positions that Messi and Neymar take up.

But after a slow start, the magic formula was found with Messi often on the right, Neymar occupying the opposite flank and Suarez doing his harrying from the middle of the pitch.

Suarez’s debut season saw the Catalans claim another treble as the front three notched a mere 122 goals between them – Messi netting 58, Neymar 39 and Suarez 25.

The following campaign Luis Enrique’s stars scored a total of 131 with Suarez finishing as La Liga top scorer with 40 goals.

In total he netted 59 times in 53 games while Neymar added 31 in 49 and Messi got 41 in 49 as Barcelona won the domestic double, World Club Cup, and European and Spanish Super Cups.

This season they currently have 56 goals to their name, with Real Madrid’s BBC – Bale, Benzema and Cristiano Ronaldo – lagging behind on just 37…

While we would happily have either trio banging the goals in for our respective teams, you can’t help but choose Messi, Suarez and Neymar as the best triumvirate of all-time.

Sure Eto’o, Henry and Messi were a physical force capable of destroying opponents with speed and power, but Enrique’s current charges have a certain air of magic about them – death by a thousand cuts if you will. Their consistency is also a thing to behold!

Sorry Pep, but the dribbling, finishing and skill of Messi, Suarez and Neymar just send us giddy. What even is an EHM anyway?