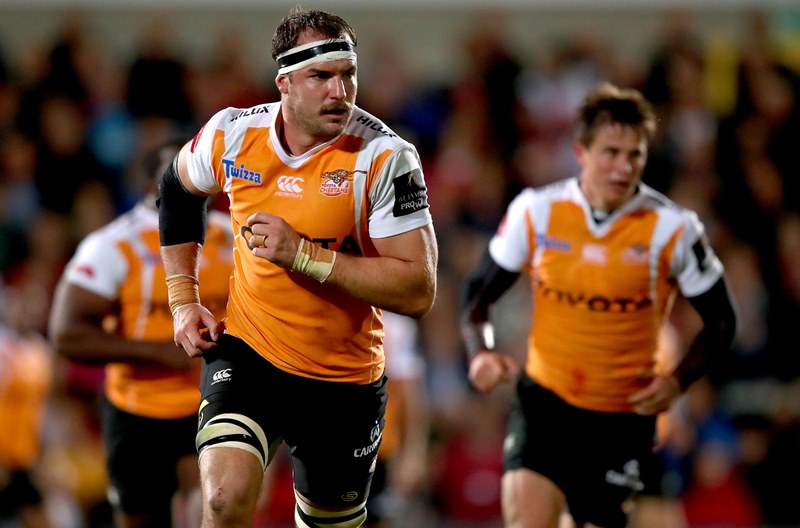 Rugby fans will get to witness a piece of history on Saturday as Munster, one of the giants of European rugby, welcome the Guinness Pro14’s exciting new boys the Toyota Cheetahs to Thomond Park.

With it being their debut season in the league, the Cheetahs are an unknown quantity and supporters have a lot to be excited about as northern hemisphere clashes with southern.

Here’s what we know about Munster’s opponents so far…

The Free State Cheetahs have competed in South Africa’s Currie Cup for more than a century and are the defending champions from 2016.

They joined Super Rugby in 2006, finishing tenth in their inaugural season.

They’re known as the Toyota Cheetahs and have a franchise area the same as that of the provincial Currie Cup side – the western half of the Free State province.

The Cheetahs’ best ever finish in Super Rugby is sixth place in 2013, when they reached the play-offs for the only time in their history.

The South African teams will provide a seriously good away day for supporters this year – the Cheetahs play at the 48,000 capacity Free State Stadium in Bloemfontein, a ground that hosted three games during the 1995 World Cup.

The squad are led by head coach Rory Duncan and new director of rugby Franco Smith, who knows northern hemisphere rugby well having played for Newport in 1999/00 and been head coach of Benetton Treviso between 2007 and 2013.

The Cheetahs will be without their excellent Springbok captain Francois Venter this weekend but defences will already be wary of Makazole Mapimpi, a lightning-fast winger who notched 11 Super Rugby tries last season.

A player who caught the eye last week against Ulster was No.8 Niell Jordaan, who, having taken over the captaincy in Venter’s absence, made 20 tackles in round one (only three players made more) and kept up South Africa’s long-held reputation for producing the hardest-hitting back-rowers.

The Cheetahs are on tour in Europe having kicked off their Pro14 campaign with a 42-19 defeat at Ulster’s Kingspan Stadium on Friday.

The Ulstermen ran-in six tries but the South African side got three of their own including an excellent score from fly-half Clayton Blommetjies – with winger Rosco Speckman showing a devastating turn of pace to beat three defenders before offloading.

On the other wing, Mapimpi also got his campaign off to an excellent start with the Cheetahs’ second try, outpacing Charles Piutau, no slouch himself, in the process.

The Cheetahs will no doubt work on their defence this week and will have learnt a huge amount from their first Pro14 fixture.

Three of the tries conceded were whilst down to 14 men, so if they can avoid the sin-bin then Munster will be in for a huge test.