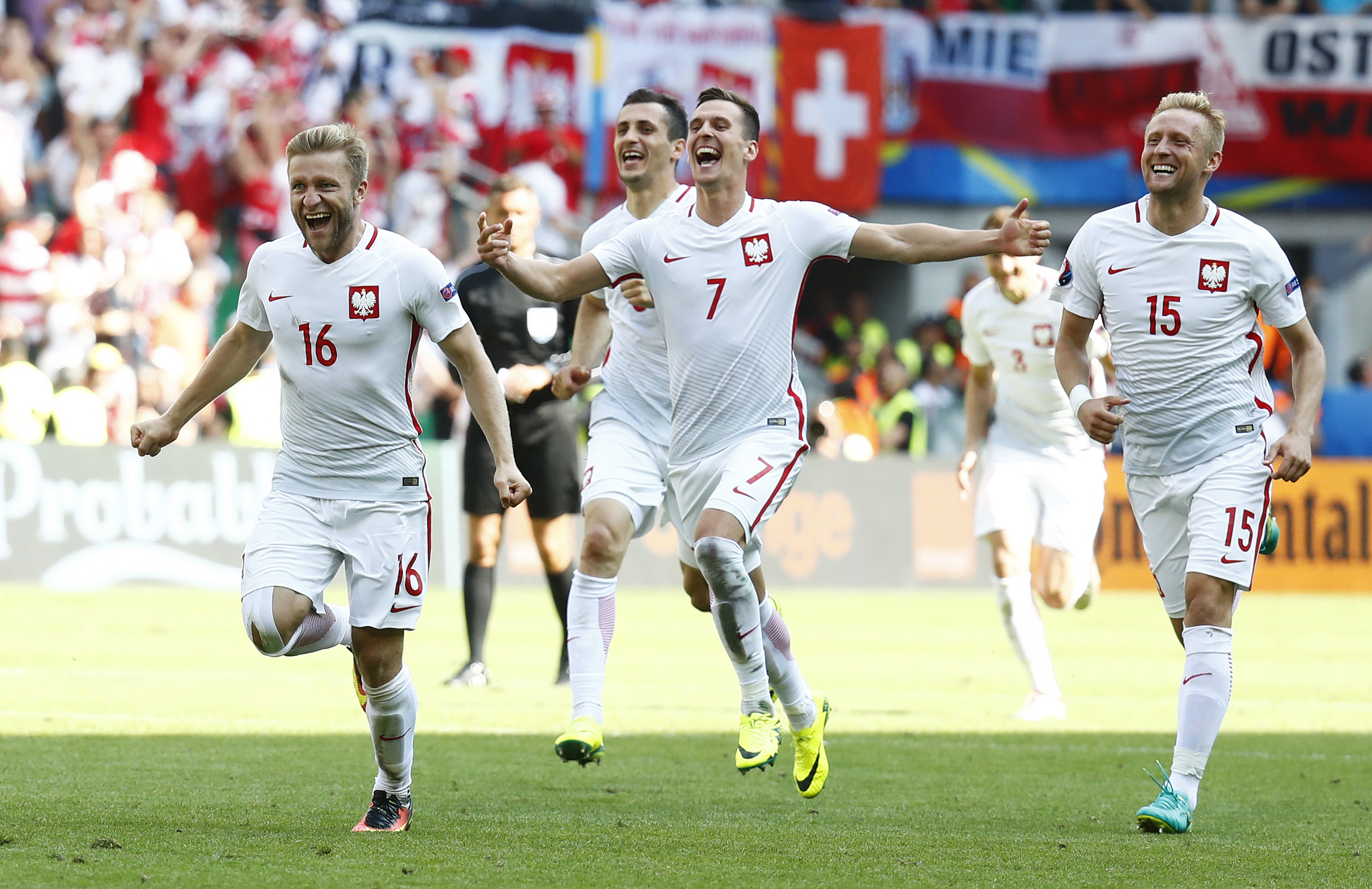 Twice World Cup semi-finalists, Poland had never left their mark on a European Championship. That is until now.

Free-scoring in qualifying with 33 goals in 10 matches, Poland have carried that form to France and were unbeaten in the group stage.

On Thursday they will play in their maiden European quarter-final and come up against Portugal – yet to win a game in 90 minutes at the tournament this year.

Cristiano Ronaldo’s men qualified from Group F with three draws as one of the best third-placed teams and knocked out much-fancied Croatia in a drab last-16 contest.

Neither of the nation’s star players, Robert Lewandowski or Cristiano Ronaldo, have hit top gear yet although Ronaldo’s second-half double against Hungary in the group stages proved pivotal to their progress.

But both are men for the grand occasion and whoever steps up to the plate could help decide the tie.

Teenage central midfielder Bartosz Kapustka is available to Poland once again after serving a one-match ban, but six players are walking a suspension tightrope ahead of a potential semi-final.

Goalkeeper Wojciech Szczesny has a thigh injury, so Lukasz Fabianksi is set to deputise.

Portugal have a full squad to choose from but, after an uninspiring campaign so far, boss Fernando Santos could introduce the youthful enthusiasm of Renato Sanches.

William Carvalho, Pepe and Ricardo Quaresma are all a booking away from missing a possible last-four clash. 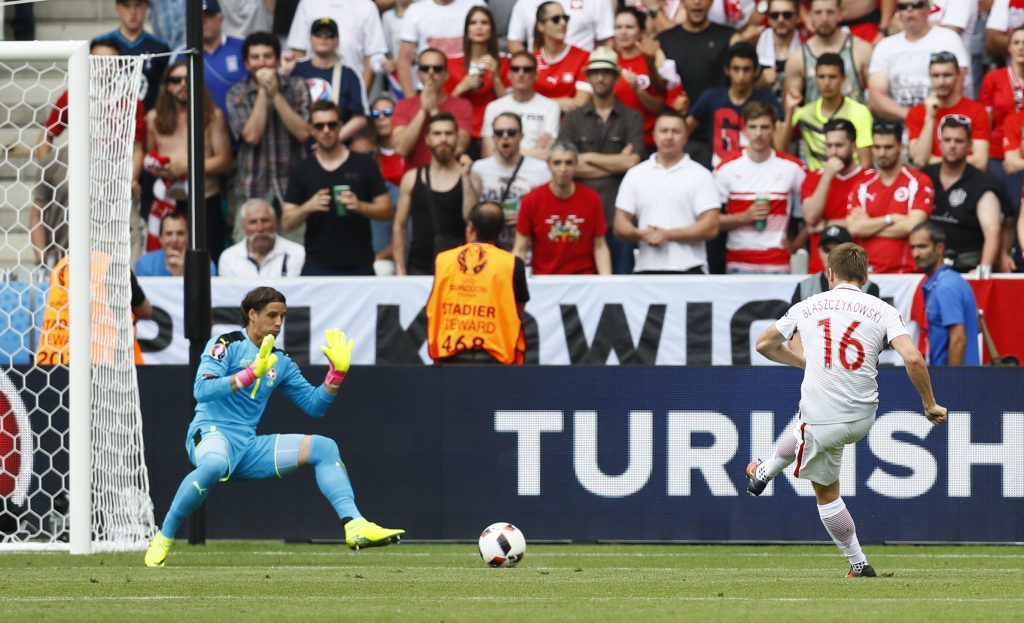 Borussia Dortmund winger Jakub Błaszczykowski is the man that has made things happened for Poland at Euro 2016 so far.

With two strikes and an assist only Gareth Bale, Eden Hazard and Ronaldo have been involved in more goals than the 30-year-old.

Poland coach Adam Nawalka is insistent that striker Robert Lewandowski’s failure to score so far in the finals is not a problem, but it soon will be if Błaszczykowski has an off day. 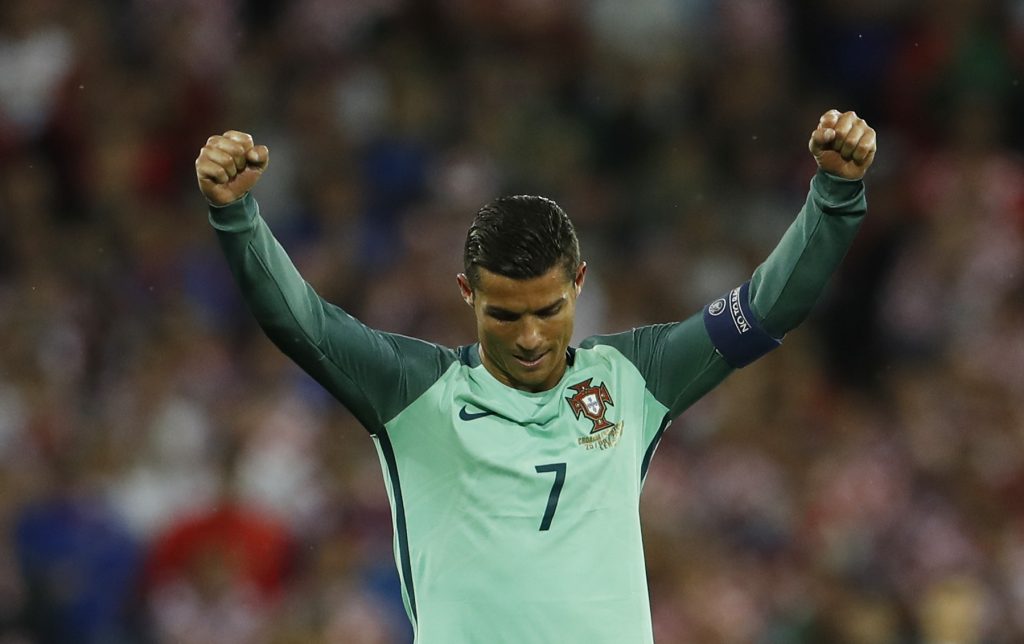 Is there anyone else? When you have Ronaldo in your team you always have a chance to win.

But that mentality is seemingly taken to the extreme by his Portugal team-mates, who constantly look to the Real Madrid forward to bail them out.

Though his powers seem to be fading slightly with age, Ronaldo’s hunger for goals and success will never diminish. But he could face heartache in France unless he gasps the mantle, because there is no evidence to suggest anyone else in a Portugal shirt will.

There have been 22 meetings between the teams through the years, Portugal winning 11 and Poland just three.

Their last match, in February 2012, was the first to be played at the new national stadium in Warsaw ahead of that summer’s European Championship finals, and finished 0-0.

Robert Lewandowski scored more goals than anyone else in qualifying, 13, but is yet to net in these finals.