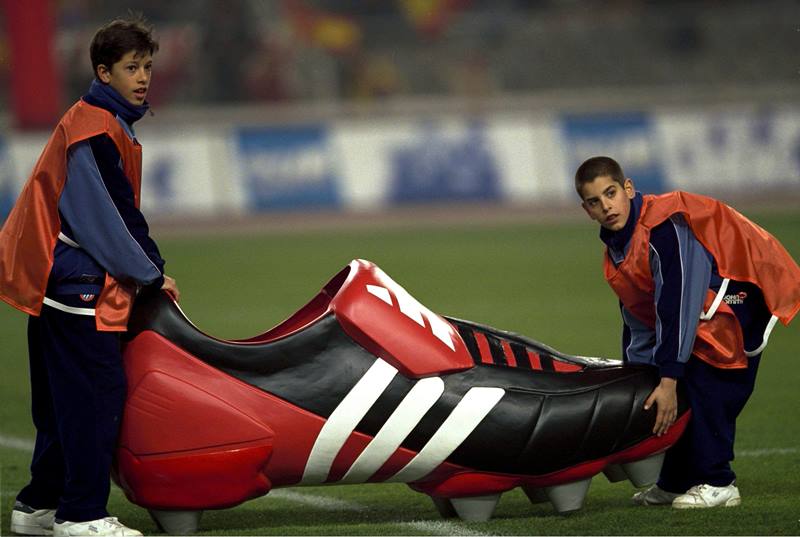 Paying tribute to one of the greats: the history of the Adidas Predator

Nostalgia can be a beautiful thing and in the football boot world, the phrase ‘Adidas Predator’ makes the heart yearn for days gone by that almost can’t be put into words.

Next year, it will be the 20-year anniversary of one of our favourites – the Predator Accelerator – and looking back makes us wonder if we’ll ever see the Three Stripes re-release their celebrated power silo, made famous by the likes of Zinedine Zidane, Steven Gerrard and of course, David Beckham.

The Copa Mundial may have stood the test of time as the Three Stripes’ most enduring boot but football footwear connoisseurs have long been crying out for a reunion with the Predator – if Adidas were to shock the world with a new line, they would have to mix traditional values with some of the boss new upgrades they have engineered.

This year’s limited Champagne Predator Mania and Predator Precision throwback releases have only served to whip boot fans into a fervour and we’ve decided to ease that pain by taking a look back at ever-changing visage of one of the most iconic boots of all time.

Former Liverpool midfielder Craig Johnston came up with the idea of developing a boot that incorporated rubber ridges to help aid a player’s striking technique and eventually, the original Predator was released in 1994.

The original Predator featured teeth-like ridges to create a ‘strike zone’, which was further developed upon over the next two years with the release of the Rapier and Touch models, which introduced the iconic fold-over tongue and signature black, white and red colourway.

It’s somewhat garish by today’s standards but there’s a charm to the almost barbaric edges of the original model.

Made famous by the majestic feat of Zinedine Zidane as he helped inspire France to victory at the 1998 World Cup, the rough edges of the Predator Accelerator have gone down in boot folklore – it’s undoubtedly one of the most instantly recognisable versions.

The design was remodelled and given a wholly slicker look with the Predator Precision. Released in 2000, it featured interchangeable studs for the first time.

Ah, here were are. Another one of the most endearing Predators of all time, 2002’s Predator Mania remains instantly recognisable and would fly off the shelves in 2017, as demonstrated by May’s limited edition reimagining of the white and red ‘Champagne’ silo.

The fold-over tongue strap that could be wrapped around your toes and the futuristic heel support – the Mania’s small details all worked together to create something truly iconic and just like the Accelerator, it’s another worth of ‘all-time great’ status.

The Predator Pulse was released in the lead up to Euro 2004 and included the “Power Pulse System”, which shifted the boot’s weight as you struck the ball.

The silo was developed further with 2006’s Absolute, which featured interchangeable sockliners, and the next year’s Powerswerve, which had an upper designed for players to truly bend it like Beckham.

From this era, we’d have to go with the Absolute as our favourite – we just can’t get enough of Zidane’s legendary exclusive all-gold version.

Adidas made a bold move late in 2009 as they removed the Predator’s iconic tongue to create an altogether lighter boot in the Predator X, which harked back to the original 1994 iteration.

2011’s AdiPower Predator was even more lightweight and incorporated the Adidas ‘Sprint Frame’, which aimed to give players more foot support without bogging them down with extra weight.

The Predator LZ, and subsequent LZ II, were another major shift in direction from Adidas, with the Three Stripes breaking the boot up into five “lethal zones” designed for a host of attributes such as power, touch and control.

The original Predator LZ was also the first version of the boot not to be launched in the iconic black, white and red colourway.

This era might just represent a misstep from Adidas – they just didn’t seem like Predators and even Steven Gerrard wasn’t convinced, ditching the boot in favour of the Three Stripes’ Nitrocharge.

The last full Predator release, 20 years on from the original, the Predator Instinct was lightweight and refined but featured see-through raised rubber ridges to improve power and control.

The Instinct was also released in host of eye-catching patterns, signifying just how much the Three Stripes’ mainline boot had evolved over the past two decades.

It was a major step back in the right direction following the Predator LZ but we’ve got our fingers crossed that, one day, we’ll have a new version of the iconic silo to cherish.