TWENTY years may have passed since Sonia O’Sullivan’s world title win of 1995 but there is no doubt the achievement of Ireland’s middle distance running queen continues to stand the test of time.

Run out of the medals two years previous by a trio of Chinese women who never appeared on the international scene again, there would be no heartbreak a second time around as O’Sullivan timed her kick to perfection to take gold in the women’s 5,000m final in Gothenburg. 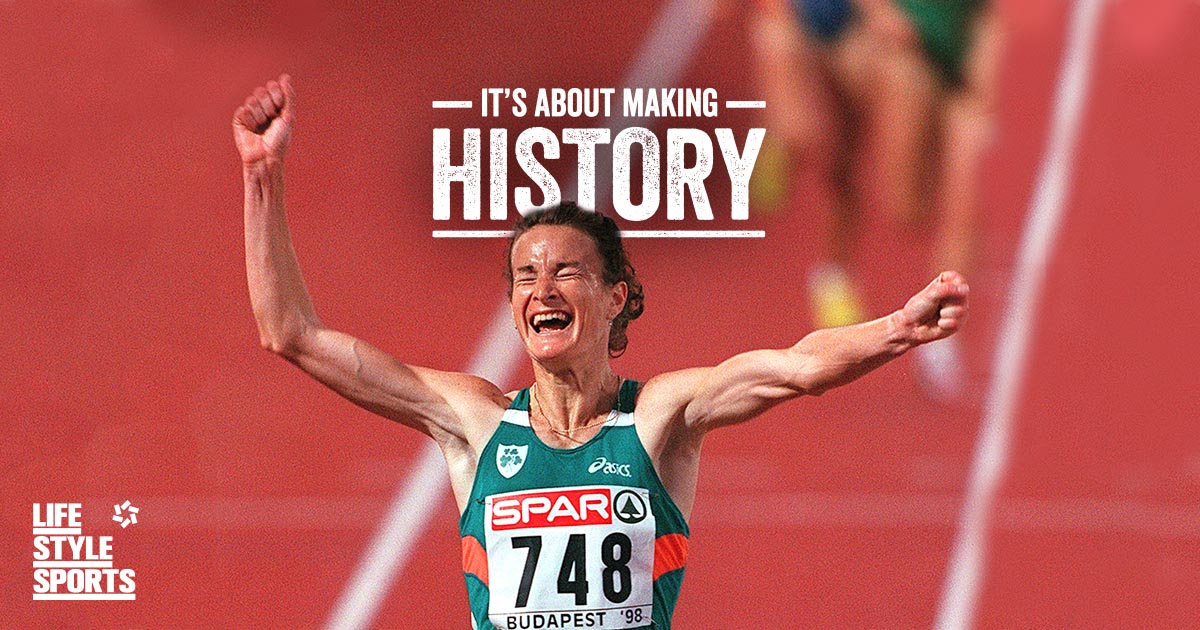 The County Cork born runner would go on to win plenty more international accolades – a European 5,000m and 10,000m double in Budapest in 1998 and Sydney’s Olympic 5,000m silver two years later to name just a few – but never would a summer come together in such a way for an Irish athlete as it did for O’Sullivan in 1995.

Of a total of 22 track races contested, O’Sullivan won all bar one. Then aged 25, she was an athlete in her prime – and she knew it. “I was there to win it, and I did,” reflects O’Sullivan.  “It would have been a bigger story if I didn’t win. There was pressure, to an extent, but I certainly wasn’t worried, beyond staying out of trouble.

I just had to make sure I did everything right. The only person capable of beating me was myself. Because I felt I was prepared for anything. Fast or slow.”

Confidence was no doubt high for O’Sullivan, who had won 3,000m gold at the European Championships in Helsinki the year previously.

Preparations had then gone swimmingly heading into August’s World Championships in Sweden too, with the runner clocking 14:47.95 minutes – then the fifth fastest 5,000m time in history – on the way to beating Fernanda Ribeiro in London.

The Portuguese runner would then run of a world record of 14:36.45 a week later in Belgium but with plans to double up in both the 5,000m and 10,000m, O’Sullivan was unconcerned by her rival for the shorter distance.

As it was Romania’s Gabriela Szabo – the woman who would later deny O’Sullivan Olympic gold five years later – took up the early pace at the Ullevi Stadium before Great Britain’s Paula Radcliffe then occupied front spot.

Ribeiro made her move with three laps remaining but O’Sullivan was prepared and, with 200m to go, made her move to take victory in a time of 14:46.47.

Cue wild celebrations back home although O’Sullivan, who subsequently picked up the European Athlete of the Year award, was quickly back to doing what she does best, racing in Zurich four days later before recording victories in a further nine competitions after that.  Legend.