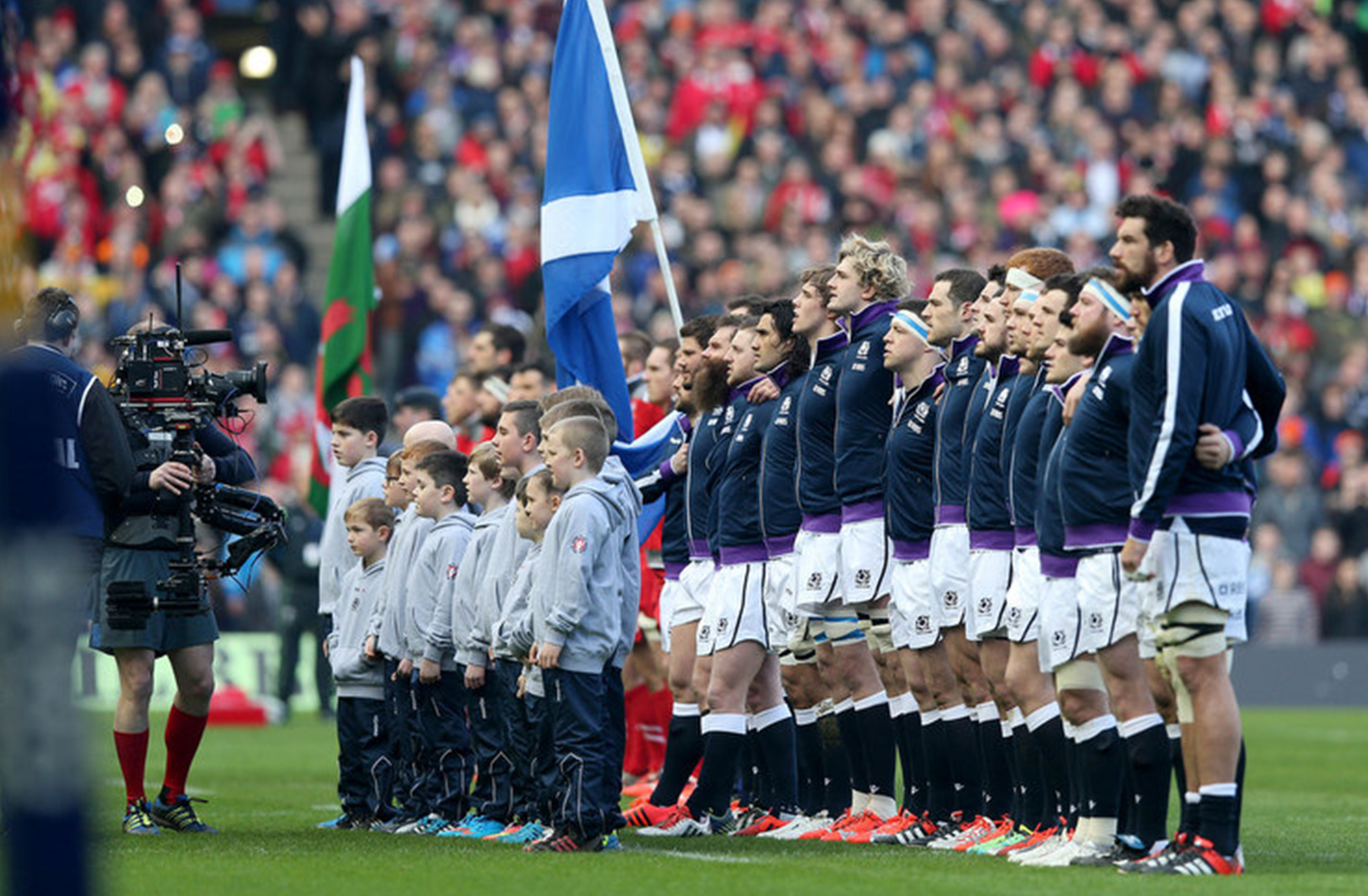 ONE LAST CHANE AT CHAMPIONSHIP REDEMPTION FOR SCOTLAND

IF YOU FELT BAD AFTER IRELAND’S AGONISING DEFEAT LAST WEEKEND, PUT YOURSELF IN THE SHOES OF THE SCOTTISH PLAYERS AND FANS FOR A SECOND. IT HAS BEEN A CHAMPIONSHIP PACKED WITH FRUSTRATION AND NEAR MISSES FOR THIS DEVELOPING SQUAD OF PLAYERS. THEIR BIGGEST PROBLEM AT THE MOMENT IS AN ABILITY TO CLOSE OUT TIGHT GAMES.

Scotland will look back with regret at their opening defeat in Paris when they gave the French a decent run for their money in the Stade de France. After that positive opening, back to back home games against Wales and Italy offered the chance to build real momentum.Some questionable refereeing decisions proved very costly in their agonizing defeat to Wales while they somehow contrived to throw away a very commanding position against Italy before capitulating at the death. They should never have lost that game.

Despite England cutting Scotland apart at times in the opening half at Twickenham last Saturday, Scotland somehow managed to lead that game at the break by three points. They are a resilient lot these Scots but ultimately blew up in the face of continuous English pressure.

So where is their mindset going into Saturdays crucial game with Ireland travelling in search of the big win necessary to retain their Six Nations crown. Despite the trauma encountered by the Scottish squad to date, they will look at this game as a beefed up Pro 12 contest. With the vast majority of their squad from high flying Glasgow Warriors, they won’t harbour any inhibitions when it comes to playing Ireland. They know our players inside out.

They will draw a modicum of comfort from the fact that the defeats to Wales and Italy can be traced to simple errors on their behalf such as Finn Russell unforgivably missing touch four times from penalties, enabling Wales to counter and register points. A similar missed touch penalty by Peter Horne at the death provided Italy with the platform to engineer a penalty try from a maul in the final attack of the game.

Scotland will also draw strength from the fact that they have beaten Ireland on their last two visits to Edinburgh, two years ago in Ronan O Gara’s final appearance in an Irish shirt and in a World Cup warm up game there in August 2011.

New coach Vern Cotter has added a lot to the Scottish game in a short period of time and knows Joe Schmidt’s approach better than most. They are a better side than recent results suggest. Unforced errors are killing them however and they cannot afford to replicate them against Ireland.

A bigger problem has been an unfortunate run of injuries already losing influential figures such as Richie Gray, Alex Dunbar and Sean Lamont with the possibly of a few more who are carrying knocks after that highly physical English encounter. If Cotter can get their heads right they still have the capacity to cause Ireland problems.