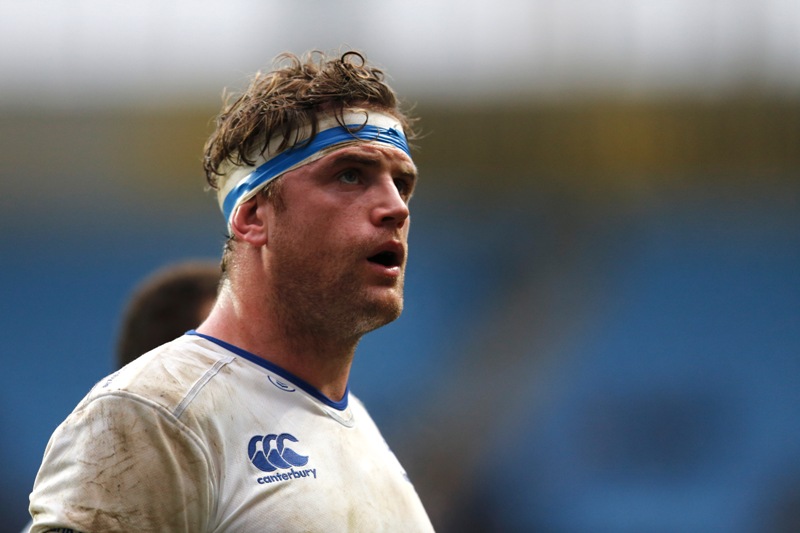 With international players back in action this weekend, tomorrow night’s Champions Cup clash between Leinster and Northampton Saints is set to be a cracker.

In a tight Pool 4, both teams have won one and lost one – making the game at Franklin’s Gardens crucial for both sides’ hopes of qualification, as the two 2011 finalists prepare to do battle again.

It will be a special night for Northampton, who celebrate their 100th European appearance, but their Premiership form has been shaky and they sit ninth in the table.

In contrast, Leinster has won eight of their ten Pro12 matches and sit second so will feel confident heading across the Irish Sea.

Here we pick out three key contests which could define who wins this match:

Two second-row man-mountains will meet tomorrow in Toner and Lawes, who are set for a season fighting it out for a place in Warren Gatland’s British & Irish Lions squad.

Lawes lost his England place to George Kruis under Eddie Jones, but injuries meant he played a key role in the autumn as the Red Rose completed an unbeaten season.

In contrast, Toner’s place in Ireland’s side is safe and he excelled last month, with Joe Schmidt’s side at their snarling best when they beat New Zealand for the first time in their history.

Both men know that Gatland is spoiled for choice at lock ahead of the Lions tour to New Zealand, meaning every game is vital to their chances of selection.

And, in such a pivotal European tie, a good performance could leave a lasting impression.

The battle at the breakdown will be keenly contested and both sides possess excellent back-rows full of international quality, including Northampton’s Louis Picamoles and Leinster’s Jamie Heaslip.

France international Picamoles joined the Saints last summer and he has been a bright spot for a Northampton side that has yet to truly take off this season.

The 30-year-old is one of the best back-row ball-carriers around, shown by his explosive start to the season – where he had gained the second most metres of any player through the first six rounds of the Premiership.

However, Leinster’s Heaslip is as equally devastating and his impressive year culminated in a World Player of the Year nomination.

The Irishman also scored a memorable try for Ireland against Italy in this year’s Six Nations – showcasing his frightening running ability.

When these two clash the ground may shudder and there is no doubt that whoever comes out on top will be on the winning side.

With George North out indefinitely with another head injury, the pressure is firmly on Ken Pisi to replace his stricken Saints teammate.

Pisi has scored just one try so far this season, against Premiership bottom side Bristol in September.

The Samoan international is an able deputy for North, but the Welshman’s power, pace and direct approach will be sorely missed.

And Pisi’s job was already hard enough, he lines up against Leinster captain Isa Nacewa.

The winger is Leinster’s top scorer this season with 56 points and his attacking instincts, combined with his defensive solidity and experience, make him a foe to fear.