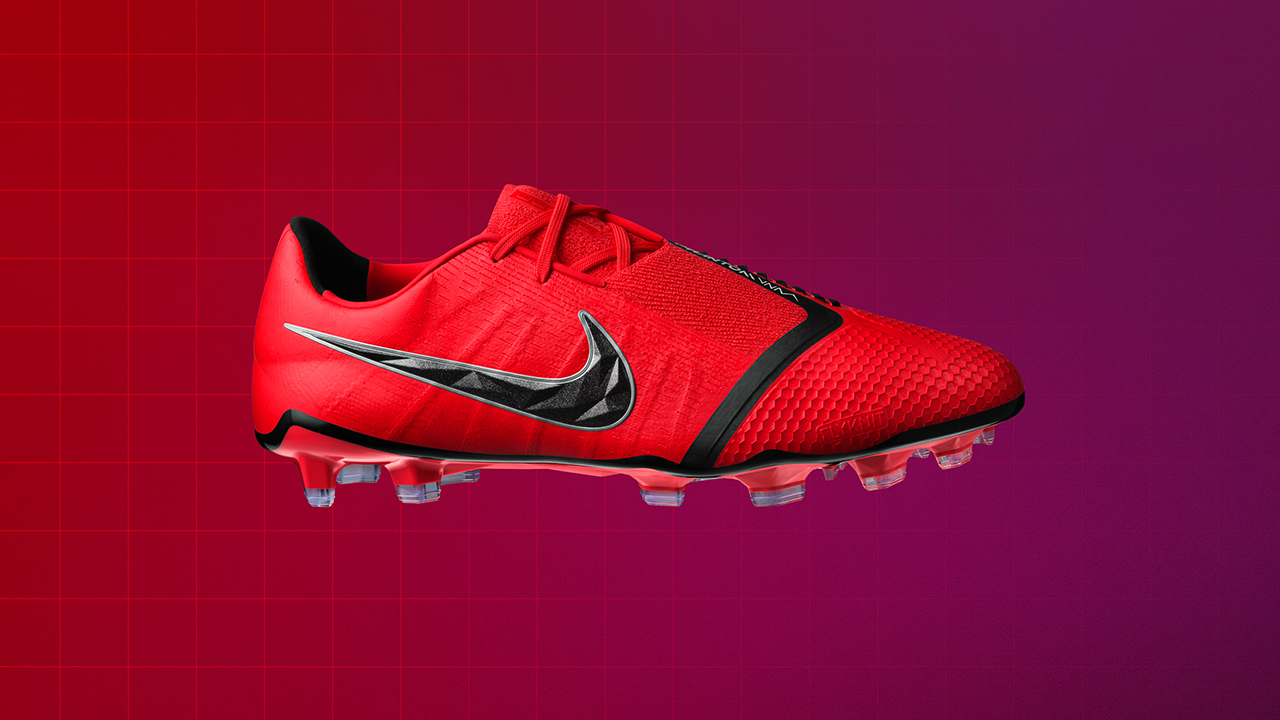 The Nike Phantom Venom has officially landed at the Boot Room!

The Nike Phantom Venom Elite FG is made for powerful, precise strikes that dominate matches. Blades on the instep create torque to control the flight of the ball, while Flywire cables and a flexible Hyper-Reactive plate provide the stability and traction you need to unleash at any second. Key players like Harry Kane and Marcus Rashford will be wearing these boots very soon, and we can’t wait to give them a go. 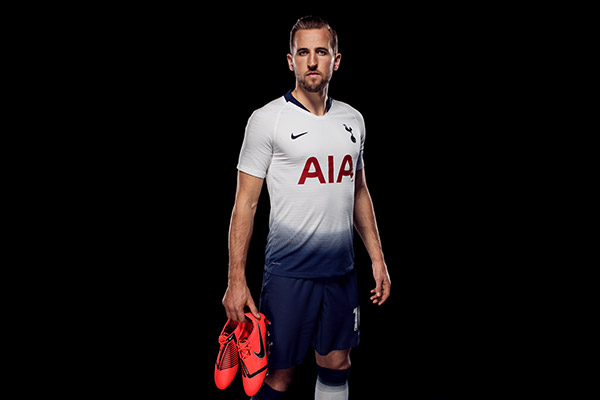 Following in the footsteps of the Hypervenom, Nike wanted to create a boot for ruthless, assertive players to score. They wanted to create a piece of equipment specifically for confident strikers, so the boot’s design had to mimic exactly how they play.

The tactical utility comes to life in the boot through the overt technology and bold design lines. Different angles and textures are featured in the strike zone, while the upper and framing has a progressive look and feel. The plate also has an aggressive design which is showcased through the geometry, studs, and heel.

The three biggest innovations featured in the Phantom Venom are the strike zone, upper and sole plate. Firstly, the strike zone has been enlarged and designed to optimize striking power. The Flyknit upper is durable, flexible, breathable and fits like a glove. Finally, the sole plate has an aggressive design that’s made to maximize natural movement. Read on to find out all the details.

The strike zone is found on the instep, which is where most players strike the ball. Nike have increased its size by about 30%, opening up the area to give players more control of the ball. They’ve included 13 ridges on the strike zone set at specific angles and ascending heights to enhance control. 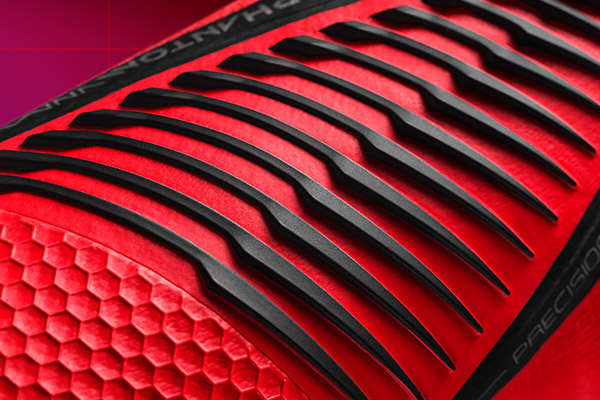 Durable and weather-resistant, these boots feature a full Flyknit upper covered with Nike Skin technology. Having the full Flyknit knit upper lets the boots mould to the foot right away while eliminating wear-in time. This design also allowed Nike to create a lockdown system that doesn’t require additional layers on the boot

Flyknit allows for Flywire cables to be threaded through channels that are knitted into the Flyknit. This creates dynamic lockdown, as well as a customized fit. As players hit those lateral cuts and make those sharp movements, the Flywire cables will capture the weight transfer and lock down the foot. 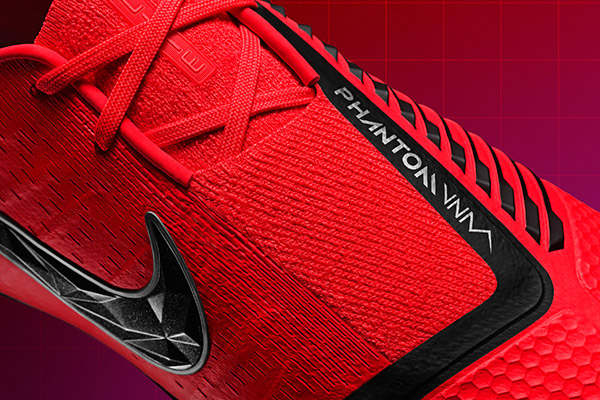 The new sole plate is all about enabling a player’s natural motion through lateral and medial cuts. In addition, it’s important that the boots help them stay in the ground. This keeps players engaged longer so they can create more torque on the ball. This helps players get themselves into a position to score.

Nike have created islands in the plate that that use different densities of material which creates various zones. Stiff islands are surrounded by flexible TPU, creating flex grooves and hinges that let you move more naturally. Every stud position has been designed strategically. The forefoot stud configuration focuses on medial and lateral cuts, while studs in the heel are made especially for braking. 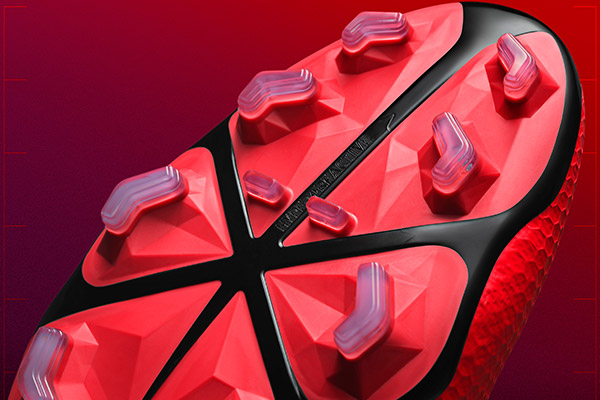