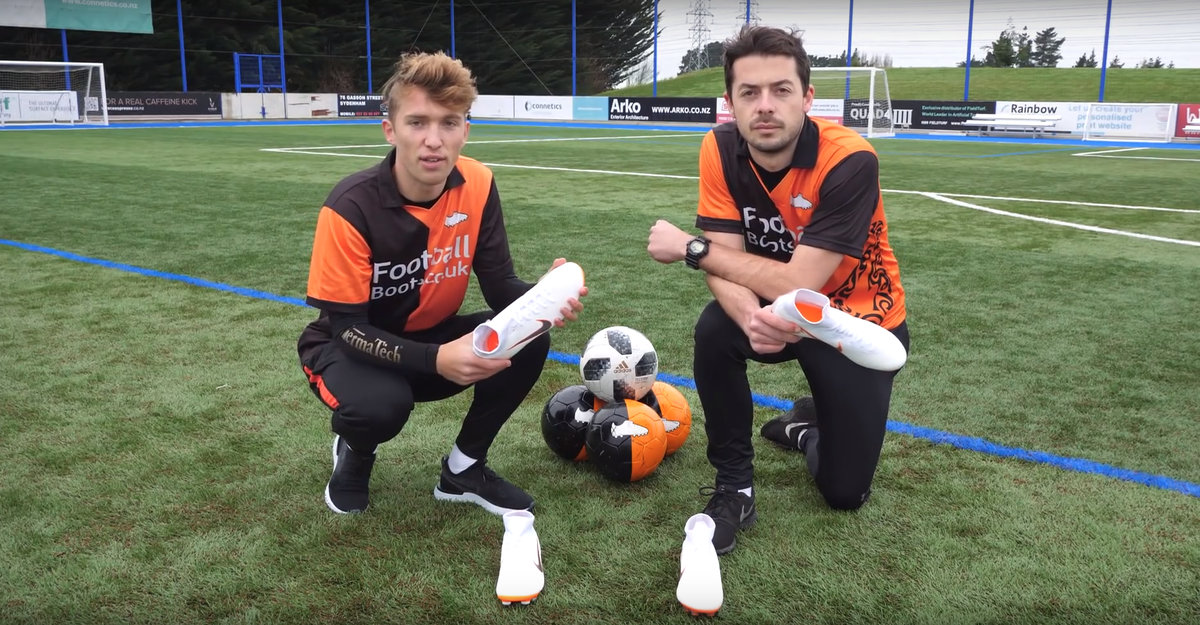 Think you can tell the Mercurial Elite from the Academy?

We sent Footballboots.co.uk a pair of Nike Mercurial Superfly Elite & Superfly Academy, the latest Nike football boots from the World Cup 2018 Just Do It pack. We wanted to see exactly how they compare, so they’ve put the boots to the test.

Blake & Tom go head to head, putting the boots through their paces to see how each pair performs in shooting, touch & whippage from the corner.

Ready to put your knowledge to the test? Get a full breakdown of the differences between both boots, as well as some insights into the design and technology in the video below:

So how do they stack up? The upper on the Elite is premium Flyknit, with a bit of NikeSkin material on top which acts as a waterproof coating. In comparison to the Magista and Hypervenom boots, this upper is much thinner, but it’s also much softer and lighter weight. With the Academy, the upper is made out of a synthetic textile all-over, and feels much thicker than the Elite. Each boot also has an ankle collar, with the one on the Elite being more stretchy.

The sole plates look very similar, but they’re actually quite different. The one on the Elite is made from Nylon, which is very lightweight, while the one on the Academy features TPU from heel to toe. The Academy is about 70-80 grams heavier than the Elite, depending on the size. If you have wider feet, the Elite is a better option as the upper and Dynamic Fit Collar are stretchier.

Both boots look very similar at first glance, but there are actually quite a few design differences. The most noticeable difference is on the soleplate – the Elite has a chrome finish, while the Academy looks quite standard. The Elite also has a customisable design on the back of the heel, while the Academy just has “Mercurial” written vertically. Lastly, the Swoosh logo on the Elite has a glossier finish that really kicks the design up a notch.

Ready to hit the pitch with these bad boys? Shop our full range of Nike Mercurial Football Boots online now.