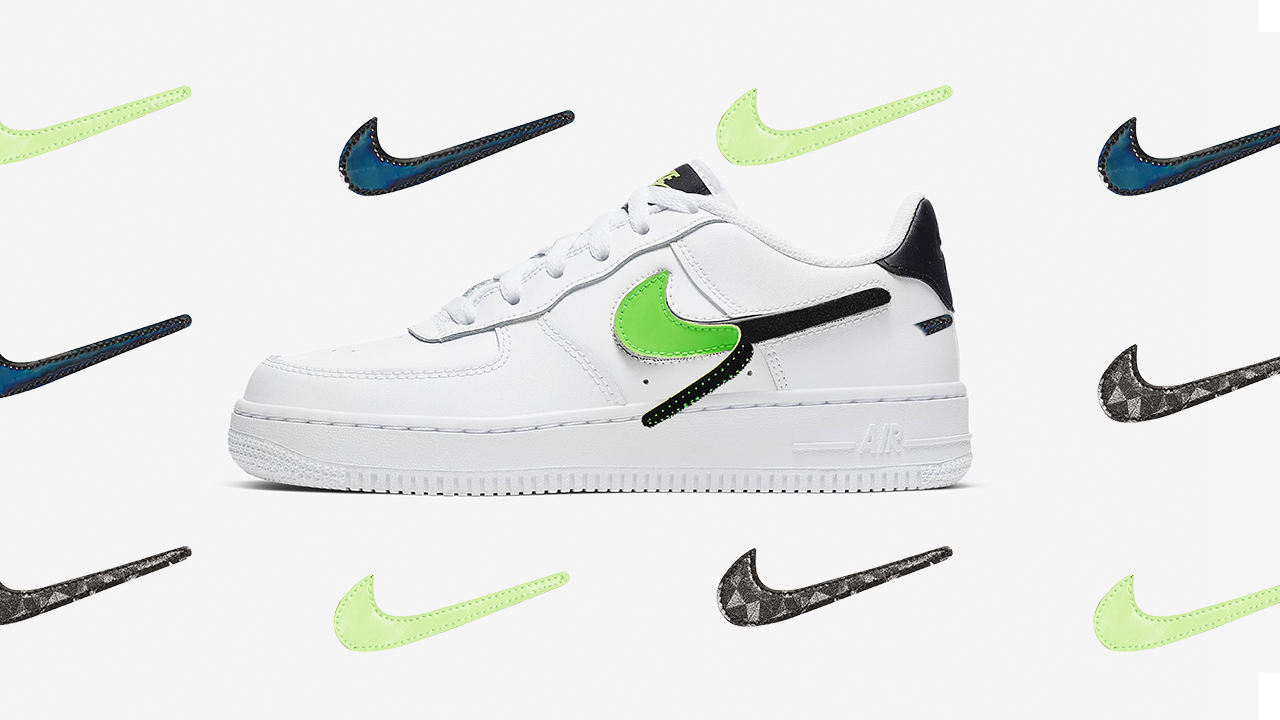 Change the look of your kicks with the Season and with your mood.

The legendary Air Force 1 footwear has had a bit of an upgrade.The AF1 LV8 3 adaption still has the same look and feel of the original Air Force 1; but this time you’re getting serious bang for your buck.

Four Trainer looks for the price of one? Yessir.

The classic Air-Sole unit with the exact same pivot point sole from the 1982 release has re-invented itself. The latest offering boasts 3 inter-changeable swooshes that you can cherry pick to adhere to your style staple depending on your mood.

Using super-sticky hook and loop fasteners, the swooshes can be attached and re-attached, over and over again to give you so much more control over the look and feel of how you want to wear your kicks.

These retain their iconic low profile, Air Force Air-Sole and perforated toe box. Check out the latest iteration of the Air Force 1 for Older Kids here; 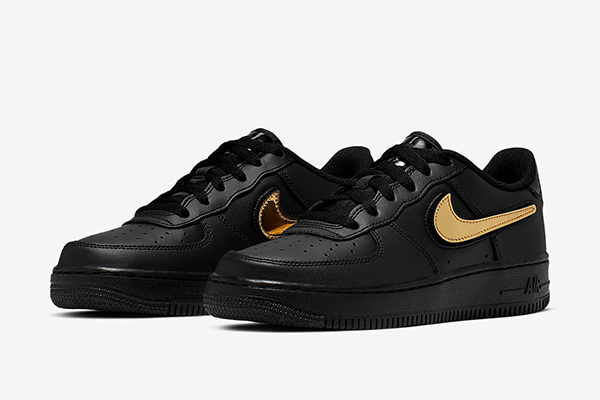 These heritage icons are given a seriously slick upgrade. Luxurious black leather upper on the classic AirSole with triple black lining, sole and laces. With the futuristic metallic ‘Swoosh’ pack, these Air Force 1’s are effortlessly cool and made to wear with everything. The style retains it’s heritage lineage including the famous ‘pivot’ point on the sole, unchanged from the original pair first released in 1982. The Air Force 1 LV8 3 is a footwear staple for a reason.

The default ‘Swoosh’ colour on this style is black. When you want to inject a little more fun into your Nike Air Force 1’s, you can crack out any one of the three-pack of inter-changeable swooshes. 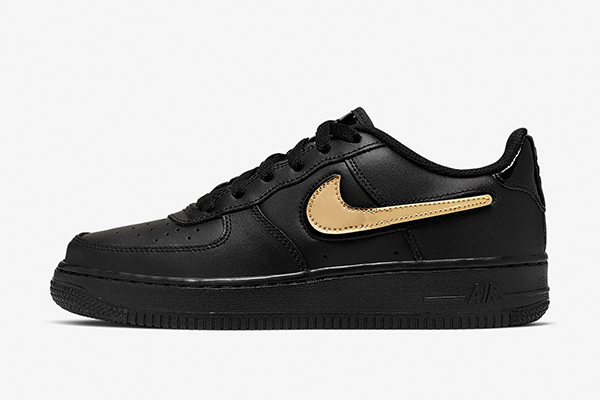 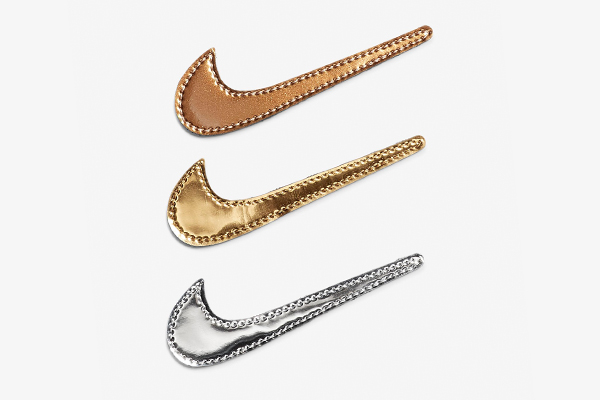 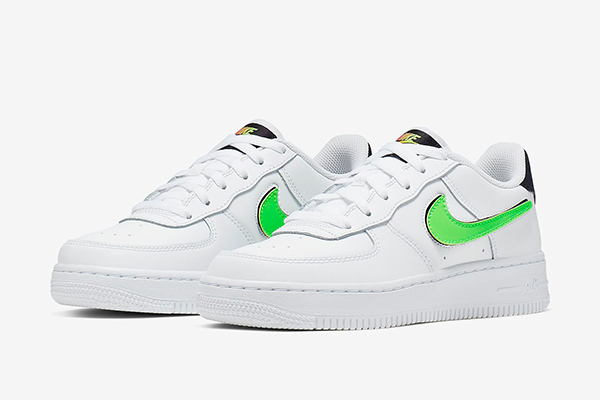 These guys certainly have an eye-catching colour-way! Super smooth synthetic leather upper with a low-cut heel counter. The black tongue tag has a bright red, orange and neon green Nike branding with a contrasting black leather look heel tab. The bright, fresh white upper is superbly contrasted by the eye-popping neon-green swoosh on the side. 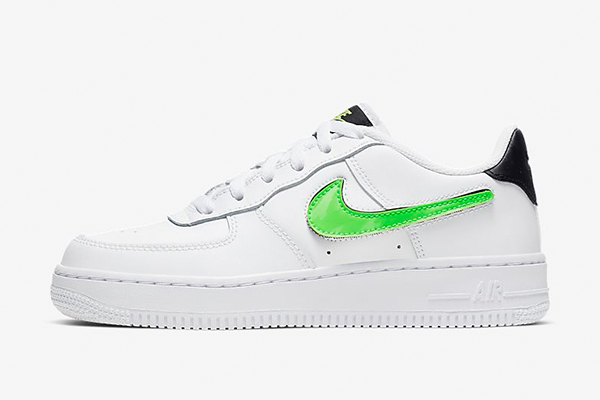 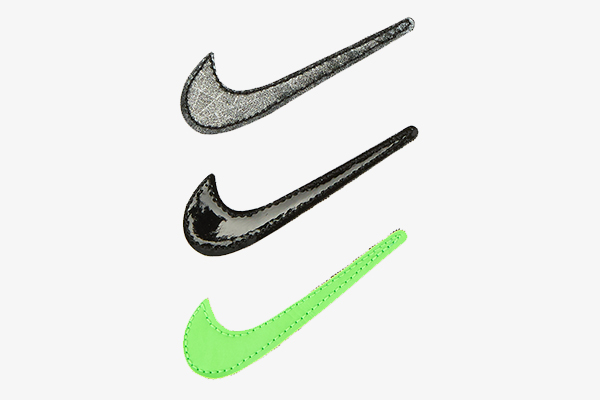 How will the mood strike you?