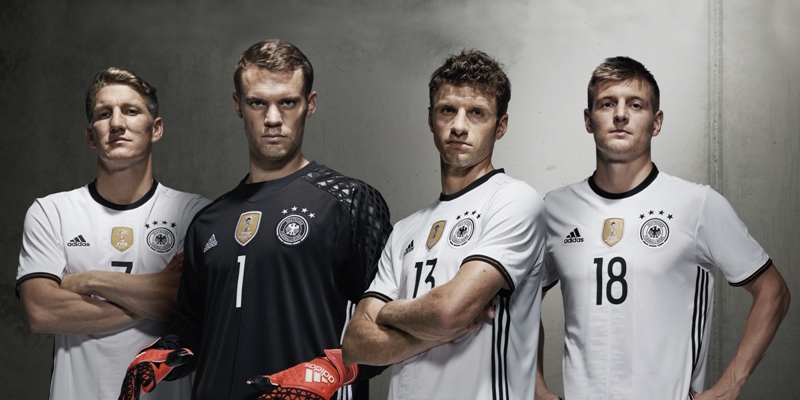 Bastian Schweinsteiger is the archetypal midfield maestro; an efficient and extremely successful midfielder who can dictate a game with his encyclopaedic footballing mind. 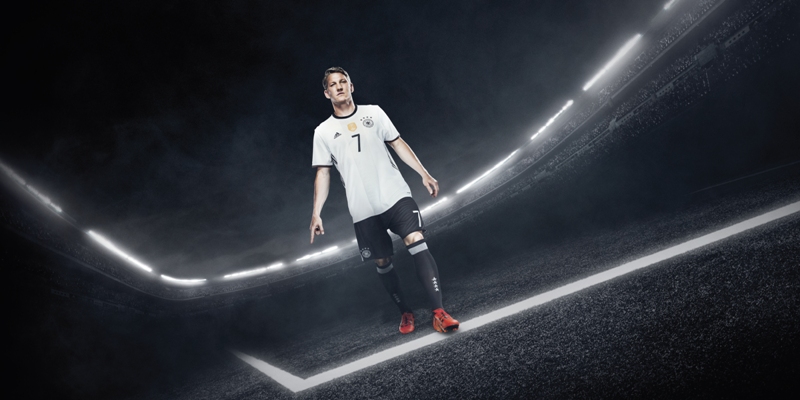 But the Germany captain has never lifted the European Championship trophy and this summer the addition of the ‘World Champions’ tag to their new UEFA Euro 2016 kit could be the boost that sees him lift the silverware in France.

As World Cup winners, Germany go into the tournament, along with the hosts, as favourites – when are they not?

Their success two years ago in Brazil means the most notable addition Adidas have made to the classic, pristine white and black strip is a gold emblem stating their champion status.

Along with the striking crest in the centre of the jersey is a “success bar code” graphic which represents the titles and successes at previous World and European Championships and the sleeves reveal the years of those victories, just in case their opponents needed reminding.

Schweinsteiger knows all about success at club level and is delighted the international kit he hopes to recover from injury in time to slip on focuses on the nation’s triumphant moments.

“The jersey represents success, and the classic colours fit perfectly together”, said the 31-year-old.

While Adidas have stuck with the traditional white and black detail, gone are the famous black, red and gold three stripes from the sleeves for the first time. They now decorate the seam down the side of the shirt. 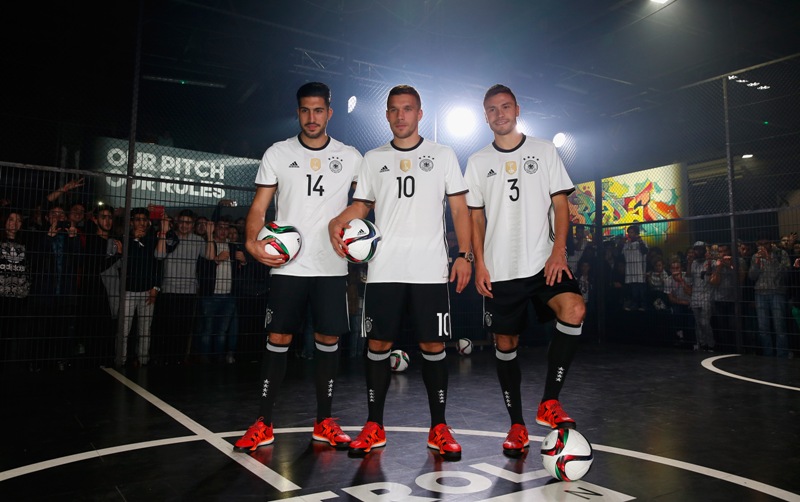 Sunday’s pre-tournament friendly against Slovakia will offer the German players their third chance to wear their decorative home strip where they look to go through the gears prior to their first Euro 2016 match against Ukraine on June 12.

If Germany are to lift the fourth European title in their history – and you would be brave to bet against them – then the players will soon be making room for the title ‘UEFA Euro 2016 Champions’ on the shirt’s success graphic.

Get the kit and emulate your sporting heroes this summer.

SUPPORT THE CHAMPIONS AND ADD THE LATEST GERMANY FOOTBALL JERSEY TO YOUR COLLECTION!