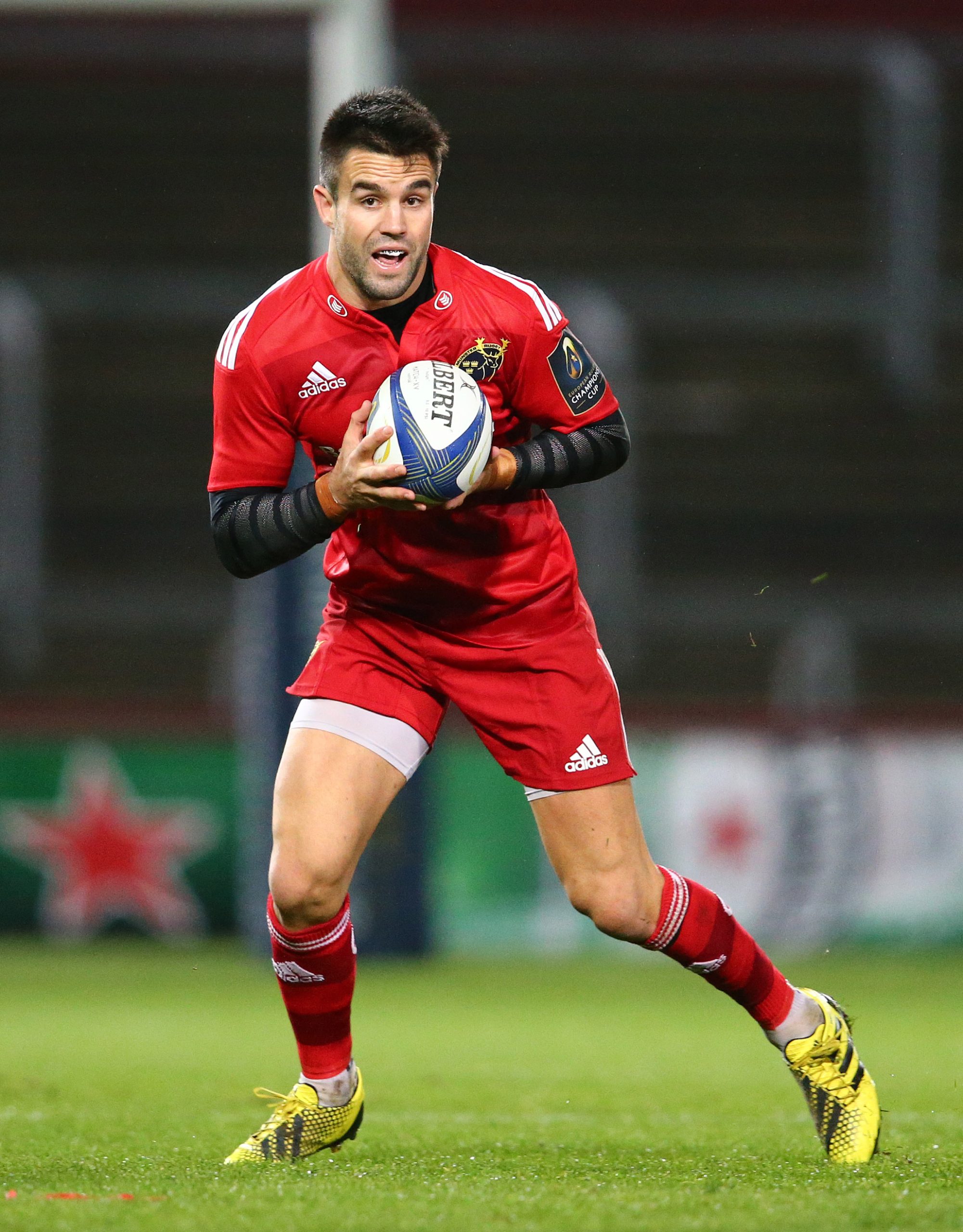 Murray’s got high hopes for Munster

MUNSTER KICKED OFF THEIR ERCC CAMPAIGN WITH A COMPREHENSIVE BONUS POINT WIN OVER TREVISO LAST WEEKEND.WE CAUGHT UP WITH MUNSTER SCRUM HALF CONOR MURRAY, TO DISCUSS GETTING OVER THE WORLD CUP HANGOVER AND MUNSTER’S EUROPEAN HOPES THIS SEASON.

The World Cup was obviously a disappointing time for everyone and we had hoped to go a lot further in the competition, but it’s nice to be back now and playing with Munster – and to see the side doing so well.It’s good to get back out there with the boys, playing with my mates again and working hard for the team.You have to really throw yourself among it all and be positive about getting back to the club game and put the disappointment of the World Cup behind you.

We are right in the middle of the season so there was no chance to take time off after the World Cup, which is maybe a good thing.I played a few games at the World Cup but after I just wanted to get back out there and throw around with my friends.

It has been brilliant to be back at Thomond Park and the see the fans again and things are really going to ramp up now and there is a block of tough matches coming up.

Over the last few games the team has done so well to get the results they have and to put us in a strong position in the league.I think that shows where we are as a team and I think Anthony Foley has put us in a great position and with him at the helm we all believe in the project and know we can do some great things.

Over the last four or five years we have had different coaches come in, so pre-season has been about adapting to a new style.

All the work has gone into that so it was hard to find that consistency when the start of the season came around.

Now we have that consistency and we can hit the ground running because we all know the system and how we are meant to be playing.

We have built those foundations now and they are in place so we can go a long way.

With Ireland I just have to forget about it for a little while now and get back to Munster and focus on doing the best we can.Ireland will come back around soon with the Six Nations but I haven’t really thought about it at this point to be honest.

The World Cup obviously ended with disappointment but the overriding memory is the amazing support we all got. The noise was immense and the bus journeys to the stadiums with the streets lined was like a carnival atmosphere.

Certainly the future is bright for Ireland and we have the likes of CJ Stander who is now qualified and is a great guy.The best thing is that he has really bought into our culture and embraced life in Ireland and at Munster, which is always nice to see

For us we just need to focus on the task ahead  in terms of the ERCC and the Pro12.  The upcoming trip to France this weekend has been postponed, which is completely understandable given the circumstances.

It’s tragic for everyone and you have to feel for the French and what they have gone through. We look forward to making the trip when it is rearranged and it will be a chance for us to get out there and show that sport can bring people together and show a united front.  There will be a lot of compassion and feeling among the teams when it does happen and I’m sure it will be an occasion where we can all show how valuable sport