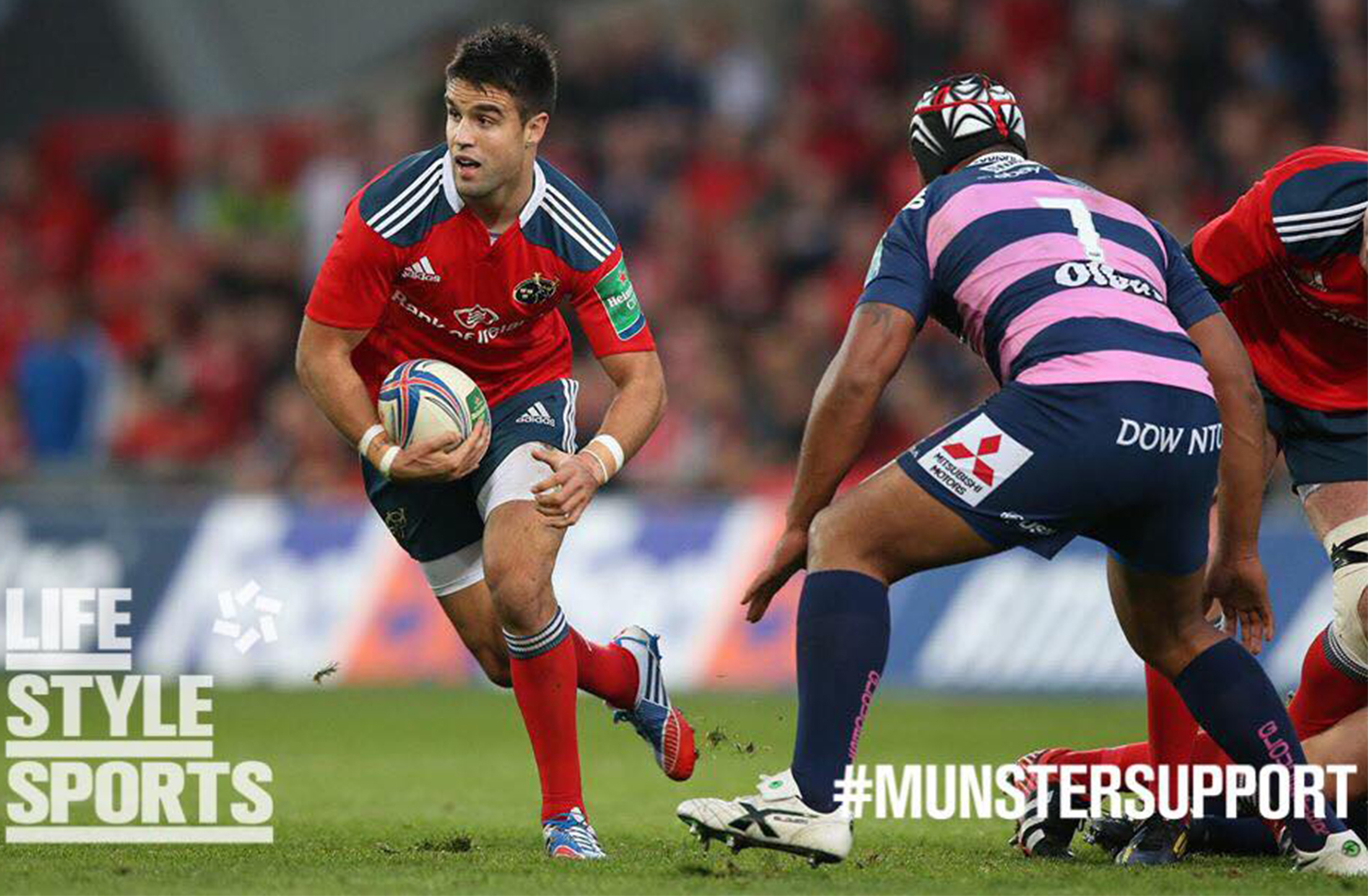 IT IS FANTASTIC TO BE BACK AT MUNSTER AND SETTLING BACK INTO THE CLUB ATMOSPHERE – BUT I’LL ADMIT IT WAS VERY STRANGE AND QUITE FRUSTRATING TO BE SAT WATCHING THE EUROPEAN GAMES FROM HOME AT THE WEEKEND INSTEAD OF PLAYING A PART.

Seeing Leinster compete in front of an incredible crowd against a top quality Bath side, with the weather as beautiful as it was, took me back to last year and beating Toulouse at a packed Thomond Park. Playing in those big games and experiencing the buzzing atmosphere that goes with it is what you want to be doing in rugby, but now we have turned our total focus onto the Pro12 – and making sure we are taking part in those key matches again.

The aim for us now is securing a home semi- final, and it is great to know that we are in a position to make that happen at the moment. Our destiny is in our own hands at this stage and we want it to stay that way – we do not want to be relying on other teams or results.

Home advantage is massive in any competition, and it is no secret to anybody how special it is to have the Munster faithful behind you in those decisive phases of play. During the European weekend we were training at Thomond Park and I was picturing how great it would be to have another pivotal game on that pitch in front of a packed crowd all decked in red. That thought was a real motivator, and ultimately we know that is our target – we understand that if we work hard enough we can get it secured. It’s in big games like Pro12 semi- finals where you really appreciate the impact of the crowd, and they can end up giving you the lift that spurs you on.

thing like that really gets the supporters going – it really is an amazing atmosphere, and it always gives you something extra to play for. We can keep going on about home advantage, but ultimately we have to get to that stage first.

We’ve got a difficult trip to Edinburgh first, because they are flying after a couple of great wins at Scarlets and London Irish in recent weeks and we have to be wary of their confidence. The focus is on that one first and we are looking forward to the battle. Returning to the dressing room after being away with Ireland has been as fun as ever, and it’s the usual guys you’d expect who welcome you back with some laughs. It can take a little while to adjust again, but people like Duncan Casey and Mike Sherry help and make it very interesting!

No matter how well you have done away from the club, as soon as you return they bring you straight back down to earth with a cutting comment or a humorous remark at your expense. If you are slacking in any way then they are very quick to put you back in your box and stop you from getting ahead of yourself – it is exactly what you want to have in a club and I think everyone enjoys it. Personally I feel really good about my game at the minute, but even after the success of the Six Nations there are aspects of my play that I want to work on and improve. Obviously it is now about finishing the season on a high with Munster, fighting for the jersey and contributing as much as I can. Hopefully it will all come together – there is no doubt it is going to be a huge final few weeks.

Conor Murray is a Life Style Sports brand ambassador. Make sure you’re decked out in red to support Munster Rugby this weekend ahead of their clash with Edinburgh at Murrayfield. Visit our Munster Rugby store for the widest range of kit, shirts and accessories at  Life Style Sports, the club’s official retail partner.