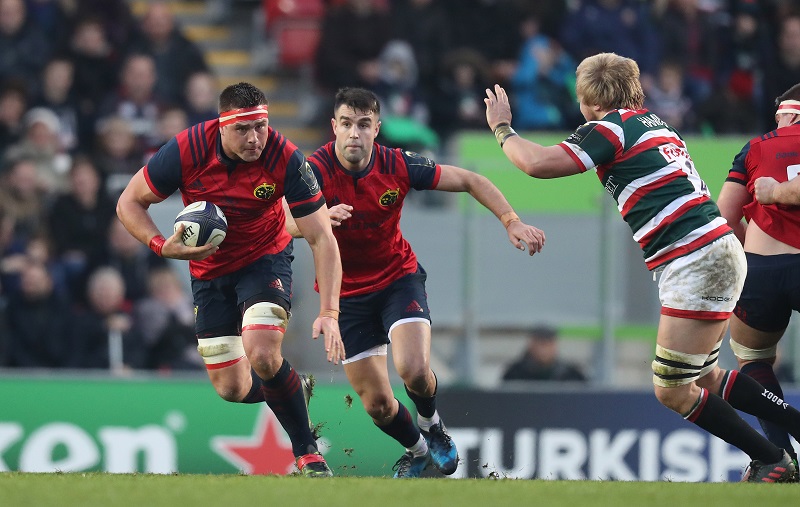 It’s set to be a hugely exciting weekend for Munster rugby with the British & Irish Cup final before Saracens arrive at the Aviva Stadium for the Champions Cup semi-final on Saturday.

The Munster squad did exceptionally well to get through a group which included Leicester Tigers, Racing 92 and Glasgow Warriors with five wins out of six.

After comfortably beating Toulouse 41-16, they face their biggest test of the season so far when they take on reigning Premiership and European champions Saracens.

And with Conor Murray, Peter O’Mahony and CJ Stander all selected for the Lions squad today, we look at which Saracens they’ll be up against on Saturday.

CJ Stander has been mighty impressive this season with his hat-trick against Italy being a real stand-out moment as well as his performance against Toulouse in the quarter-final.

On Saturday he comes up against a Lions rival (or is that now team-mate) in Billy Vunipola, a player who returned from injury during the Six Nations after an incredible 2015/16 season.

Both are incredibly strong runners and will be desperate to get their side over the gain line and on the front foot at the Aviva Stadium, whoever is successful will have a major impact on this semi-final.

Murray is one of our picks to start the first Test in New Zealand (hyperlink) but he’s set for a stern test of his form when comes up against the experienced Wigglesworth.

The 33-year-old from Blackpool is unlucky not to have more than his 27 England caps, 19 of which have come as a replacement, and is one of the best tactical kickers from the base of the scrum.

Murray is thoroughly deserving of his Lions call-up and will be looking to dictate the direction and tempo of Munster’s attack against the reigning champions on Saturday.

O’Mahony is an integral part of the Munster back row and a key cog in the pack which operates so efficiently week in and week out at Thomond Park.

His return to fitness saw him make two substitute appearances and a start for Ireland during the Six Nations and will be looking to dominate the breakdown against Wray.

The Saracens back rower was part of the club’s academy alongside Owen Farrell, Jamie George and George Kruis and has developed into a key performer for the reigning Premiership champions.