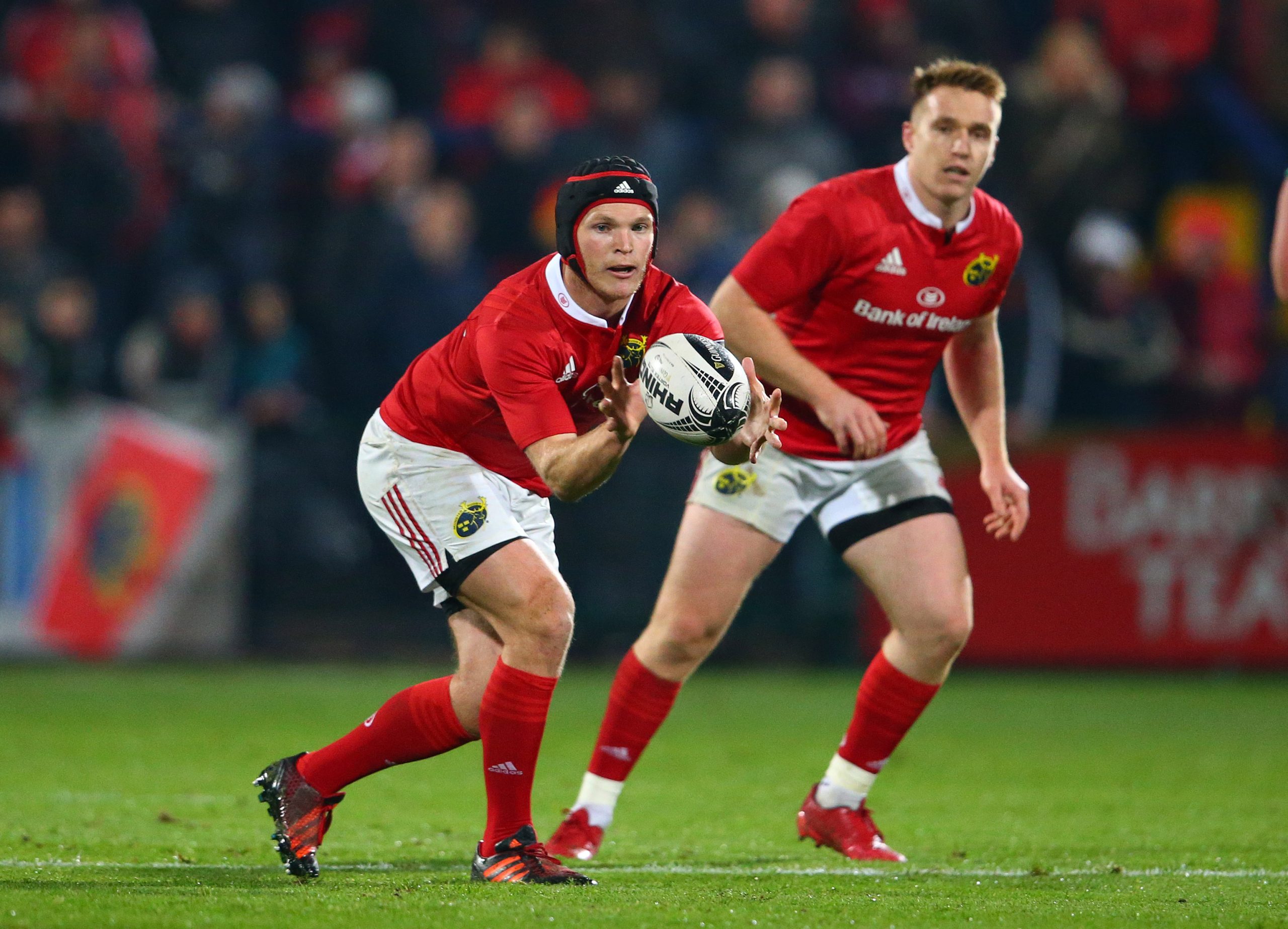 Less than a week after Ireland’s historic victory over New Zealand in Chicago, the stage is being set for another massive rugby tussle between Ireland and the Kiwis.

Friday night will see Munster take on the NZ Maori in another fixture with history of its own, who can forget the agonising 18-16 defeat to New Zealand in 2008 or the famous 12-0 triumph in 1978?

And it should be an extra special occasion, win or lose, for Christchurch-born Munster star Tyler Bleyendaal as he takes on the country of his birth.

Bleyendaal is a former New Zealand under-20 who captained his side to the Junior World Championship title in 2010 in Argentina.

He went on to make 20 Super Rugby appearances for the Canterbury Crusaders before agreeing to move to Munster and, following recovery from a neck injury, arrived in Ireland in January 2015.

And the 26-year-old will be coming up against a familiar face at Thomond Park as he faces an old school friend from his Christchurch days.

“I went to Christchurch Boys High Schools with Ash Dixon, their captain”, he explained.

“He is very skilful and a good leader and has played for New Zealand A. They’re a very dangerous team with attacking threats across the board so we will have to be on our game.”

Bleyendaal made his debut for Munster A against Ulster Ravens in April of the same year with his Guinness PRO12 debut coming at Irish Independent Park against Benetton Treviso in September 2015.

Injury issues restricted him to just five appearances last year but the Munster faithful are really starting to see the best of Bleyendaal in his seven starts so far this season.

He scored a try against Glasgow Warriors and kicking 22 conversions – including four against Ospreys in the weekend’s 33-0 win – and five penalties.

And although Friday’s fixture is officially noted down as a friendly, the fly-half is expecting an extremely tough and competitive battle against a Maori side who beat the USA Eagles 54-7.

“There have been a few injuries in the All Black squad and the Maori team is almost a feeder team for the All Blacks and see it very much as the one squad.

“They’re not here for a holiday, they’re here to perform with high expectations and play a very exciting brand of rugby.

“They’ll be looking to put the pressure on us and score a lot of points.

“Our defence has been going very well but it’s going to be tested and we have to expect they are going to score a lot of amazing tries. It’s how we respond is the key.”

THE LATEST RANGE OF MUNSTER RUGBY & MAORI ALL BLACKS JERSEYS, TRAINING WEAR AND FAN-WEAR IS AVAILABLE TO PURCHASE IN STORE AND ONLINE. CLICK HERE TO SHOP NOW.