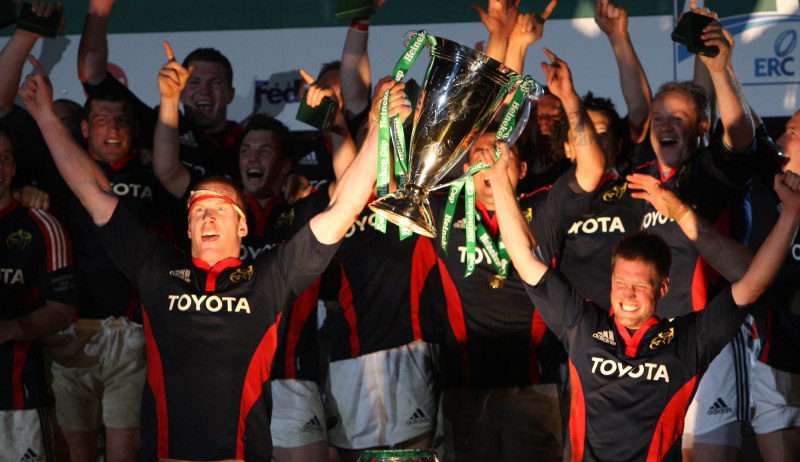 Munster v Toulouse – relive the glory of the 2008 final

Two European heavyweights will once again go head-to-head this weekend as Munster meet Toulouse in the European Champions Cup quarter-final on Saturday.

As soon as the draw was made, memories resurfaced of that incredible 2008 final in Cardiff, where Munster were victorious 16-13 as the province lifted the title for the second time.

Incredibly, both these sides will be playing in their 157th European rugby match, with Munster having won the competition twice and Toulouse four times.

But as we look back at that  amazing performance in Cardiff, let’s hope Munster can produce a repeat display and record their eighth win in their last nine European quarter-finals at Thomond Park.

Route to the final

Munster returned to Cardiff two years after success in 2006 over another French opponent, Biarritz, and were once again in the away dressing room.

The Irish side only just snuck through their incredibly difficult group finishing level with Clermont and Wasps on four wins each, while Scarlets were left without a point.

But despite being seeded sixth in the quarter-finals, Munster went to Gloucester and put in an extremely professional display to win 16-3 at Kingsholm.

An 18-16 victory over Saracens followed in the semi-finals while Toulouse beat Cardiff Blues and London Irish on their way to the showpiece event. 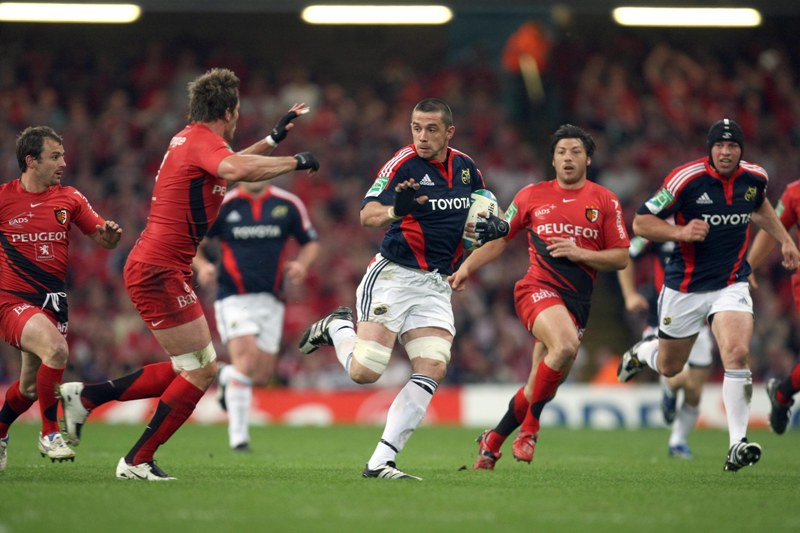 Jean-Baptiste Elissalde nudged an early drop goal for Toulouse before Denis Leamy’s effort to touch the ball down was ruled as a knock on by the TMO.

But the No. 8 wasn’t to be denied for long as Munster were awarded an attacking scrum almost immediately and a series of pick and drives saw Leamy score, before Ronan O’Gara added the conversion.

O’Gara slotted three more points for Munster, playing in their blue away kit, before an Elissalde penalty brought the French back to 10-6 at the break to end an enthralling half of rugby.

Doug Howlett thought he had Munster’s second try early in the second half, only for referee Nigel Owens to spot a forward pass from Rua Tipoki in the build-up.

Toulouse captain Fabien Pelous was then sent to the sin bin but, trailing by seven after another O’Gara penalty, a moment of magic from Cedric Heymans lit up the final.

Heymans took a quick lineout to himself before chipping over the on-rushing Munster defence and then kicking the ball through for Yannick Jauzion to hack on with Yves Donguy dotting down.

Elissalde added the conversion to make it 13-13 but the nerveless O’Gara’s converted a 65th minute penalty which saw Munster crowned European champions and gave head coach Declan Kidney – who would depart for the Ireland job that summer – the perfect send-off.