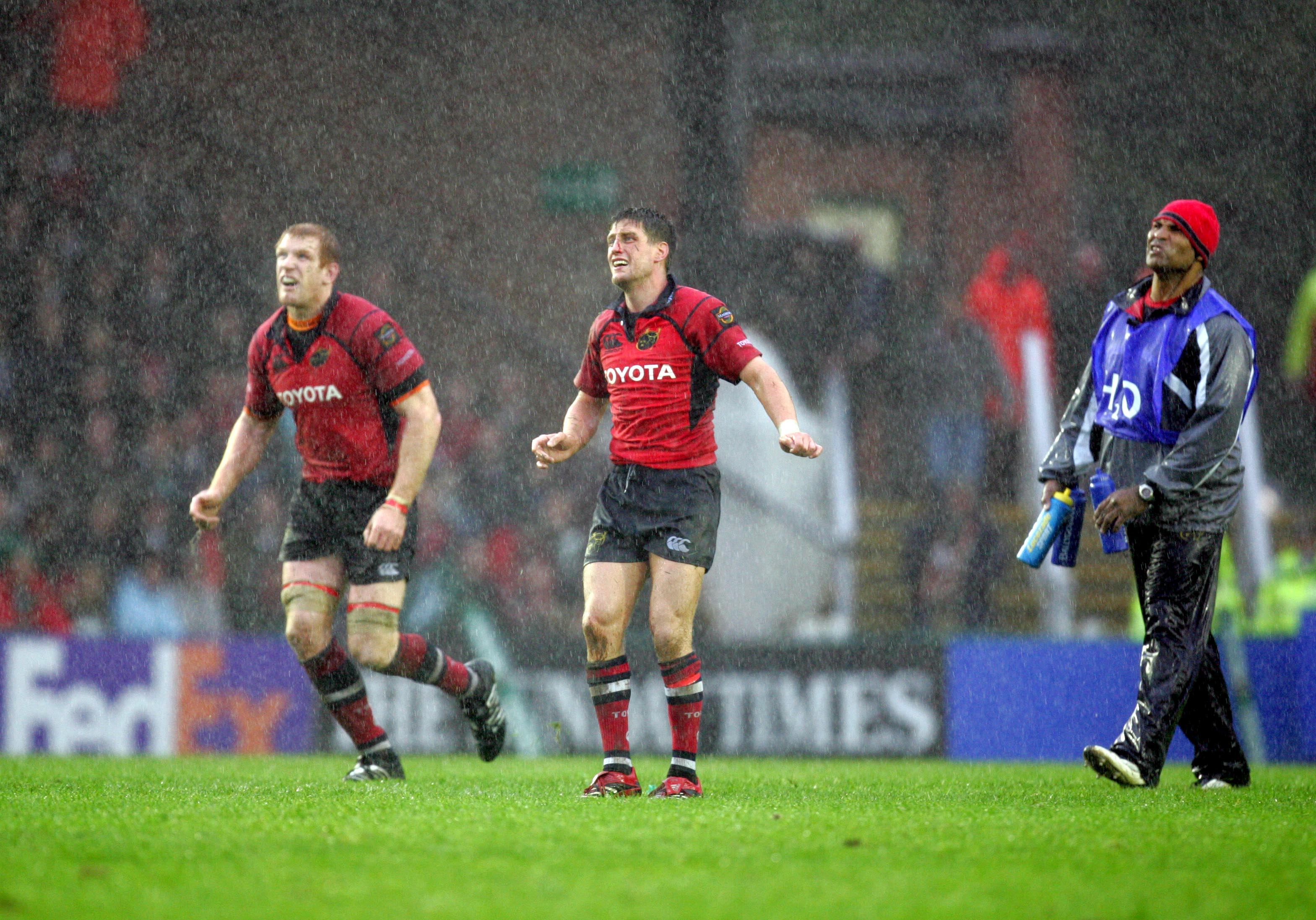 Thomond Park inspires awe in a way that few other European rugby stadia can.

But Leicester Tigers, giants of English rugby, pay heed to that reputation less than any other side on the continent.

Richard Cockerill’s side are the only team to win there on two occasions, becoming the first to win there in 12 seasons of European rugby in 2007.

Only once has the home side triumphed in this fixture – last year’s 17-6 Tigers win at Welford Road – but Rassie Erasmus’ side go into this game as heavy favourites.

They are in far better form – their huge 38-17 win against Glasgow Warriors has precipitated a six-game unbeaten run that has taken them to the Pro12 summit, while Leicester have fluctuated between the excellent and the average.

Ben Youngs and Conor Murray go head to head in a battle of Europe’s best scrum-halves in a fixture that has so often proved critical for the winning side.
Here we take a look back at three epic and influential battles over the years.

Perhaps the sorest memory in Munster’s playing history. At 15-9 down in the dying stages of a Heineken Cup Final, Mick Galwey’s side had a centre-field scrum and a chance to get the converted score they desperately needed to seal a first ever trophy in Europe’s elite competition.

An errant day from the tee for Tigers’ Tim Stimpson had handed Munster the chance at glory, with Ronan O’Gara’s score drawing them within range of tries for Austin Healey and Geordan Murphy.

But as Peter Stringer went to feed the ball, flanker Neil Back conspicuously swiped the ball back towards the Leicester scrum and – unseen to any officials – secured a crucial turnover.

And that was that, the Tigers bagged their second consecutive Heineken Cup triumph and Munster went home empty-handed.

Revenge was not far away as Munster dominated Leicester in the Heineken Cup quarter final less than a year on from that day in Cardiff.

O’Gara was the star turn at Welford Road as the Men in Red turned in a superb performance to win 20-7.

Fly-half O’Gara kicked two penalties, two conversions, scored a try and set up half-back partner Stringer for a try of his own.

Though it was not the decisive step to that elusive first European crown as Munster lost out to eventual winners Toulouse 13-12 at the Stade Municipal in the semi-finals, but it was another move in the right direction.

O’Gara – whose 41 points in this tie make him by far its highest scorer – was again the match-winner against Leicester in the 2006 group stages.

Though Leicester would later go on to make history by becoming the first side to win at Thomond Park in Europe in January 2007 – ending 12 years of dominance – Declan Kidney’s side claimed their second win in a row at Welford Road with a 21-19 win.

It was a last-gap long-distance kick of the greatest magnitude. Fifty metres out in the pouring rain with Welford Road’s crowd willing him to miss.

But he showed all of the composure that made him Ireland and Munster’s record point-scorer to thump it over and sealed another man of the match performance.

The latest range of Munster Rugby jerseys, training wear and fan-wear is available to purchase in store and online. CLICK HERE TO SHOP NOW.