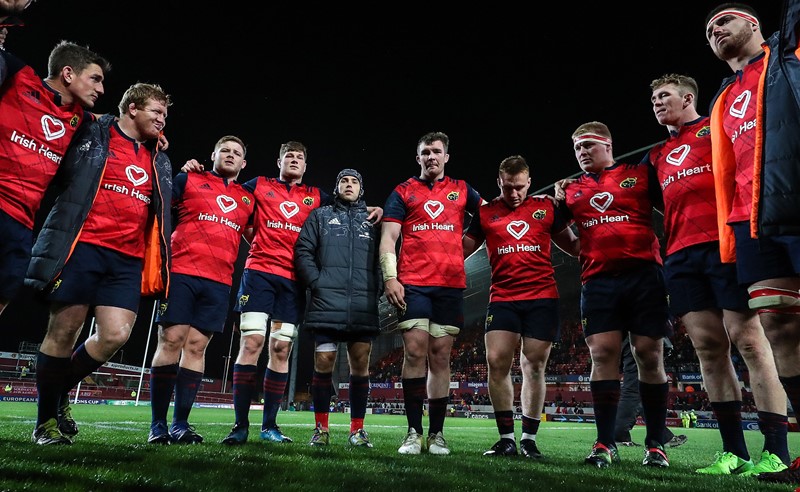 When Connacht host Munster on October 27 the players of both teams will be focused on victory, but for some, the result may not be the only thing on their minds.

The autumn internationals are fast approaching, and the grudge match between the two provinces is the penultimate game before Ireland host South Africa in Dublin.

Players on both sides will be vying for a place in the team with Munster players in particular hoping that their form this season has improved their chances of selection.

Sitting in second in the Guinness PRO14 Conference A, breathing down the necks of leaders Glasgow Warriors, Munster’s Irish contingent will be desperate to continue their form and force themselves into Joe Schmidt’s plans.

Even the Irish favourites will not be taking selection for granted, and with both Leinster and Ulster looking razor sharp in Conference B, Munster’s Irish stalwarts cannot do anything to jeopardise their selection.

Munster’s ever-present scrum-half has been a big part of the Ireland set-up since 2011, and in the 2017 Six Nations he was nominated for the Player of the Championship award.

The 28-year-old, who has 104 appearances for the province, has been a phenomenon for Munster this season as they continue to impress in the league.

After an impressive summer with the Lions, Murray has gone from strength to strength this year and Joe Schmidt will be praying the scrum-half doesn’t pick up an injury in the coming weeks.

Leinster’s 2017 Player’s Player of the Year Luke McGrath and Ulster’s John Cooney will, most likely, be fighting it out for a spot on the bench.

Alex Wootton will be well aware that if he continues his blistering form he may well be pulling on the Irish shirt for the first time come November.

The 23-year-old winger has been electrifying for Munster this season, scoring an incredible four tries against Cheetahs in their PRO14 clash in September.

He is the league’s joint-top try scorer with five tries, along with Cheetah’s Makazole Mapimpi and Torsten van Jaarsveld and Johnny McNicholl of Scarlets

Ireland selection will certainly be on his mind, and the youngster will be desperate to impress against Connacht to further increase his chances of selection.

The burly prop is part of the furniture at Munster, with 142 appearances for the province, but he continues to be overlooked for Ireland selection.

He won the last of his two caps for the national team in 2013, in a substitute appearance against Australia, but has been an ever-present at club level.

Is this the year that Archer can force his way in from the cold with the 29-year-old longing to show what he can do against Connacht and force Joe Schmidt to reconsider his position.