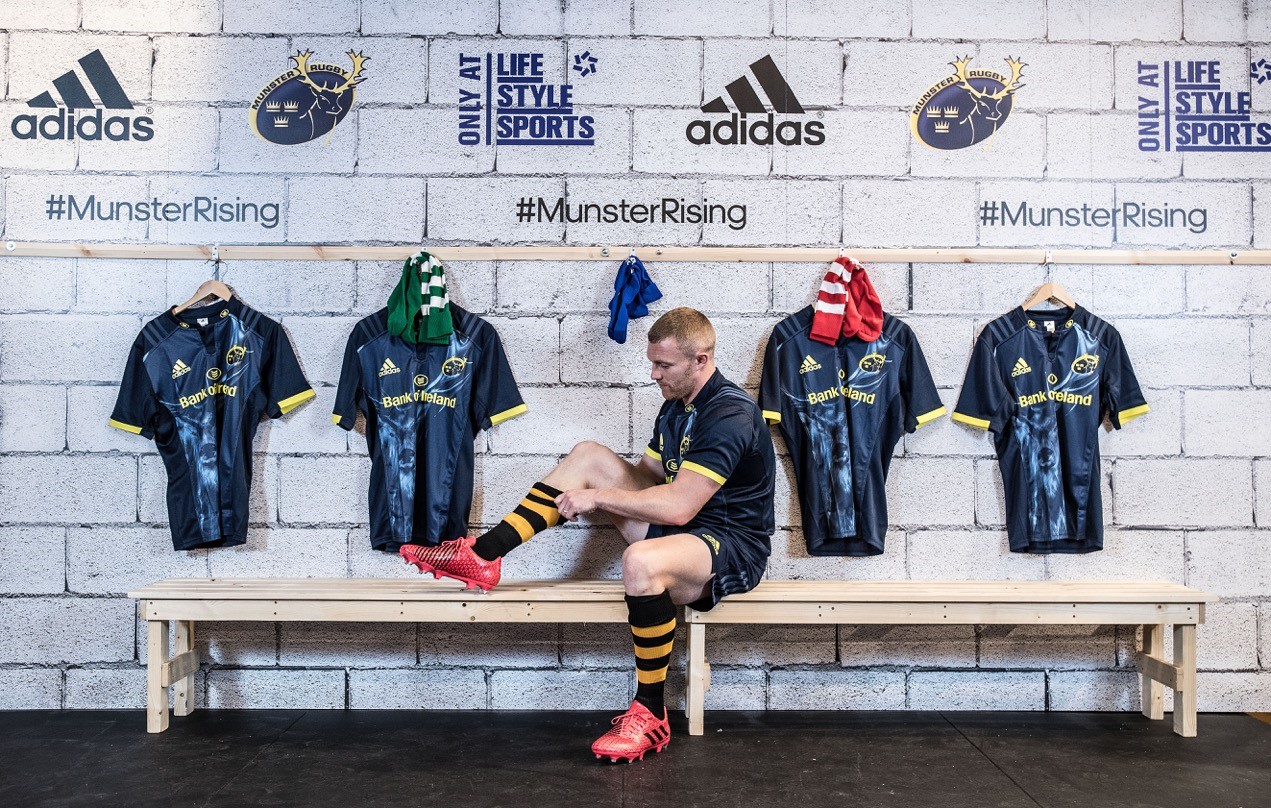 To celebrate the launch of the new 2016/17 alternate kit, Munster Rugby, adidas and exclusive retail partner Life Style Sports today launched the #MunsterRising socks initiative, which will see the squad tog out in socks that will represent a selection of local school and club colours for their epic showdown against Maori All Blacks in Thomond Park on November 11th. 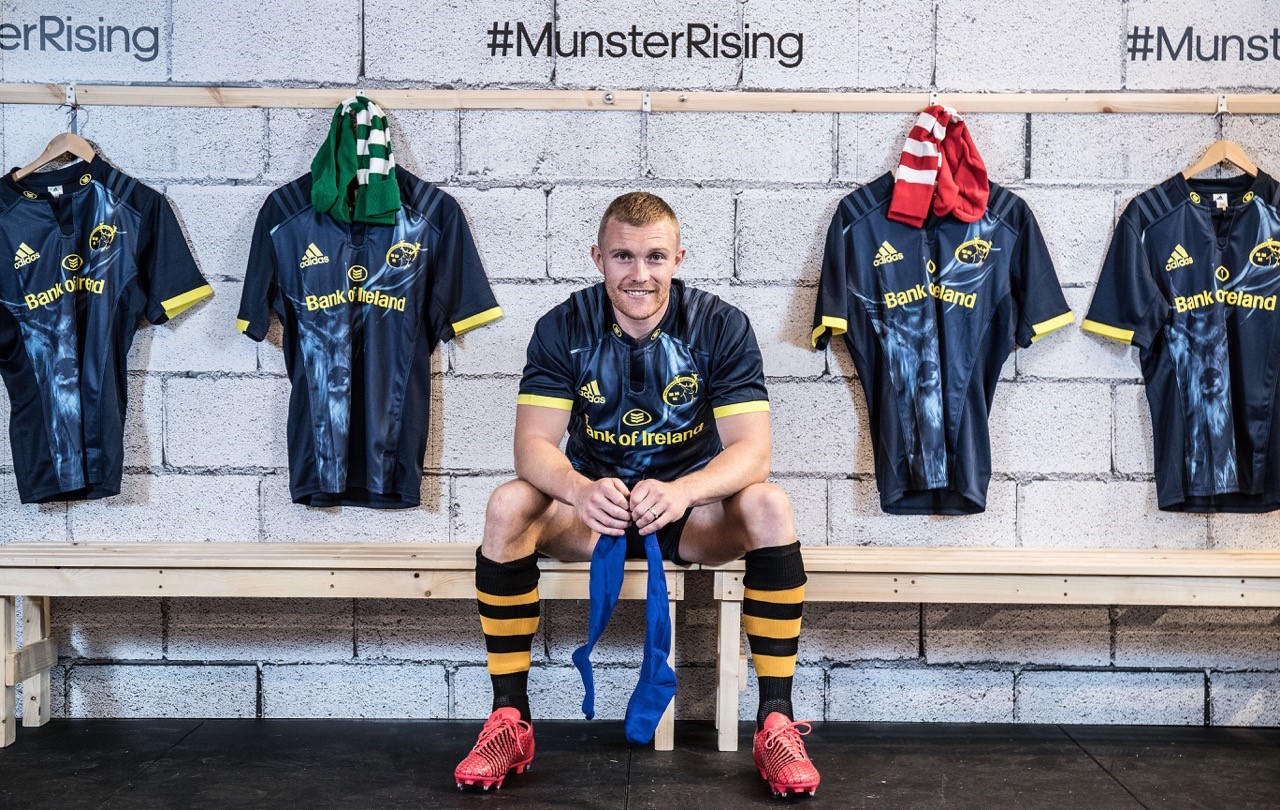 Munster’s Keith Earls was on hand wearing his Young Munster colours to announce the competition in Life Style Sports’ new flagship store in Mahon Point. Although progressing through Thomond RFC and St. Munchin’s College, Earls holds close ties to the Limerick club where his father, former Munster flanker Ger Earls, was synonymous during the early 90s.

Munster fans are invited to visit www.lifestylesports.com/munsterrising to nominate their school or club to be in with a chance to be represented on the pitch by the squad on Friday, November 11 when Munster welcome the Maori All Blacks to Thomond Park. The schools or clubs selected will be paired up with players on the pitch and see their colours worn by the Munster team.   Schools and clubs from around the province will have their colours represented across the squad with specially commissioned adidas socks made for the historic encounter.

Along with seeing their club or school colours on the big stage, winning entrants will also enjoy the full match-day experience with match-tickets, a stadium tour and the opportunity to lay socks out for the players in the Munster dressing room before kick-off.

The competition is one of a number of initiatives being rolled out by Munster Rugby, adidas and Life Style Sports as part of their season-long #MunsterRising campaign, which aims to bring the fan experience to life through a series of digital and match-day activations.

“Grassroots rugby is at the very core of everything we do with clubs and schools forming the platform for rugby development across the province, producing Munster players past and present.  The inspiration for the #MunsterRising socks initiative is to highlight our community connections further and we look forward to seeing players wearing local club and school colours against the Maori All Blacks on November 11th.”

Debbie Byrne, Life Style Sports Marketing Director added: “We wanted to mark our new partnership with adidas and Munster Rugby by bringing our #MunsterRising campaign to life with an unforgettable match-day experience for fans of Munster Rugby. Munster Rugby has been embedded in communities for many years, so the Maori All Blacks game is the perfect opportunity for fans, schools and clubs to come closer to the team and become a part of the action.”

The 2016/17 alternate jersey, training range and supporters clothing is available only at Life Style Sports now.  To enter this competition and for further details, visit www.lifestylesports.com/munsterrising.