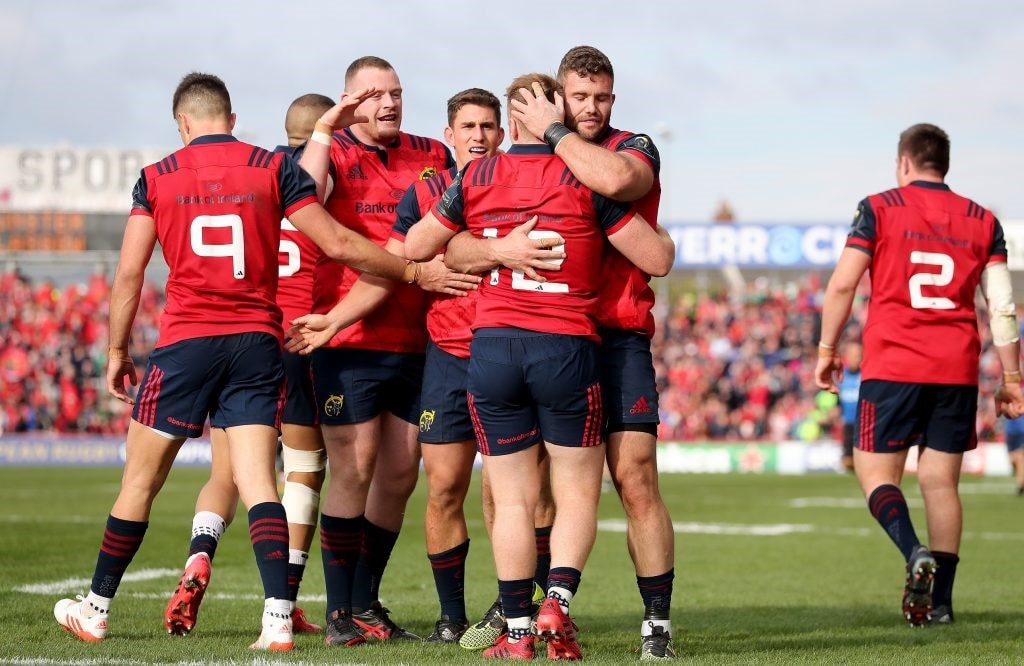 There should be no shortage of fireworks at Irish Independent Park this weekend when second-place Ospreys arrive to take on fourth-placed Munster in the Pro12.

After a dramatic drop goal secured a narrow win over Ulster in Friday’s provincial derby they have now earned back-to-back victories since Anthony Foley’s tragic death earlier this month.

Rory Scannell converted his own try and sealed the 15-14 comeback victory at Kingspan with a drop goal to move Munster into the top four.

Such a performance demands we take a closer look at this Munster rising star.

Great to get a win last night against a tough Ulster side. Thanks for all the support ???? #SUAF @Munsterrugby

The 22-year-old utility back was only promoted to a development contract at the start of this season but has made an instant impression in the first XV.

He opened his try scoring account for the campaign against Glasgow Warriors, his fourth appearance of the season, and followed that with a stand-out performance against Ulster last weekend.

And he has plenty of experience already behind him having been called up from the Munster under-20 squad to play for Ireland at that age group starting all his countries’ 6 Nations games in 2013.

Having come through the Munster academy, he made his full Pro12 debut against Cardiff Blues in October 2014 yet he won’t be on a full contract until next season.

His brother, Niall, is also a key Munster man with the pair becoming the first set of brothers to start for Munster in the PRO12 when they ran out against Newport Gwent Dragons last December.

Scannell made his Champions Cup debut last October against Treviso and won the Young Player and Academy Player of the Year awards in May this year.

Such has been Scannell’s rise that some commentator’s are calling for him to be called-up to the senior Ireland squad, including David Cockery in his Cork Evening Echo column.

“Munster’s hero was Rory Scannell who popped up and sweetly dissected the uprights with a magical drop goal,” he wrote.

“Scannell, who has been Munster’s rock of consistency over the last few seasons, must be furious that Joe Schmidt didn’t include him in his latest squad.

“At just 22, the former PBC student might have time on his side but the sooner Schmidt realises he is an almost carbon copy of Gordon D’Arcy, the sooner Irish rugby will have a more assertive and clever midfield.”

Rory Scannell fast becoming one of Munster’s most consistent and most reliable players.

The latest range of Munster Rugby jerseys, training wear and fan-wear is available to purchase in store and online. CLICK HERE TO SHOP NOW.