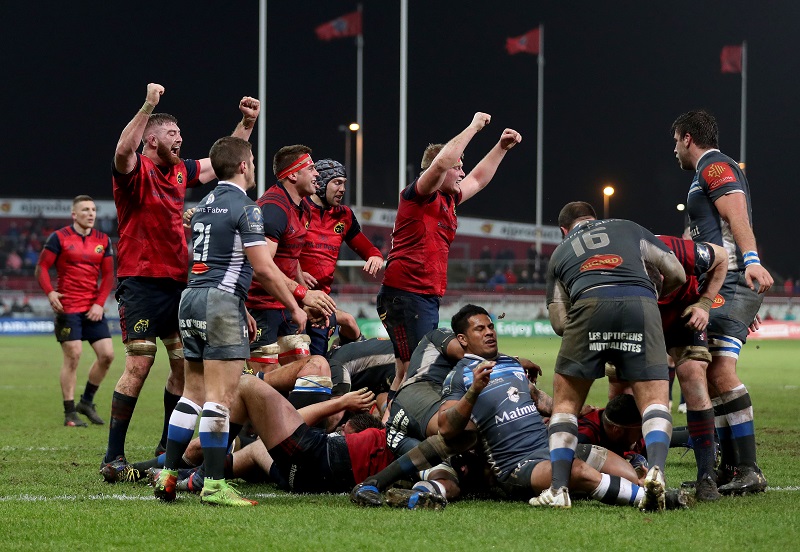 How Munster can reach the Guinness PRO14 Final

After having their dream of European Champions Cup glory dashed, Munster will hope to get their season back on track with a tilt at silverware in the Guinness PRO14.

The Irish province were defeated by Racing 92 in their semi-final on Sunday, with the French side sprinting out the blocks to lead 24-3 inside 26 minutes in Bordeaux.

Munster eventually rallied late in the second period with three tries to make the score more respectable, but the Top 14 side still ran out comfortable 27-22 winners.

Johann van Grann’s squad must now pick themselves up and turn their focus to the Guinness PRO14 as the season enters its conclusion.

Here is Munster’s likely route to the final and how they can lift the trophy again for the first time since 2011, after losing out to Scarlets in last season’s final.

Before the Guinness PRO14 Final Series, there are still several play-off spots still to be decided – and Munster have a big role to play in the final standings.

They have already secured their passage through to the knockout stages by finishing second in Conference A behind Glasgow Warriors, with Toyota Cheetahs unable to catch them.

It’s back to PRO14 action this weekend and as Official Retail Partner of Munster Rugby we’ve got a pair of tickets to watch #MUNvULS AND a signed jersey to give away?Check out our Rugby Insta to find out how you could win https://t.co/U1rKrnnb10 #LiveMunster #ProudlyIrish pic.twitter.com/fbauhu19QC

However, a semi-final qualifier awaits against the third-placed side in Conference B, with three sides potentially in the running going into Round 21.

Edinburgh are their most likely opponents, but the Scottish side could still leapfrog Scarlets into second if they defeat Glasgow Warriors – and Dragons emerge victorious in the Welsh derby.

Munster welcome Ulster to Thomond Park in the final round of the regular season, and should the visitors come out on top in the Irish derby they could also claim the last play-off place.

With Ulster needing a bonus-point victory – and Edinburgh finish without a point at BT Murrayfield – it seems likely that the placings will remain as they are after Round 21.

This will mean Munster will be at home for the semi-final qualifier and should Richard Cockerill’s side be the visitors to Thomond Park, they will hope to fare better than they did in their last meeting.

Edinburgh recorded a scrappy 12-6 victory – their fifth in a row – when they welcomed Munster to Murrayfield thanks to a Duhan van der Merwe brace back in March. 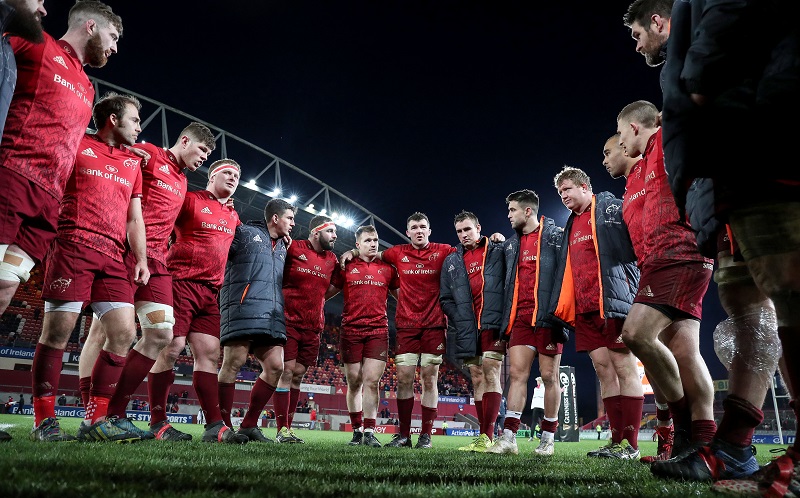 A formidable trip to Leinster awaits the winners of the qualifier in the semi-finals, with the Dublin-based side riding high after demolishing Scarlets to reach the European Champions Cup final.

Congratulations to @ConorMurray_9 & @KeithEarls87 as they have been nominated for the @RugbyPlayersIre Players’ Player of the Year award along with Johnny Sexton and Tadhg Furlong.#RugbyAwards18 pic.twitter.com/qg9kFN1FXR

Should Munster pull off victory against Leinster, arguably the most in-form side in World Rugby right now, they will probably face one of two sides.

The second semi-final should see Glasgow Warriors welcome Scarlets, unless Toyota Cheetahs spring a surprise in their qualifier against the Welsh region.

Having beaten both sides in their most recent meeting, Munster will fancy their chances whoever they should face if they make it through to the showpiece final.

They defeated Glasgow 21-10 in February and saw off champions Scarlets 19-7 in March, but the change to avenge their defeat in last season’s final will certainly be appealing.