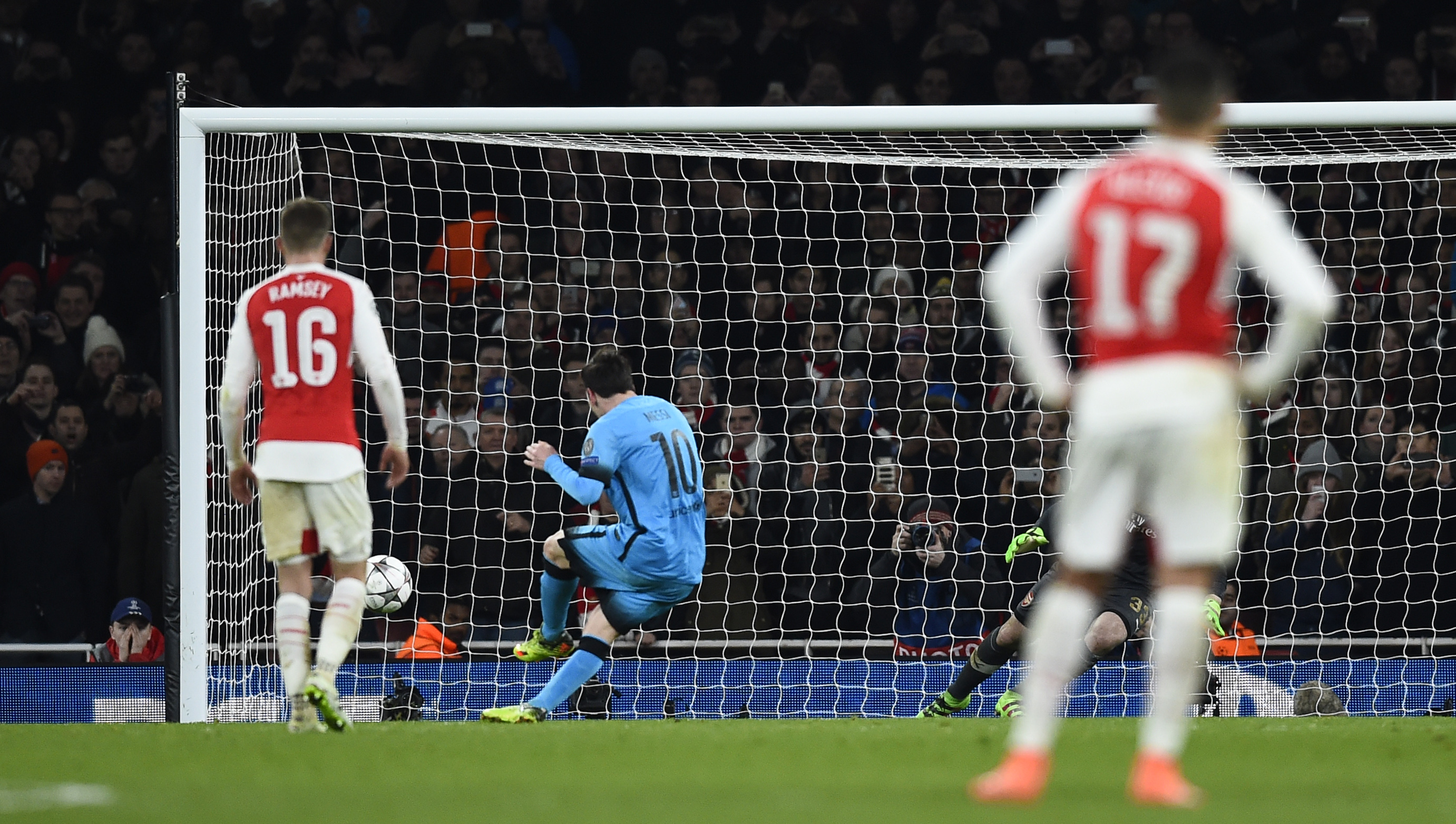 He might not be very good at penalties (no really) but Arsenal fans must be sick of the sight of Lionel Messi as the little magician goes in search of more blood this evening at the Nou Camp.

Messi hit both goals in Barcelona’s 2-0 Champions League round of 16 first leg at the Emirates, giving the Gunners an uphill battle in tonight’s return fixture.

And he clearly enjoys facing Arsene Wenger’s side as he bagged all four in a 4-1 mauling back in April 2010, before chipping in with another double the following year.

This season has been Messi’s worst for getting goals in the Champions League since he netted just twice in the 2009/10 group stages.

And the 28-year-old bagged three in the group stages this time around, netting twice against Roma as well as away in Germany to earn a 1-1 draw with Leverkusen.

In last season’s group stage Messi bagged an impressive eight goals, but having said that he isn’t exactly going through a goal drought and his Adidas Messi 15 boots are still firing!

Far from it as the Barcelona ace is busy chasing yet another record-breaking campaign.

Messi scored 91 goals in all competitions for Barcelona and Argentina in 2012, shattering Gerd Muller’s record of 85 for Bayern Munich and Germany in 1972.

Yet he is currently ahead of his own record-breaking schedule and could even reach three figures in 2016, as he had 21 and this stage and he already has 23.

Will he be edging ever closer to these landmarks against Arsenal? Given their respective forms few would bet against it.