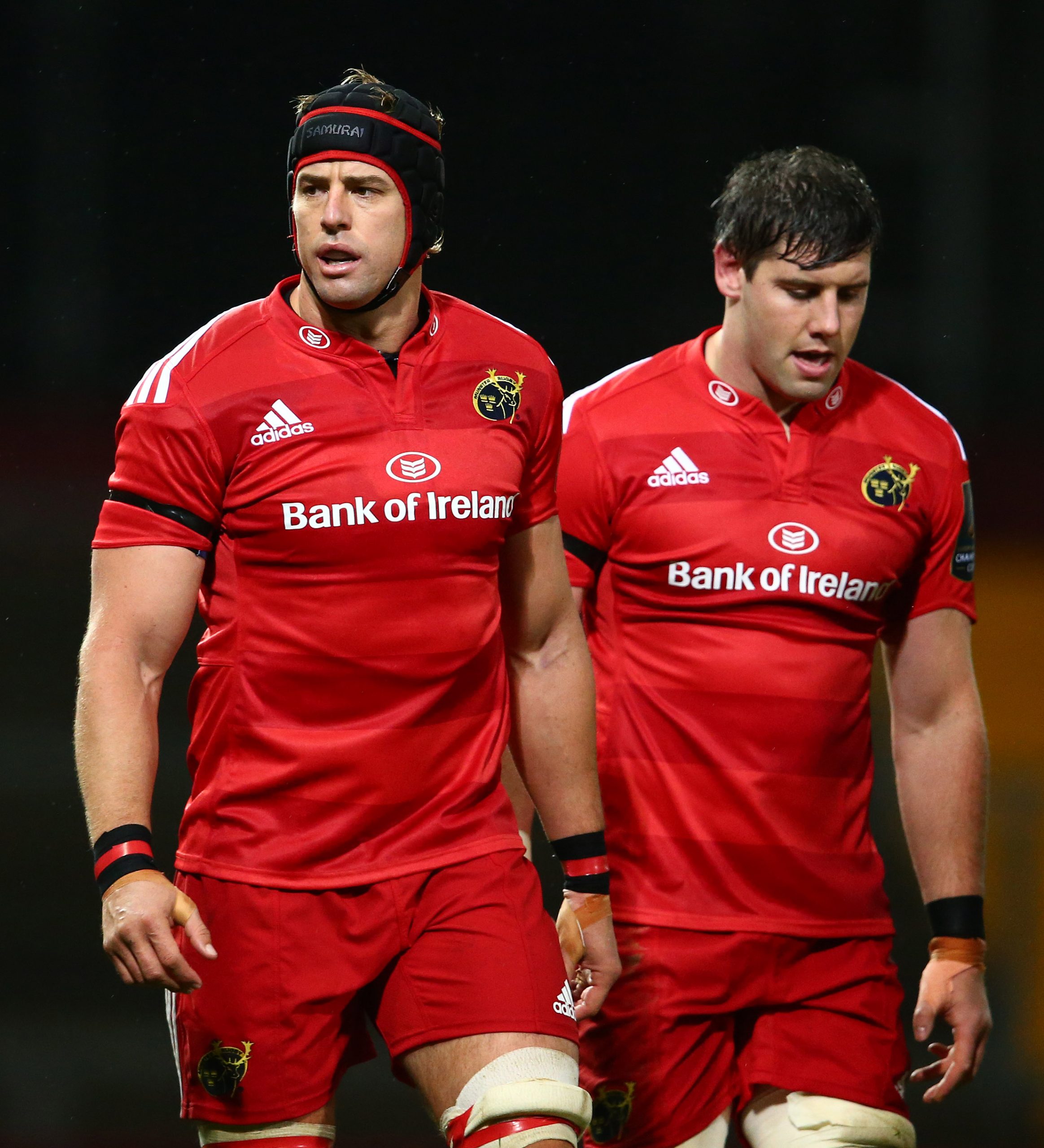 Mark Chisholm On Settling into the Munster Way of Life

Mark Chisholm is now a couple of months into his spell with the Red Army and admits he is settling quite well into the Munster way of life.

Thomond Park is an amazing venue, I remember playing with the Wallabies there in a mid-week match against Munster after playing England on the weekend.

It was a horrible night with gale-force winds, not far off what we played in recent weeks! But what sticks with you is the fans, the atmosphere, and you’re left thinking it would not be a bad place to play each week.

When I came over initially to Ireland in the summer it was a big culture shock and the style of rugby was a lot different to what I was used to. In saying that it was a style that I was very much looking forward to playing and the boys accepted me into the team straight away and made it easier.

I used to live on the beach in Bayonne and now I’m surrounded by land. I’m really enjoying the area where I live and the local community has been very accepting – it’s almost seemed too easy to settle in, actually! You prepare for something to not go so smoothly but so far the family have loved it.

I had 2 years left on my contract at Bayonne but the opportunity of playing for Munster is not something you easily pass up on.  I was delighted by that, and I was quite excited by the idea that they wanted me and could see a role for me. You take into account their past history and it makes your decision quite straightforward.

You can’t replace a bloke like Paul O’Connell and what he has done for Irish rugby. But I knew I was coming in to add to the squad, rather than replacing him and filling his shoes.

I’m just trying to add what I can along with the other guys and you’d like to think we can be as strong together.

We’re going well at the moment, I wouldn’t say we were delighted about some of the games we’ve played though. But I believe we are building something special and I think the whole squad can feel that as well.

I think some of those man-of-the-match awards should be shared around the rest of the pack, but CJ Stander doesn’t like to share! Joking aside, CJ is a big talent and the way he’s been performing week in and week out is amazing.

I was actually in awe of the standard of players in general when I first met up with Munster. I was quite concerned with the level of intensity at trainings and that I would not be able to keep up. The great thing about it is I love challenges and never complacent with the level I’m at.

There were names at Munster I’d not heard of before but they are going to be household names, I have no doubt. It’s exciting for me, it helps re-energise me to keep improving and I’ve got very high standards myself.

The match this weekend is going to be a big one for us. Coming off a great win in Belfast really gives us a boost going into Stade Francais. It’s a no brainier for us, if we want to stay alive in the Championship we have to win. The great thing is that we are in a good headspace at the moment to do that and it’s very exciting.