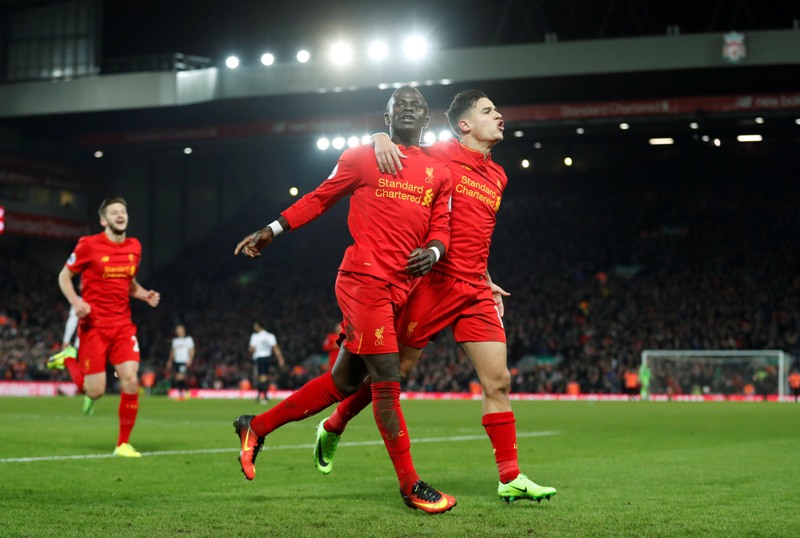 How Mane is making the difference at Liverpool

Liverpool and Arsenal’s head-to-head on Saturday could prove crucial to deciding whether it is Jurgen Klopp or Arsene Wenger’s side who finishes in the top four.

The two sides play with an attacking style which should make for an entertaining game and both outfits average around two goals per match in the Premier League. And one man who could be key in deciding the outcome of this huge clash is Klopp’s £34m summer signing from Southampton Sadio Mane.

Return of the King

The Liverpool winger came off the bench against Chelsea at the end of January before starting against Hull City – where the Merseysiders suffered a shock 2-0 loss.

But Reds fans will hope that the return of Mane will mark an upturn in fortunes for Jurgen Klopp’s side who had a disastrous start to 2017.

In their nine games played in January, Liverpool won just once – an FA Cup replay against Plymouth Argyle – seeing them exit the EFL Cup and the FA Cup after defeat to Wolves.

The fact that Liverpool’s poor form, five Premier League games without success, coincided with the 24-year-old’s absence from the team did not go unnoticed.

Mane has a better record than Suarez

Sadio Mane has been directly involved in more #PL goals than any other @LFC player this season (15: 11 goals, four assists) #LEILIV pic.twitter.com/OtIomRtUel

In his first 21 games for the Anfield club, Mane has scored 11 goals and made four assists, impressive statistics for a winger.

By contrast, Luis Suarez, who almost helped Liverpool to the Premier League title before departing for Barcelona, managed just eight goals and three assists in his first 21 games for the club.

Like the Uruguayan striker, Mane’s pace is invaluable to Liverpool’s fast style and allows him to really challenge defenders, especially on the counter-attack.

Mane’s goal record is even more important when you consider the lack of pure strikers in the Liverpool ranks.

The winger is the club’s leading scorer this season having scored twice more than Robert Firmino and three more than Divock Origi.

Mane is part of a core of creative and attack-minded midfielders to create goals with Firmino (9), Adam Lallana (7) and Phillipe Coutinho (6) all finding the back of the net regularly.

YOU CAN SHOP LIVERPOOL FOOTBALL JERSEYS NOW AT LIFE STYLE SPORTS WHERE YOU CAN ALSO GET YOUR SHIRT CUSTOMISED WITH YOUR FAVOURITE PLAYER’S NAME.