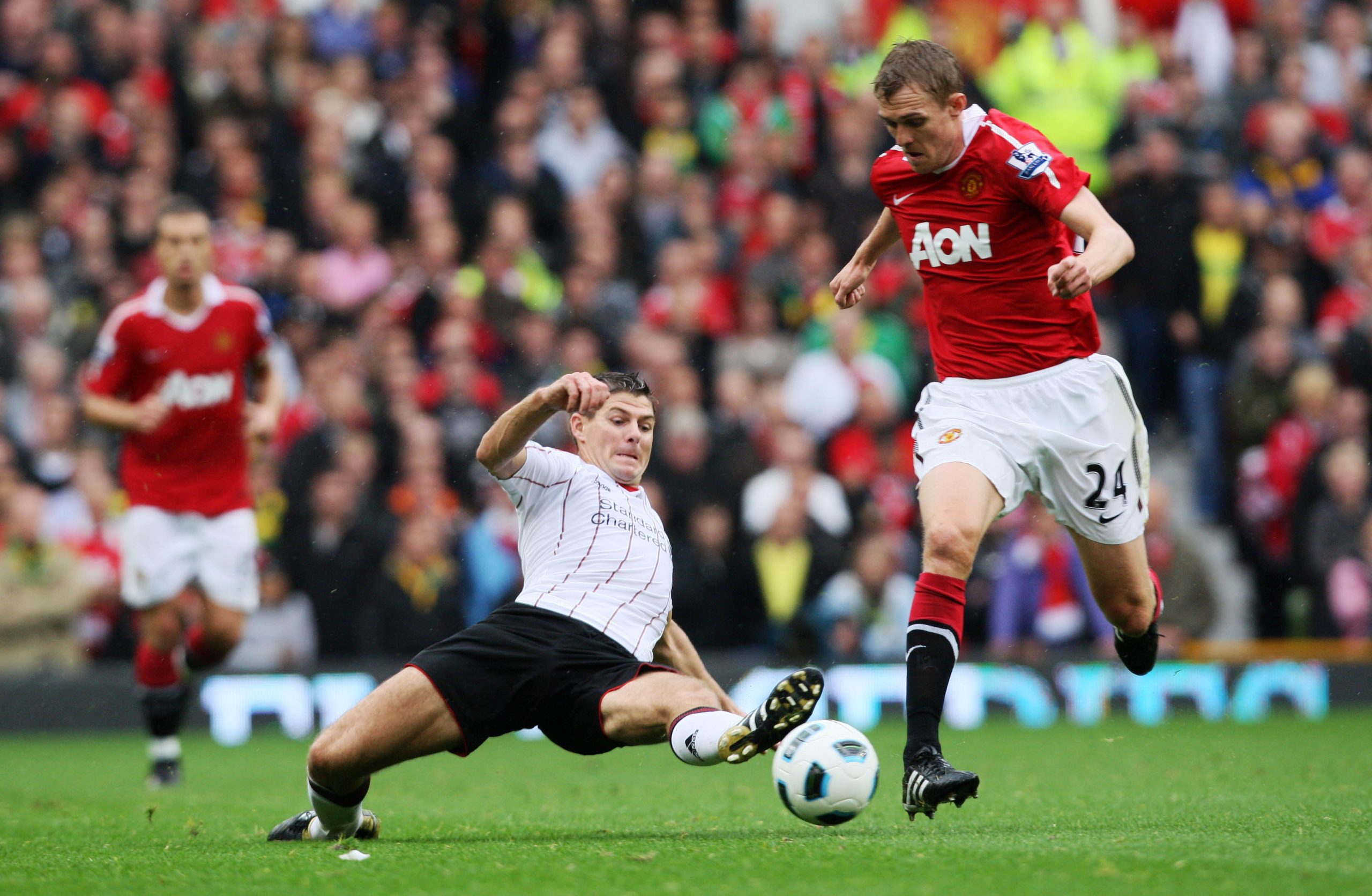 There is no end to the list of superlatives that could be employed to describe the Premier League’s most famous rivalry but this weekend’s clash between Manchester United and Liverpool has its own unique footnote.

When Jose Mourinho’s side roll out the red carpet for Jurgen Klopp’s troops at Old Trafford on Saturday lunchtime, it will singal the 200th competitive meeting between these two north west powerhouses.

Ahead of this weekend’s showdown, we’ve taken a look back at three of United and Liverpool’s most memorable Old Trafford encounters in the Premier League.

Old Trafford’s king is back

A pulsating draw of regal proportions, United and Liverpool’s meeting in early throes of the 1995-96 season was billed as ‘the return of the King’ and Eric Cantona’s return was typically theatrical.

With his nine-month suspension for infamously launching himself into the stands at Selhurst Park to stick the boot in to an abusive Crystal Palace supporter completed, the enigmatic Frenchman’s first match back in United red saw him line up against the Red Devils’ bitter rivals.

Things couldn’t have started better for the hosts, Cantona crossing for Nicky Butt to stab United into a first-minute lead but a sublime double from a 20-year-old Robbie Fowler swung the pendulum firmly back in Liverpool’s direction, the Anfield favourite rifling in an unstoppable piledriver before bamboozling Peter Schmeichel with a cheeky lob.

But Cantona wasn’t to be outdone and after Jamie Redknapp was penalised for shoving over Ryan Giggs, United’s No.7 levelled things up from the penalty spot.

With both teams in the hunt for the title, Rafael Benitez’s Reds struck what looked like a monumental blow on their rivals with a thumping victory at Old Trafford in March 2009.

After Pepe Reina had felled Park Ji-Sung, Cristiano Ronaldo converted from 12 yards to hand United the lead but Liverpool put their opponents through the wringer from there on out.

Fernando Torres, so often Nemanja Vidic’s nemesis, nicked the ball from United’s Serbian defender before slotting away the equaliser and then Steven Gerrard tucked home a penalty after being tripped by Patrice Evra.

Two unlikely scorers notched to round off a day to savour for Liverpool, Fabio Aurelio curling home the resultant free-kick from the foul that saw Vidic sent off for taking down Gerrard before Italian full-back Andrea Dossena lofted a late lob over the head of Edwin van der Sar.

There could be little debate over who was United’s hero when the Red Devils and Liverpool locked horns in September 2010.

Ditmitar Berbatov took home the match ball after an extraordinary clash, the Bulgarian striker having put the home side 2-0 to the good with two efforts either side of half-time, a header from a Giggs corner and a sublime hook past a hapless Pepe Reina with his back to goal.

Back came a Gerrard-inspired Liverpool though, the England midfielder dispatching a penalty after Jonny Evans had tripped Torres before expertly curling a low free-kick through the United wall to make it 2-2.