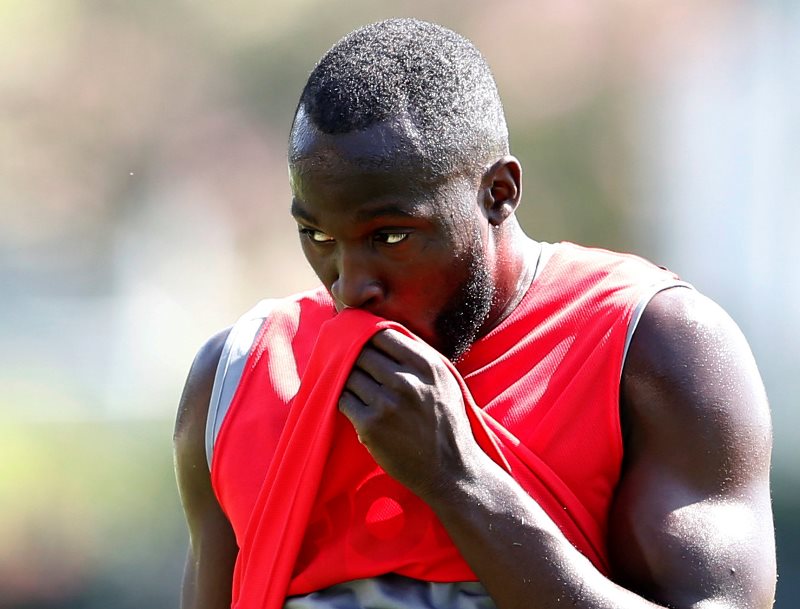 Earlier this week, as Romelu Lukaku completed his big-money move from Everton to Manchester United, the Irish Herald dropped a clanger.

On the back page of the Monday edition of their newspaper, the Herald carried an interview with the 24-year-old striker along with the headline ‘Lukaku is ready for work’, accompanied by a picture of a man wearing a United tracksuit top. 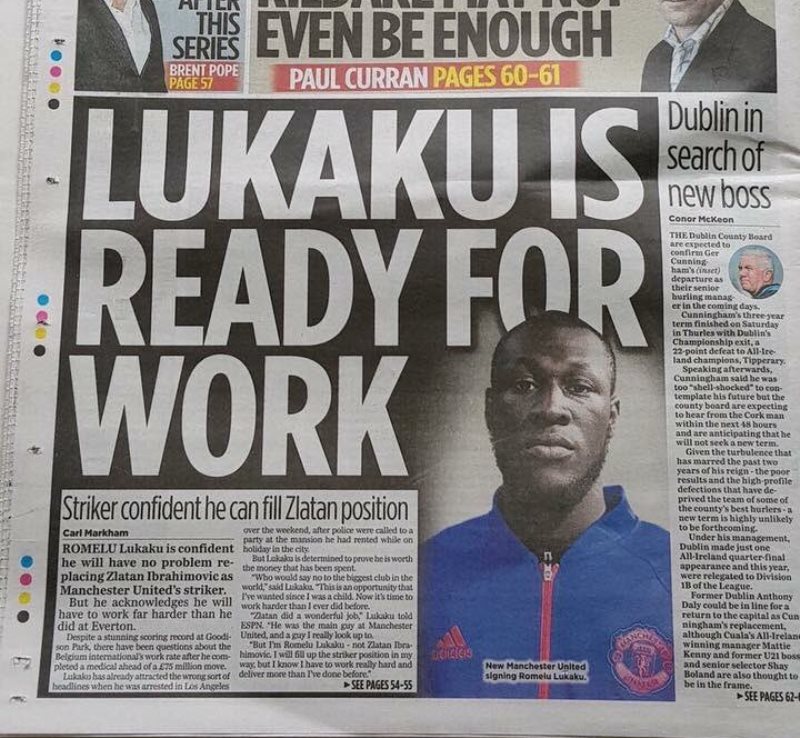 The key issue here is that the person pictured was not the Belgian frontman but grime artist and Red Devils fan Stormzy.

Herald editor Alan Steenson said the paper were ‘totally embarrassed’ by their gaffe and to avoid you similarly putting your foot in it, we’ve come up with a handy 10-point guide to help you tell Lukaku and Stormzy apart.

2. In his song ‘Wicked Skegman Part Four’, Stormzy reveals his height is 6ft 5in – Lukaku is 6ft 3in tall.

3. Both men have appeared on camera with Paul Pogba.

Lukaku will be playing alongside the midfielder next season, who interviewed him for United’s social media channels following his move to the Red Devils.

Meanwhile, Stormzy appeared in a promotional Adidas video alongside Pogba, which was accidently released before the Frenchman’s return to Old Trafford from Juventus was officially confirmed.

4. Stormzy released a debut album named Gang Signs & Prayer, which was the first grime album to reach the top of the UK albums chart – Lukaku has never released a charting album.

5. Lukaku has scored 145 career club goals, as well as finding the net 20 times for Belgium – Stormzy has not played professional football.

6. Stormzy’s single ‘Big for Your Boots’ peaked at No 6 on the UK singles chart – Lukaku’s boots, which fit his 13.5-size feet, were described as ‘the biggest boots EVER’ by his new teammate Juan Mata.

7. Lukaku has won the Everton player of the season, the Premier League player of the month award for March 2017 and the Belgian Ebony Shoe – Stormzy was not nominated for any of those gongs.

9. Lukaku scored more league goals than Cristiano Ronaldo, Thierry Henry and Michael Owen before the age of 23 – Stormzy has not scored a league goal.

10. Lukaku should have been pictured on the back page of Monday’s Herald – Stormzy should not have been.

And now you know.