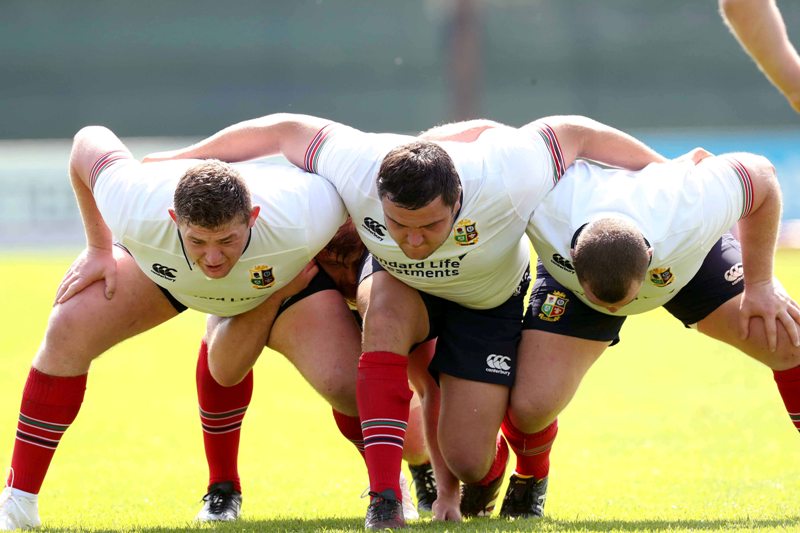 Our Lions XV for first Test against New Zealand

The first game of the British & Irish Lions tour is less than a fortnight away now and the excitement is quickly spreading with the squad now into their second week of training camp.

The Munster squad, who have the small matter of the Guinness PRO12 final to win, will join them in due course but we know the first Test will be here before we know it.

And so, we’ve been looking at which players should join the nine Irish (remember Chicago?) we’ve selected for the starting line-up ahead of the all-important first Test against the All Blacks.

We’re not expecting head coach Warren Gatland to be listening but here are our arguments anyway, at least then we can say we’ve tried.

This perfect front row trio proved they have what it takes to beat the All Blacks in Chicago last November, and we’d be more than happy to see them all start the first Test. Best is the epitome of experience and has led Ireland and Ulster perfectly in recent times, his leadership will be vital.

Iain Henderson was monstrous at times during the RBS 6 Nations but not even the 6ft 7in 25-year-old is quite able to dislodge Kruis and Jones from the starting XV. Kruis has been very impressive for both Saracens and England over the last two years while Wales captain Jones also deserves his spot on his third Lions tour – especially after the Welsh lock led the Lions to victory in Australia four years ago.

With Billy Vunipola unfortunately missing the tour due to injury, we’ve selected the back row that was so impressive in that final RBS 6 Nations encounter against England. That 13-9 victory was evidence enough for us that this trio can work perfectly together and offer hard-ball running, countless tackles and the ability to get over the ball in the rucks to earn turnovers. All bases are covered.

Sexton was an inspiration for the Irish team when he came in late to the RBS 6 Nations and demonstrated, without doubt, how important he is to the way the squad play. With Ben Youngs unavailable, Murray edges out Rhys Webb and Greig Laidlaw to start, providing the perfect link between the powerful forwards and the creative backs behind.

Henshaw, as an out and out centre, gets the nod ahead of England fly-half Owen Farrell at inside centre but Joseph is just ahead of Payne in our view. Henshaw has been picking the brains of Brian O’Driscoll ahead of flying to New Zealand and there’s no better rugby mind to learn from. Payne will hopefully get a spot on the bench after surprising many with his selection.

Unfortunately we’re out of Irish players by this point, but thankfully the rest of the nations are able to step up with some world-class offerings. Hogg has been voted RBS 6 Nations player of the championship in the past two years while Nowell has consistently proven his ability with ball in hand for Eddie Jones’ side. Williams too deserves his spot after impressing for Wales and guiding Scarlets to the Guinness PRO12 final.