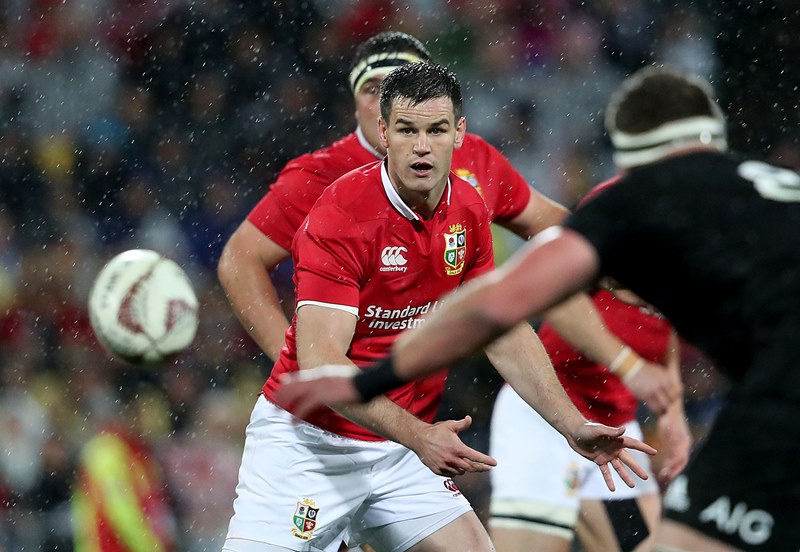 The British & Irish Lions have kept their series alive with a hard-fought win over the All Blacks in Wellington on Saturday.

They go into Saturday’s third and final Test with the series tied at 1-1 and in with a chance to become only the second Lions squad to win in New Zealand following the 1971 tourists – and also make it back-to-back series victories.

So what do Warren Gatland’s side need to do to win the third Test at Eden Park and return home victorious?

If the Lions are to get the upper hand over the All Blacks then they will have to get the better of them at the lineout.

It was one of the things they did manage to do in the first Test but after leaving out both George Kruis and Peter O’Mahony in the second they were not as dominant.

While neither is expected to come back into the starting line-up, O’Mahony could come onto the bench at the expense of CJ Stander, who was an unused sub in Wellington.

Given his memorable steal against England in the Six Nations, that could be a valuable tool, and the Lions will be keen to improve on a lineout success rate of 80 per cent on their own ball, having managed to steal just one in the second Test. Get that right and they could be in with a chance.

With Sonny Bill Williams suspended and Ryan Crotty likely injured there is a chance for the Lions to exploit a possible weakness in the line-up.

Steve Hansen has recalled Malakai Fekitoa and he is likely to start with the versatile Anton Lienert-Brown and then New Zealand the pick will be between Fekitoa or Ngani Laumape.

Lienert-Brown is a fantastic talent, but only made his international debut last year, while Fekitoa is rumoured to be heading overseas having dropped down the pecking order.

Laumape has been a revelation in Super Rugby, and is a battering ram in the centre of the park, but he is even more inexperienced, having made his Test debut a week ago. If his first Test start is in a deciding Test against the Lions, then they have to take advantage.

The 10-12 partnership between Ireland’s Johnny Sexton and England’s Owen Farrell could prove to be key. It was brave call before the second Test but proved to be the right one as the Lions won.

Before the second Test Gatland was said to taking a risk as the pair had never started together before, but now they have it is less of a risk.

Sexton and Farrell’s dual kicking threat is likely to be a weapon again and their ability to distribute the ball should also mean that glaring opportunities are less likely be spurned.

It will certainly slow the New Zealand defensive line if the Lions have a pair of playmakers creating uncertainty in the backline.

The British & Irish Lions have only won a series once in New Zealand – back in 1971. So if Gatland’s men could defy the odds and win on Saturday and win the series they will become heroes. Their names will be talked about in years to come like Lions legends Willie John McBride, J.P.R. Williams and Gareth Edwards.

If they were to win the series it would be their second successive tour win, following victory in Australia four years ago. That is something they have not done since 1974 when McBride captained the Invincibles to glory in South Africa.