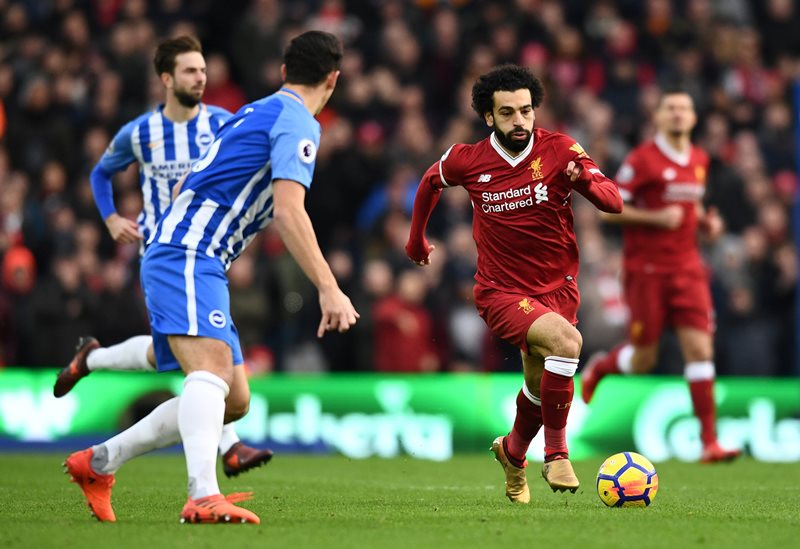 Player of the year – Harry Kane

It was only ever going to be one man, wasn’t it?

Tottenham Hotspur talisman Harry Kane was simply breathtaking in 2017 and you may just have noticed that with back-to-back hat-tricks at the end of the year, he surpassed Alan Shearer’s Premier League scoring record for a calendar year, the 24-year-old racking up 39 goals in 36 games.

If you bring his England statistics into the mix, Kane notched 56 times for both club and country last year – the sky is very much the limit for the Premier League’s deadliest frontman.

Sunderland fans had little to shout about last year but the emergence of Jordan Pickford was a rare bright spark at the Stadium of Light.

With the Black Cats relegated, Pickford made a big-money move to Everton in the summer and the 23-year-old has continued to look like one of the country’s most naturally talented stoppers with his sublime agility and sumptuous distribution.

Signing of the year – Mohamed Salah

It’s worth taking a step back to appreciate just how much of a roaring success Mohamed Salah has been at Liverpool since his summer move to Anfield for a fee that could reportedly rise to just under £44 million.

After impressing at Fiorentina and Roma following his unsuccessful Chelsea spell, the Egyptian winger looked as though he would be a handy addition to Liverpool’s forward line but the 25-year-old has knocked all expectations into the stratosphere.

With blistering pace and a clinical, direct style, Salah had racked up 17 Premier League goals before the turn of the year, a tally most widemen would be delighted with in a whole season.

Manager of the year – Antonio Conte

Chelsea desperately needed a saviour following a dismal 2015-16 campaign and, as the calendar rolled in 2017, manager Antonio Conte already appeared to have transformed the Blues’ fortunes.

The former Juventus and Italy boss more than lived up to his sterling reputation by taking Chelsea right back to the top of the tree, winning the title last season with a new Premier League record of 30 wins.

While Manchester City appear to have raised the bar so far this term, Conte’s Chelsea, who also reached last year’s FA Cup final and have qualified for both the last 16 of the Champions League and the semi-finals of the League Cup, began today second in the table.

Manchester City midfielder Kevin de Bruyne demonstrated exactly why some consider him currently the best player in the Premier League with a virtuoso display against Stoke in October.

The Belgian was irrepressible as City dismantled the Potters 7-2 at the Etihad Stadium, setting up four goals for team-mates, with his bamboozling through ball that teed up Leroy Sane for the hosts’ sixth a particular highlight.

Quote of the year – Arsene Wenger

“Are you talking about the French elections?” – with his future a continual point of discussion in press conferences towards the end of last season, the Arsenal manager found an inventive way to play dumb and avoid the subject during a midweek media session in April.