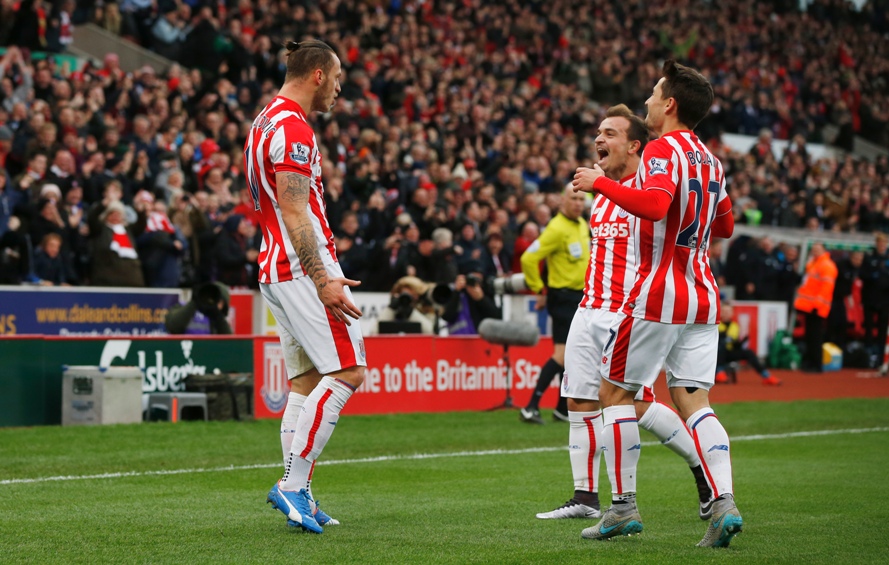 Stoke City aren’t what they used to be.

Once thought of as big horrible ogres sent out by Tony Pulis to terrorise their opponents, they are now deemed to be the Midlands answer to Barcelona, with an attack-minded team full of panache and guile.

The reality though, is they have become an almost perfect blend of the two.

The sheer spending power of Premier League clubs means suddenly the likes of Stoke can compete with the heavyweight Italian, French and German clubs for players such as the holy trinity of Xherdan Shaqiri, Marko Arnautovic and Bojan Krkic who wow us on a weekly basis.

And it is the ability of Mark Hughes to attract such a calibre of player that has made the all-important difference to the Stoke of the Pulis days.

Coming out on top against Manchester United and beating Everton in a seven-goal thriller thanks to some sublime football leaves The Potters two points behind fifth-placed Crystal Palace at the halfway stage of the Premier League season.

Three points from the opening six games of the campaign has had them playing catch up, but now there seems to be no stopping them.

Stoke for Europe? You wouldn’t bet against it.