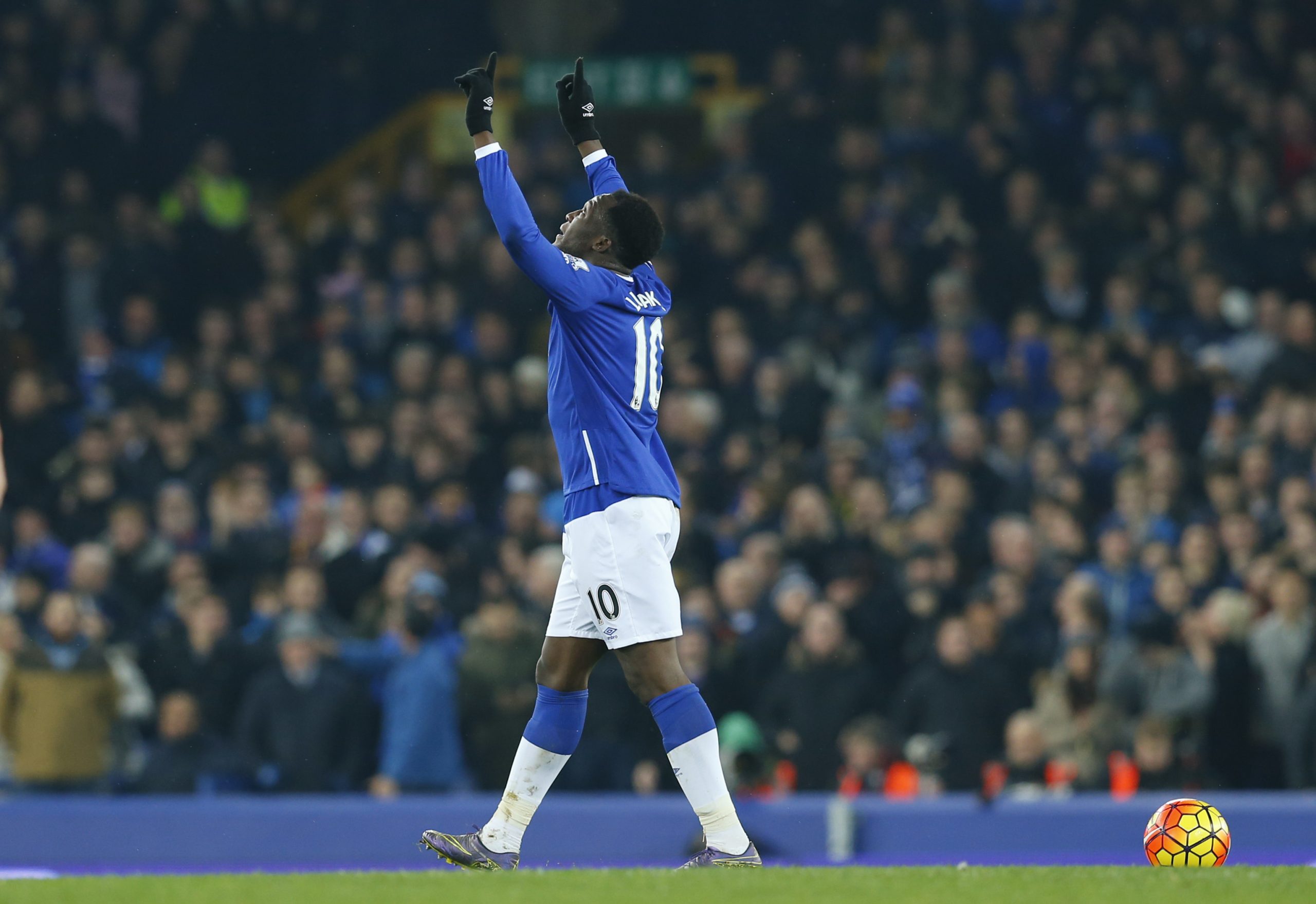 Jamie Vardy has undeniably stolen the headlines for high-flying Leicester so far this season, but arguably Everton’s Romelu Lukaku has had just as big an impact on the Toffees’ resurgence in the Premier League this season.

The powerful Belgian has netted six goals in his last five league games and while there is still a long way to go, in his current vein of form there’s no reason he could not go on to immediately break Vardy’s new goalscoring record.

Lukaku netted his 50th goal for Everton on his 100th appearance in a Toffees jersey on Monday to rescue a point for his side against Crystal Palace.

Having tormented Damien Delaney and Scott Dann all evening, twice hitting the woodwork, Lukaku finally found the mark with nine minutes remaining of the clash, turning home from close range, and the 22-year-old hitman is determined to keep his head down so his form can continue.

“I am privileged to be in this position but I need to keep working – working and staying focused on the next game,” he said.

“I don’t feel the pressure now because I am in a flying high moment.

“When the game is over I look at it the next day and then I focus on the next game. I don’t really look back to the past, I always try to look forward and live day by day.”

Monday’s strike took his total to 11 goals for the season and 27 in the calendar year.

And with Everton now looking a different prospect than the side that finished 11th last term, Lukaku is desperate to help his side back into the Premier League’s top six.

He added: “I am proud but I’m a team performer, so I’m happy with the record but disappointed we didn’t get the three points.

“After their goal we reacted well, it shows we have great character in the team.

“To be honest that is the standard I’ve set myself since I was 16. I always had one goal every two games so you always put your standard there, but if you can do better you have to do better.”