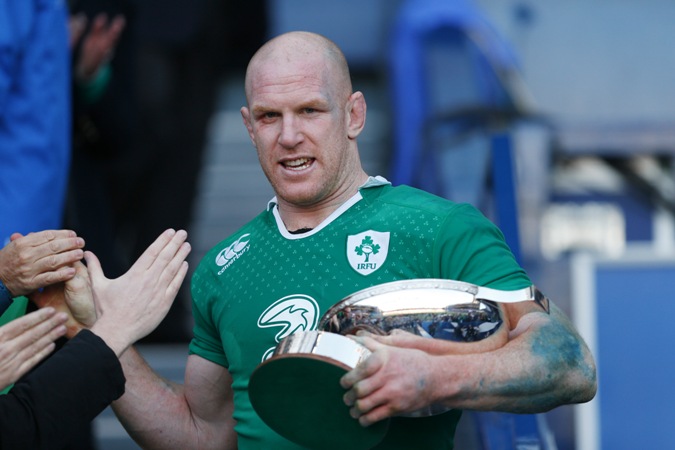 Tears are being shed throughout Ireland today at the news that favourite son Paul O’Connell has laced his boots for the very last time.

Although we had already come to terms with the fact O’Connell had worn the emerald shirt for the final time, the inspirational lock was set for a fresh challenge and attempting to make his mark across the channel with European rugby heavyweights Toulon.

A hamstring injury is a sad way for the 36-year-old’s career to end but: don’t cry because it’s over, smile because it happened.

“I have been blessed to be a professional rugby player for over 14 years and to be part of Munster and Ireland teams that have experienced success,” O’Connell said in a statement to announce his retirement.

I have played with some of the best players to ever line out in the red of Munster and the green of Ireland and have had the privilege of captaining my country.

“I would like to thank everyone who has supported the teams I have been a part of. The support you have shown me is humbling and an immense source of pride for both myself and my family.”

O’Connell captained Ireland to victory in the last two Six Nations championships and was part of the 2009 squad that won the Grand Slam. He is the third most capped player in Ireland’s history and was shortlisted for the IRB Player of the Year a decade ago.

He has been the heartbeat of a golden era for Irish rugby and earned every one of his 115 caps for the nation as well as the British & Irish Lions.

At club level O’Connell won two Heineken Cups with Munster and three Pro12 championships, achievements that earned him the Freedom of the City of Limerick and an honorary doctorate from the city’s university.

The term ‘legend’ is often overused but, in this case, barely does the man justice.

Paul, we salute you, happy retirement.