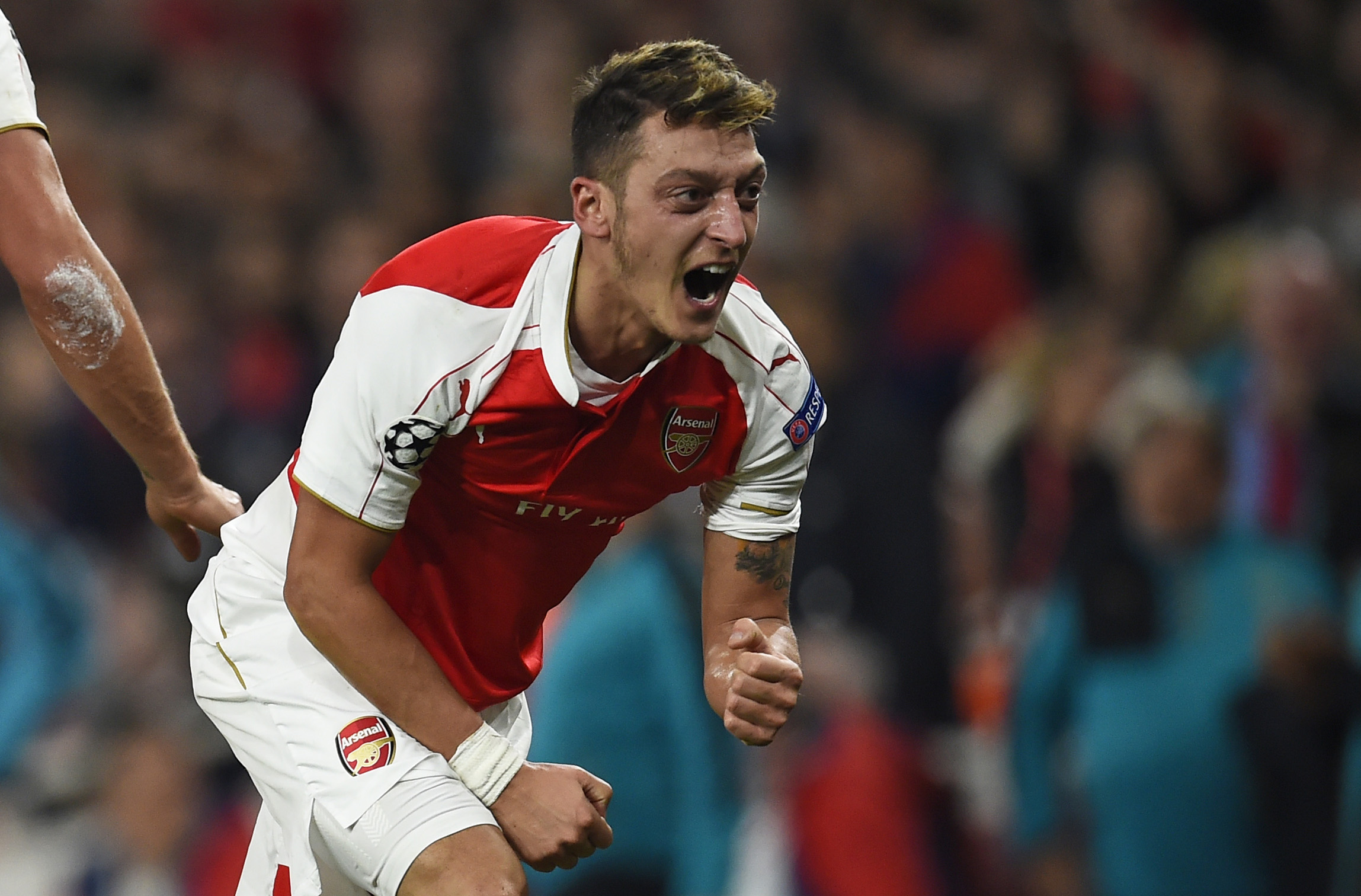 Mesut Ozil has been winning a legion of fans for his ability to set up goals, but Theo Walcott believes the German’s defensive abilities shouldn’t be overlooked either.

On Monday night Arsenal served the rest of the Premier League a notice of their title intentions as they beat Manchester City 2-1 at the Emirates.

Walcott himself got the ball rolling, curling beyond Joe Hart from distance before Olivier Giroud struck low and hard to double the Gunners’ lead on the stroke of half-time.

Yaya Toure halved the deficit with a sublime left-footed effort with eight minutes left but it was too little too late as Arsenal head into Christmas sat second in the league, two points behind suprise leaders Leicester City.

Once again Ozil was the architect for Arsenal, setting up both goals to move on to 15 assists for the season already.

But even though Thierry Henry’s Premier League record of 20 assists in a season is well within Ozil’s sights, Walcott insists the World Cup winner deserves praise for all facets of his game.

“It’s amazing,” Walcott said of Ozil and his form. “He’s very modest. The thing about Mesut is that he sees things that most players don’t even see on the pitch.

He knows what he’s going to do before he does it, you just have to make that run.

“We’ve got special players on the pitch who provide special moments in the match, and that makes our jobs so much easier.

“It’s a team game but you need these players in your team if you want to continue to play as well as we are at the moment.

“The amount he gives to this team, the threat going forward and also defensively, he puts a shift in and people don’t see that side of the game which has changed in the whole squad.

“Everyone’s working hard and I completely cramped at the end when I was chasing Yaya, but it just shows the amount of hard work that everyone’s put in this week.

“It’s difficult when you don’t play for eight days, to be able to get yourself up for it. The guys are going to be totally knackered tonight and they probably won’t get any sleep either.”

As for the man of the moment, Ozil is simply keeping his head down.

This is the third time Arsenal have been second at Christmas and the previous two times the Gunners have gone on to lift the title – with Ozil not thinking about anything else right now.

“I’m happy to help the team,” the German said. “You see on the pitch that my team-mates help me to play my game. I just help them in return so this [the City win] was another important game for us.

“I tried to give my best and we won the game, so we take the three points and that’s the most important thing.
“We believe in ourselves. Look at the results against the big clubs and you’ll see that we’ve won against them, so we know our quality if we can play our game. We will give our best all season to try to win the title.”