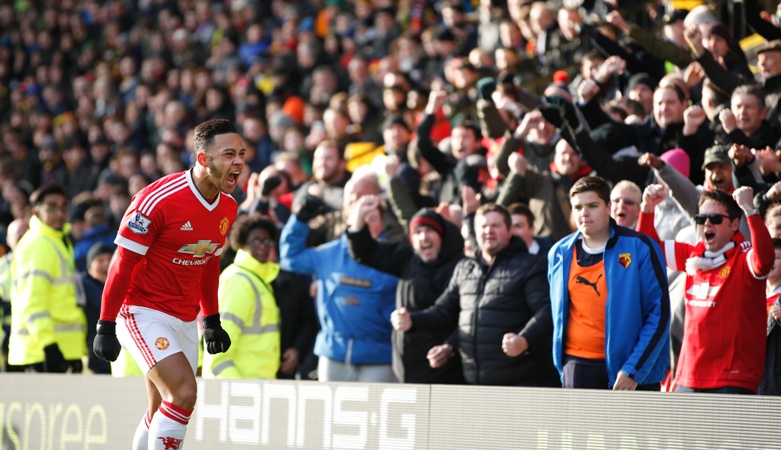 Strikers Wayne Rooney and Anthony Martial are fit again after missing Manchester United’s weekend win over Watford, but boss Louis van Gaal has hinted he may give Memphis Depay a fresh chance to prove his worth.

With options limited at Vicarage Road, Van Gaal fielded Depay at the focal point of the United attack at and the Holland forward responded with only his second Premier League goal.

Depay has struggled to justify his £25million transfer fee in the early months of the Premier League season, saving his best performances for the Champions League in which he has scored three times.

But, despite having Rooney and Martial to choose from once more, 21-year-old Depay may well get the nod once more as United chase the win needed to reach the Champions League knockout stages with a group match to spare.

“I am a coach that always demands, not only one match but several matches,” Van Gaal said of Depay’s performance at the weekend.

“It is not automatic (that Rooney starts). It is always a decision of the manager.

“Marouane Fellaini, Rooney and Martial have to show their fitness and then I have to compare which are the best players to fit in our game plan. That is the same procedure every match.”

Ander Herrera, Phil Jones, Michael Carrick and Antonio Valencia are out through injury, while Bastian Schweinsteiger sat out a portion of Tuesday’s training session.

The corresponding fixture between United and PSV in September was soured by the challenge from Hector Moreno that saw left-back Luke Shaw break his leg in two places.

Van Gaal has told Shaw he is not obliged to be at Old Trafford to watch Wednesday’s match, but has dismissed the notion his walking wounded squad will look to seek retribution on the England international’s behalf.

“No, my players are not doing that,” he added.

“I am sure of that. It was not his purpose (to injure Shaw).

“He is dealing with his injury very well, but now he is a little bit fed up with the daily routine so I’ve given him four days off – also because of PSV.

“Firstly, he was fed up with the daily routine. And secondly, I thought why he is fed up, maybe it is because of the PSV match and every player has to watch the game from the stadium to support their colleagues.

“I don’t think he will be here, but I don’t know. Maybe he surprises me.”