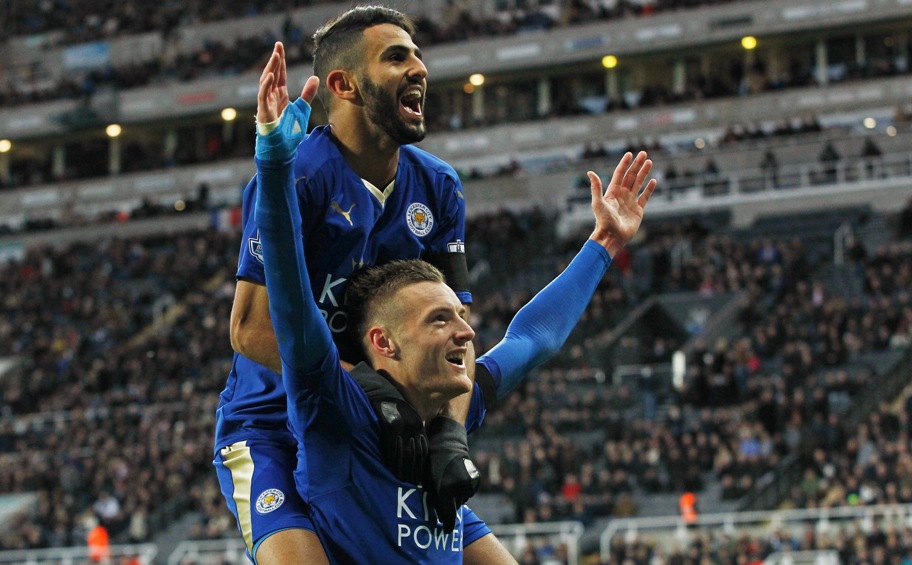 Sixteen games in and Leicester City are riding high at the top of the Premier League after putting reigning champions Chelsea to the slaughter on Monday night.

They have lost just once in the league, have scored more goals than anyone else and in Jamie Vardy have the division’s player of the season so far.

So can they go all the way and win their first ever Premier League title?

When Claudio Ranieri succeeded Nigel Pearson at the helm in the summer, bookmakers were offering odds of 2,000/1 on them to be crowned champions, with relegation deemed a far greater probability.

And, though revised odds now have them joint-fifth favourites with Tottenham Hotspur to lift the trophy come May, there appears to be no stopping them.

Ranieri has described this period as a “magical” time for the club, though also insists the target for the season remains 40 points to assure survival – they are five short of that milestone with 22 games to play.

But while the charismatic Italian is not daring to dream, that does not stop us from doing so.

In Vardy, Leicester have a lethal finisher, whose raw pace and eye for a run are a weekly nightmare for the Premier League.

Playmaker Riyad Mahrez has been, well, unplayable. The shackles he was playing with under Pearson are well and truly off and Lionel Messi would be proud of the things being produced by the Algerian’s wand of a left foot.

Danny Drinkwater and Mark Albrighton look reborn, N’Golo Kante is rivalling Petr Cech for the division’s most astute summer signing and Kasper Schmeichel is doing a fine impression of his world beating father.

The acid test of Leicester’s title credentials looks set to come before the end of the year. Back-to-back trips to Merseyside to take on Everton and Liverpool are followed by the visit of Manchester City to the King Power Stadium in the final game of 2015.

Three challenging fixtures in such a short space of time should tell us whether Leicester do indeed have the squad depth and the mentality to sustain their title charge.

But a return of six to nine points should keep them top of the tree post Christmas.

The next challenge will be to fend off the vultures that will almost certainly be circling around Mahrez and Vardy in the January transfer window.

If Ranieri can successfully do that, then the current 20/1 shots are worth backing.